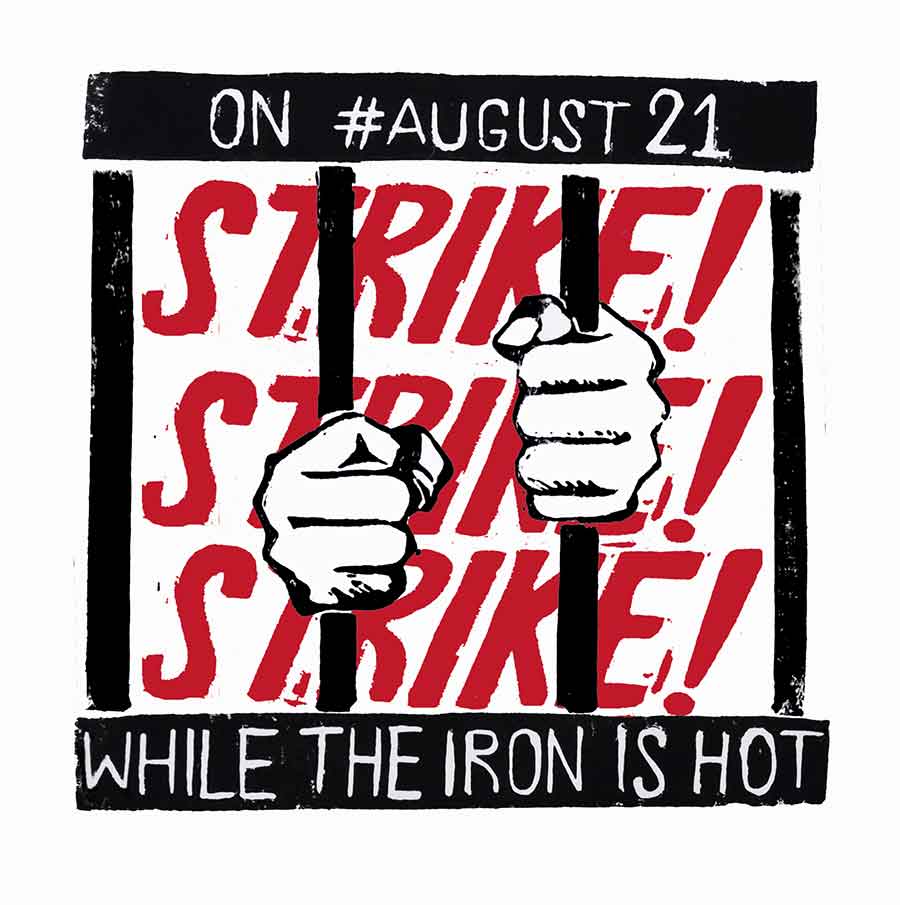 Friend of Justeeds and Interference Archive Amanda Priebe shared two designs showing solidarity with the prisoner strike on August 21, 2018. You can download printable versions from our Graphics page.
Organized by the Incarcerated Workers Organizing Committee-IWOC they state and make the following demands:

Men and women incarcerated in prisons across the nation declare a nationwide strike in response to the riot in Lee Correctional Institution, a maximum security prison in South Carolina. Seven comrades lost their lives during a senseless uprising that could have been avoided had the prison not been so overcrowded from the greed wrought by mass incarceration, and a lack of respect for human life that is embedded in our nation’s penal ideology. These men and women are demanding humane living conditions, access to rehabilitation, sentencing reform and the end of modern day slavery.

What exactly does the strike include?Putting guards in danger is hypocrisy.