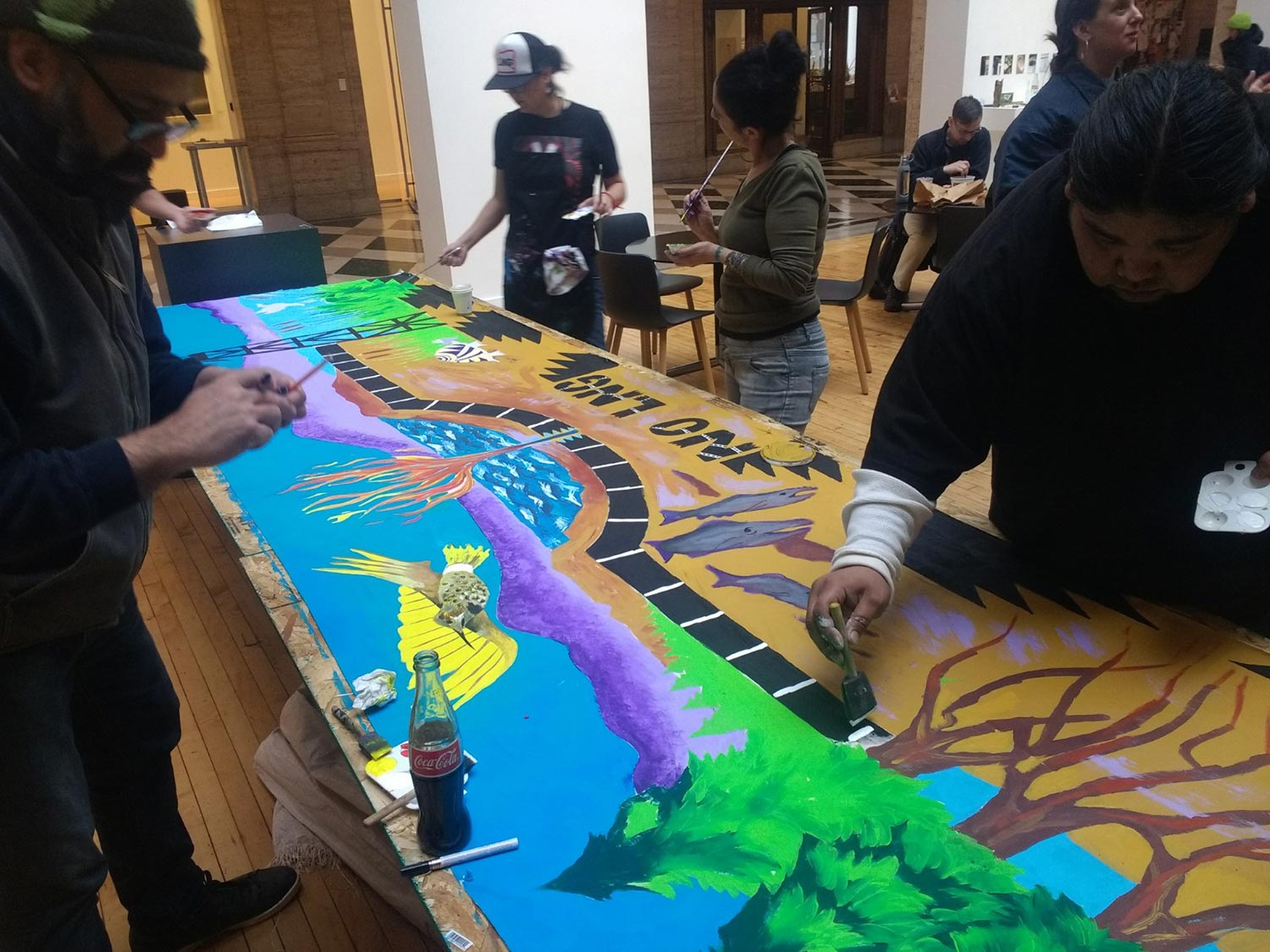 In early March I helped to organize a banner-painting Propaganda Party at Pacific Northwest College of Art in Portland, over three lunchtimes in the school’s central atrium. I’m the Cultural Organizer in Residence there this year, and part of my process within that is to invite in political art-making events, so that students and the broader public can get some hands-on time with large-scale public intervention techniques. For this event I collaborated with Klamath/Modoc artists Ka’ila Farrell-Smith and Asa Wright to create a big, bright banner featuring their art, and addressing the fight against a planned Liquefied Natural Gas Pipeline in rural Southern Oregon (subject of a recent editorial in the New York Times). Lots of people came out to help, and we got to talk about the fight against the pipeline with a big cross-section of Portland society. More events like these are planned in the coming months, and this banner will be confronting Oregon’s Governor Kate Brown at a hearing next week! 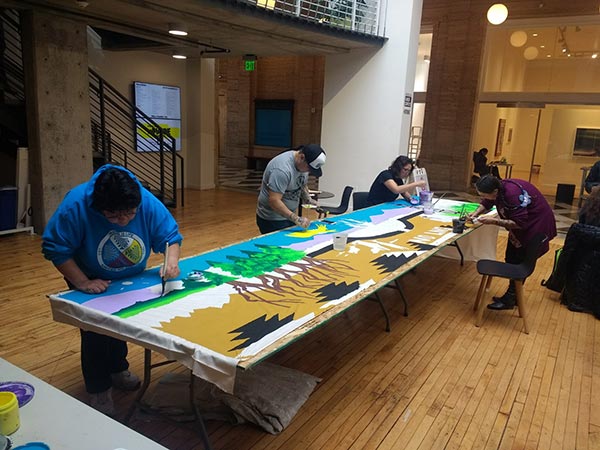 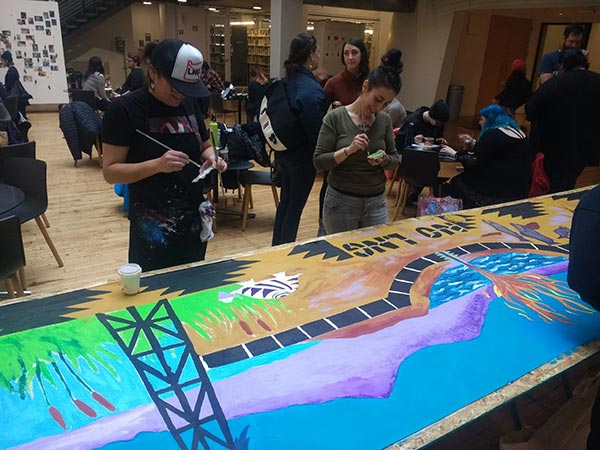 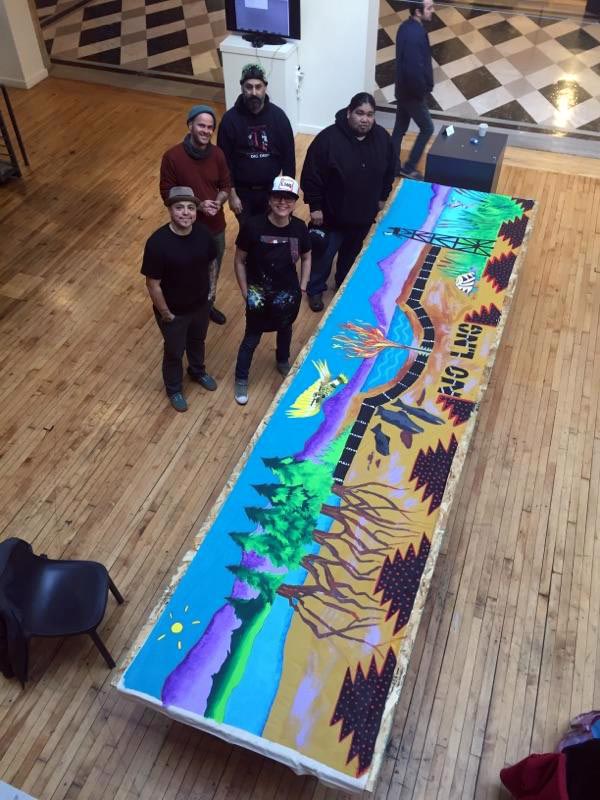