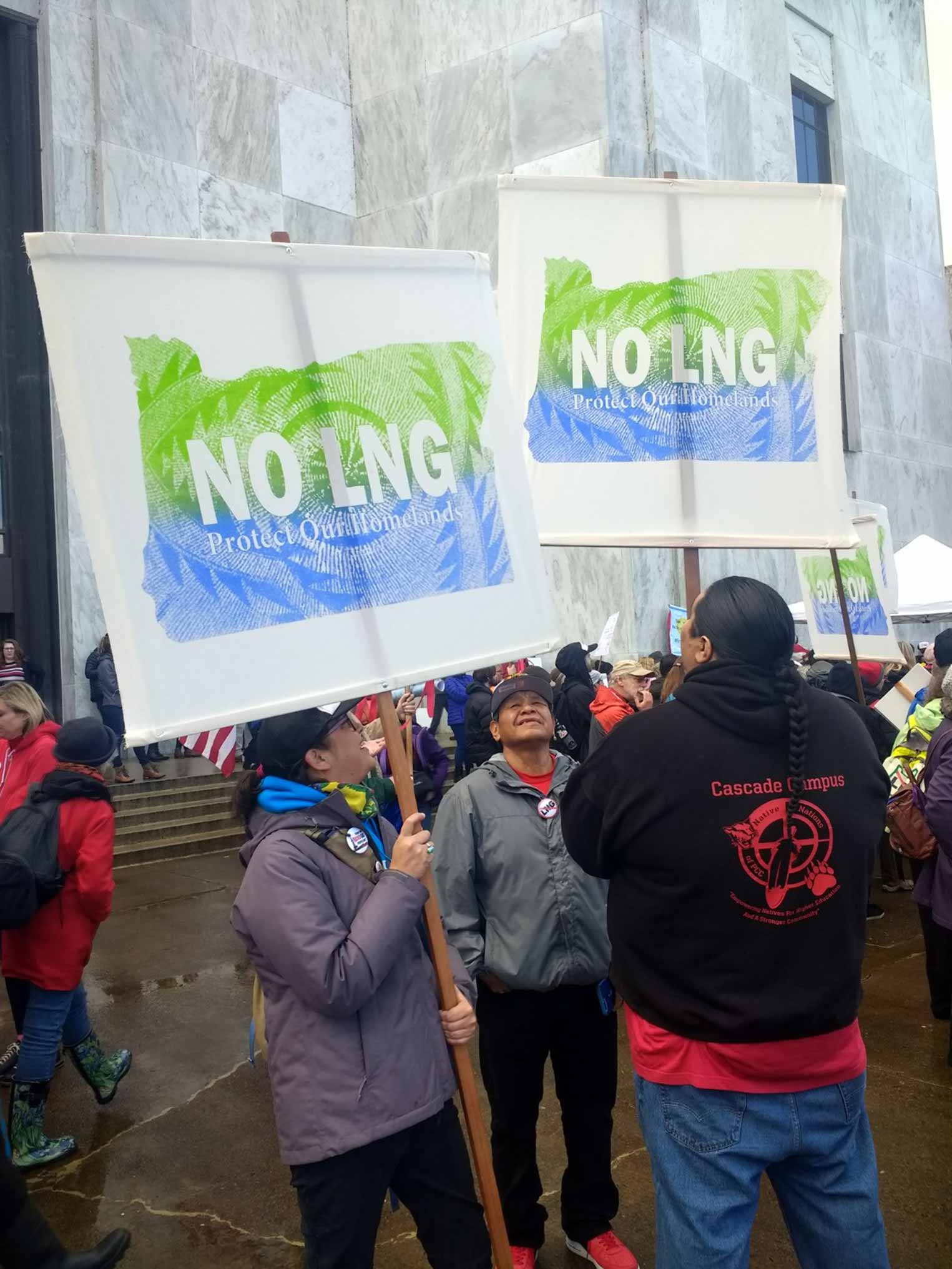 Over the last few weeks I’ve been collaborating with Klamath artists Ka’ila Farrel-Smith and Asa Wright to produce some big banners for a rally against Liquefied Natural Gas export in Oregon. The proposed project, to build a gas terminal in the coastal town of Coos Bay and a massive pipeline across farmland and forest to the main trunk pipeline that feeds California, is being vigorously opposed by a number of tribes from the affected region, and assorted other environmental organizations. It’s great to see the way that the leadership of this movement is indigenous-led, and it was an honor to work with Asa’s design to create these big No LNG flags for the rally. The background in the design is a Klamath basket pattern, from a gambling basket; adding an extra layer of symbolism to the big gamble that building more fossil fuel infrastructure is taking with the future of the land, the water, and the people. 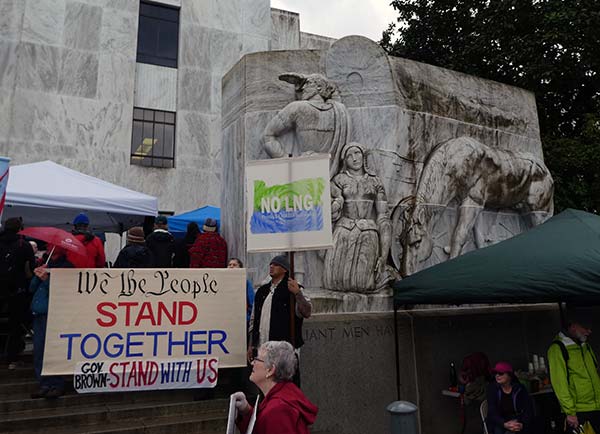 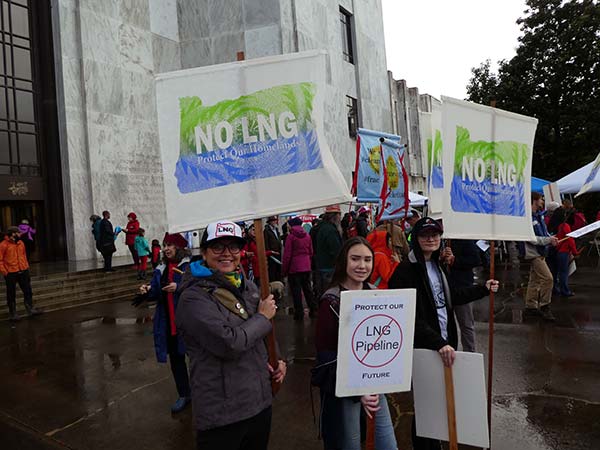 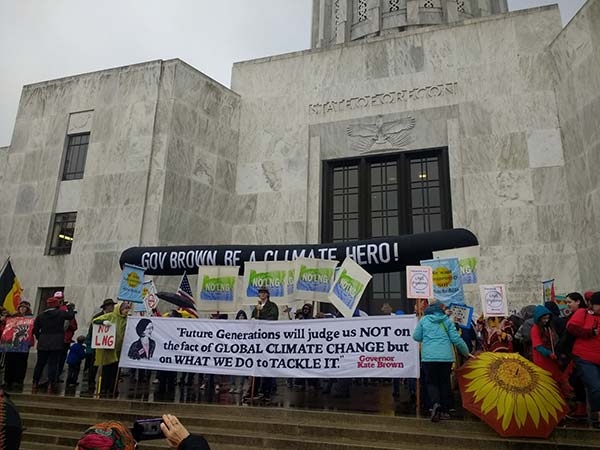