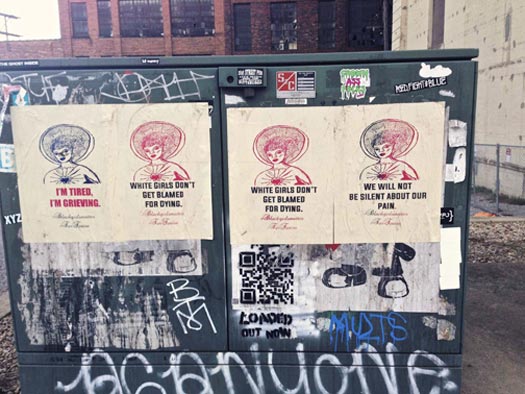 For context, these appeared on the streets after this:
Media coverage on the brutal assault and murder of 16 year old Teaira Whitehead emphasized that she was previously “known to law enforcement”.
Note that another WTAE report on a murder committed on the street where I live, of a young white man, emphasized that he was a devoted young father and only notes in the last bit that he had a history of drug charges.
Subjects