Everyone in Justseeds has been cranking out illustrations for a collaboration with Microcosm to do a series of books about influential radical people/groups in the Americas. I had to make an image of Yuri Kochiyama (long time ally of liberation struggles and political prisoners).
It’s interesting to think about how to approach illustrations like this, you want it to represent the person, you want it to look like the person and maybe capture some of what you consider interesting or inspiring (their spirit). I didn’t want it to look like the weird ‘portraits in history’ that were in the Sunday comics when I was a kid.

Some people really put the image in context with symbols (like Roger’s previous blog post of Geronimo– where there actually isn’t a face in it at all), others did fairly straight portraiture. I was thinking of what I’d do for an image of Yuri Kochiyama. Her standing over a ruined prison…? seemed a little hyperbolic. She was arrested during the occupation of the Statue of Liberty in 1977- and that is a powerful image, but she was there in solidarity and support with Puerto Rican activists protesting the unfair treatment of political prisoners. To use this as her image casts her as a leading catalyst, which is not something I’m sure she’d be comfortable with.
Anyway, deadlines were looming so I started trolling the internet for pictures of her to see if anything caught my eye. There’s a great image of her with a microphone from the 60s, making a speech at a rally or something, but that one has been used a lot. I found a nice picture of her at a symposium or a meeting. The light was hitting her face nicely and she looked like she was listening and about to speak. I generally make block prints, and this particular image had a lot of greys, it felt really hard to reduce down to black and white. I gave up on the block print idea and just tried to draw it a bunch of different ways. In my favorite one I used this hatching technique that looked like a drawing style from a yoga manual from 1979. I scanned the drawing and emailed it to my girlfriend who told me it looked like I took the photo and ran it through a photoshop filter called “yoga manual sketch from 1979”. But it was a real drawing! One done with 2 sharpies! It was good feedback though, so I started fucking with the drawing and thinking about how the process of turning it into block-print might change it enough to make it something new.
There was no way I could do this as one color, even two colors started to seem impossible to me. Three? maybe. But really I wanted to do 4 colors! Instead of cutting each individual plate I decided to do a reduction cut, which would lessen a lot of the work.

(For non-printers a reduction cut is where you use one piece of linoleum (or wood) and you print from the lightest colors to the darkest colors, cutting out (or reducing) the image as you go. It’s nice because you keep the same registration marks, so a lot of the work in lining up colors is eliminated. They are also called suicide cuts, once you get your printing done your block has been reduced down to the darkest color, making it unusable again.)
Anyway, I enjoyed the process on this one, reduction cuts can be pretty fast moving. I printed and cut the 1st three grays in one night. Then I waited a day (for the ink to dry) to put the black over the top. Multi color printing is always interesting too because I tend to find that I really like the look of the unfinished product, in this portrait of Yuri I really like it with only grays, and the way that brayers left the ink rolling out from her face….
This was a fun mental process to go through, how do we choose to represent someone? Especially in a case like Roger’s with Geronimo, when there’s only one or two pictures of someone and those pictures are really well-known. With Yuri at least I had a ton of photos to look through.
Also if you’re interested in Yuri Kochiyama, read the book I read….”Heartbeat of Struggle” by Diane C. Fujino. It’s really great!
Subjects
Racial JusticeSocial Movements

Thank you for this entry Icky!I haven’t been making art for a very long time and find the best way to learn techniques is from this kind of step by step process documentation. They end up being tutorials for me. I would not have been able to identify how you made the Yuri piece but not have some familiarity with a multi color linoleum process. Super cool and inspiring!

thanks for posting this, icks. always really interested in hearing people’s processes behind their image-making. i love the brayer-marks as well.. 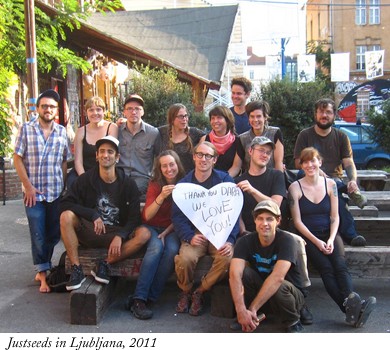 I went back through our blog from this last year and picked out some stuff that had stayed with me. Sometimes it was just an image, other times an article… 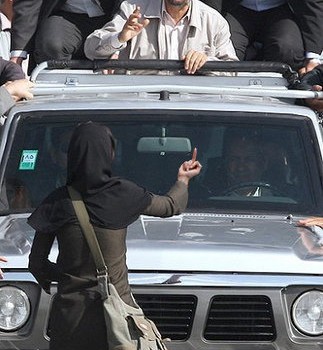 Maybe this means something different in Iran. (Sorry, if I knew where this photo came from I would credit it) 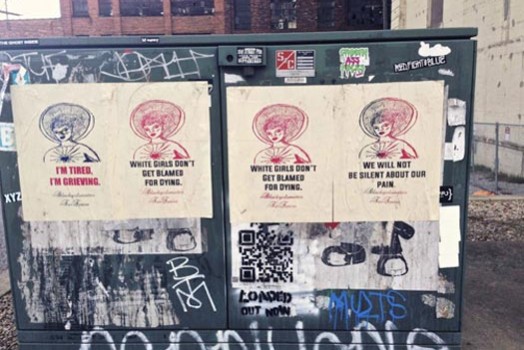 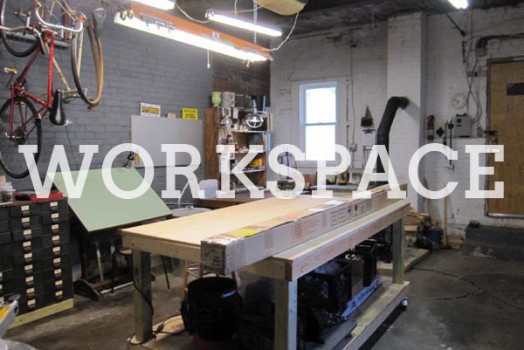 Here is another studio visit, in which I ask Justseeds members to describe their current studio and to talk about their ideal workspace. This time with Shaun Slifer from Pittsburgh:…