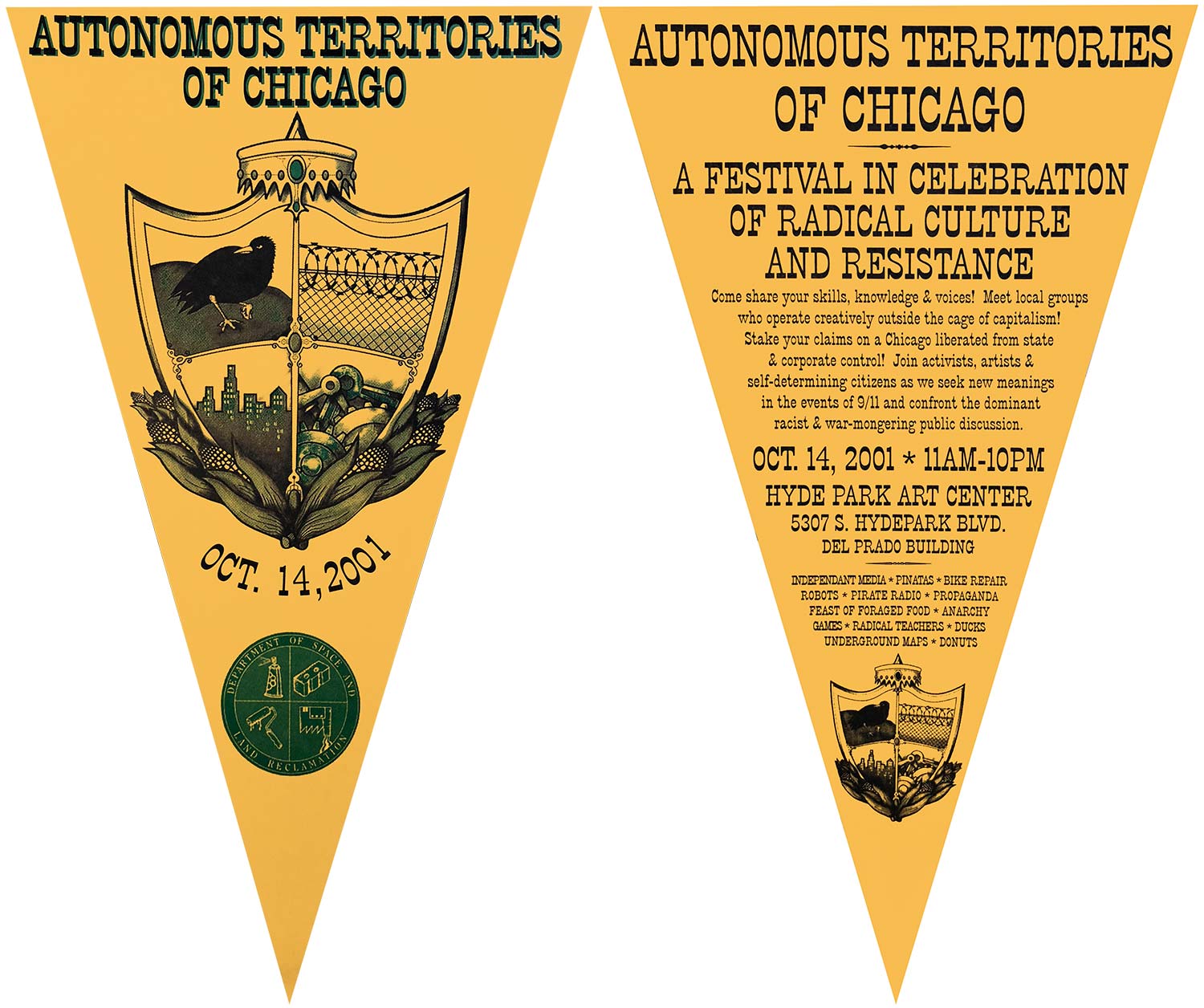 The Autonomous Territories of Chicago (ATOC) was a project of Counter Productive Industries. It was planned for Fall of 2001 in a traditional gallery and for which we were able to swindle funding out of the Chicago Department of Cultural Affairs. The idea behind ATOC was simple, invite a number of different art, activist, and community groups doing exciting work around Chicago to come to a utopian carnival and fair and pretend they were “Autonomous Territories,” i.e., what would their practice look like if they were not under the heel of the city, state or capitalism. Unfortunately right before all of this was to come together September 11th happened, and we felt we had to change our program. We still built six booths or stands for groups to present their utopias (including God’s Gang, who brought live chickens and a rooster!), but we also decided to build our carnival around alternative information about September 11th, the Bush regime, and what was actually happening the United States and Afghanistan. We painted a giant 40 foot long flow chart on the wall which presented connection between government officials, corporations, guns, money and drugs. Packets of alternative info were handed out as DJ’s spun records, a rooster crowed, poets read, and people learned how to post their own news on Indymedia.

This is a promotion flyer for the event, created by Counter Productive Industries (CPI) and designed by Dave Grant.