A Generation of Support Through the Bars 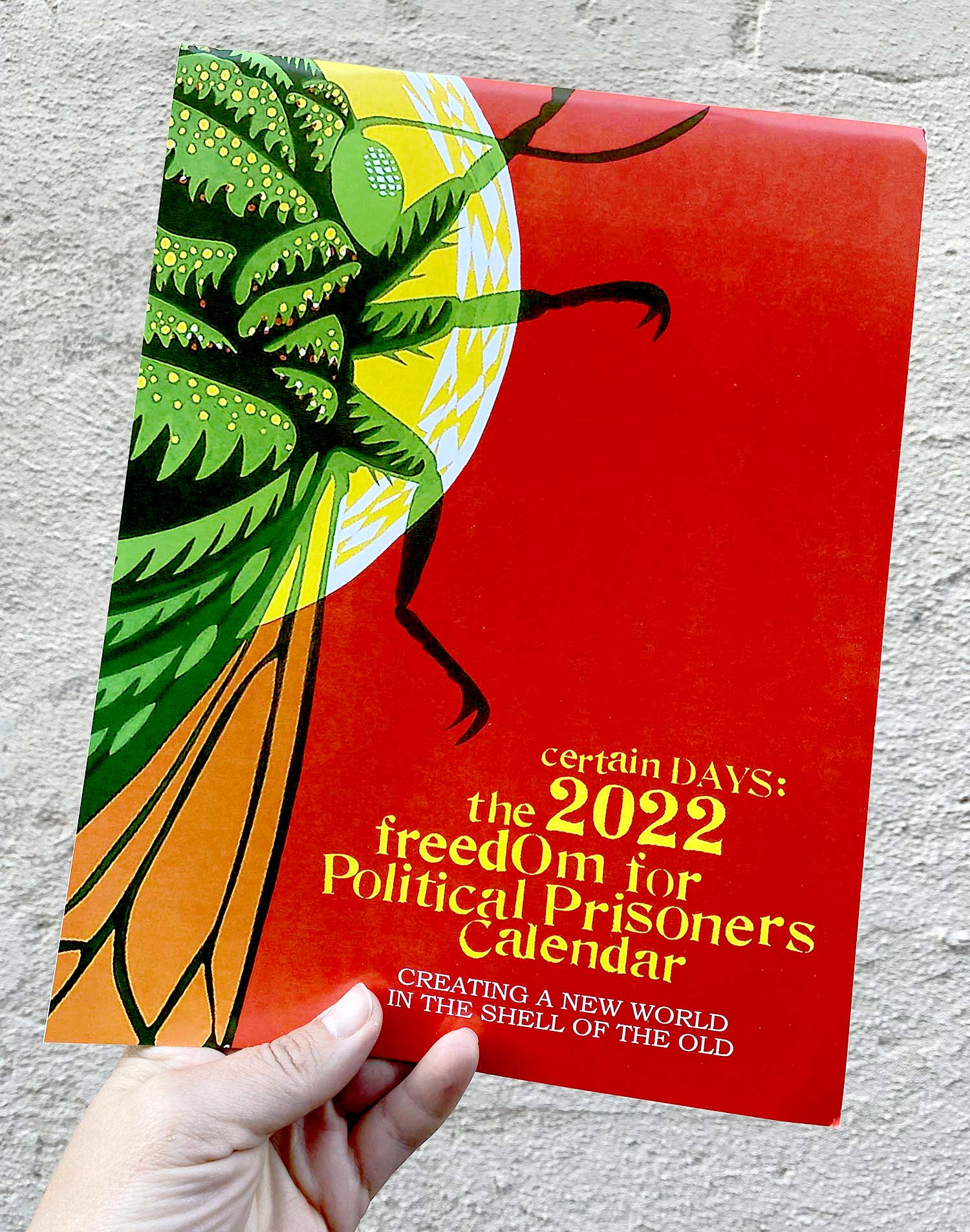 We’re always excited to get the new Certain Days calendar in stock every autumn, and this is the 21st year that the Certain Days collective has pulled it off! This calendar is filled with radical historical dates, thought-provoking articles, and beautiful artwork for each month throughout the year. All proceeds support prisoners and grassroots organizations like Release Aging People in Prison (RAPP), Addameer, Barton Prisoner Solidarity (BAPSOP), Tucson Anti-Repression Crew, Prison Health News & Austin ABC.

Each calendar has 12 thought-provoking essays and 12 pieces of beautiful art that address a yearly theme – in 2022, the theme is ‘Creating a New World in the Shell of the Old’. You’ll feel inspired every day of the year, with radical historical dates and lots of space for your own plans.

The Certain Days: Freedom for Political Prisoners Calendar is a joint fundraising and educational project between outside organizers in Montreal, Hamilton, New York and Baltimore, with two political prisoners being held in maximum-security prisons: David Gilbert in New York and Xinachtli (s/n Alvaro Luna Hernandez) in Texas. Founding members Herman Bell and Robert Seth Hayes were happily welcomed home from prison in 2018. All of the outside collective members are involved in day-to-day organizing work other than the calendar, on issues ranging from refugee and immigrant solidarity to community media to prisoner justice. They work from an anti-imperialist, anti-racist, anti-capitalist, feminist, queer- and trans liberationist position.

Jesus Barraza, Peter Railand, and Roger Peet are in this year’s calendar representing Justseeds, with Roger’s artwork on the cover!