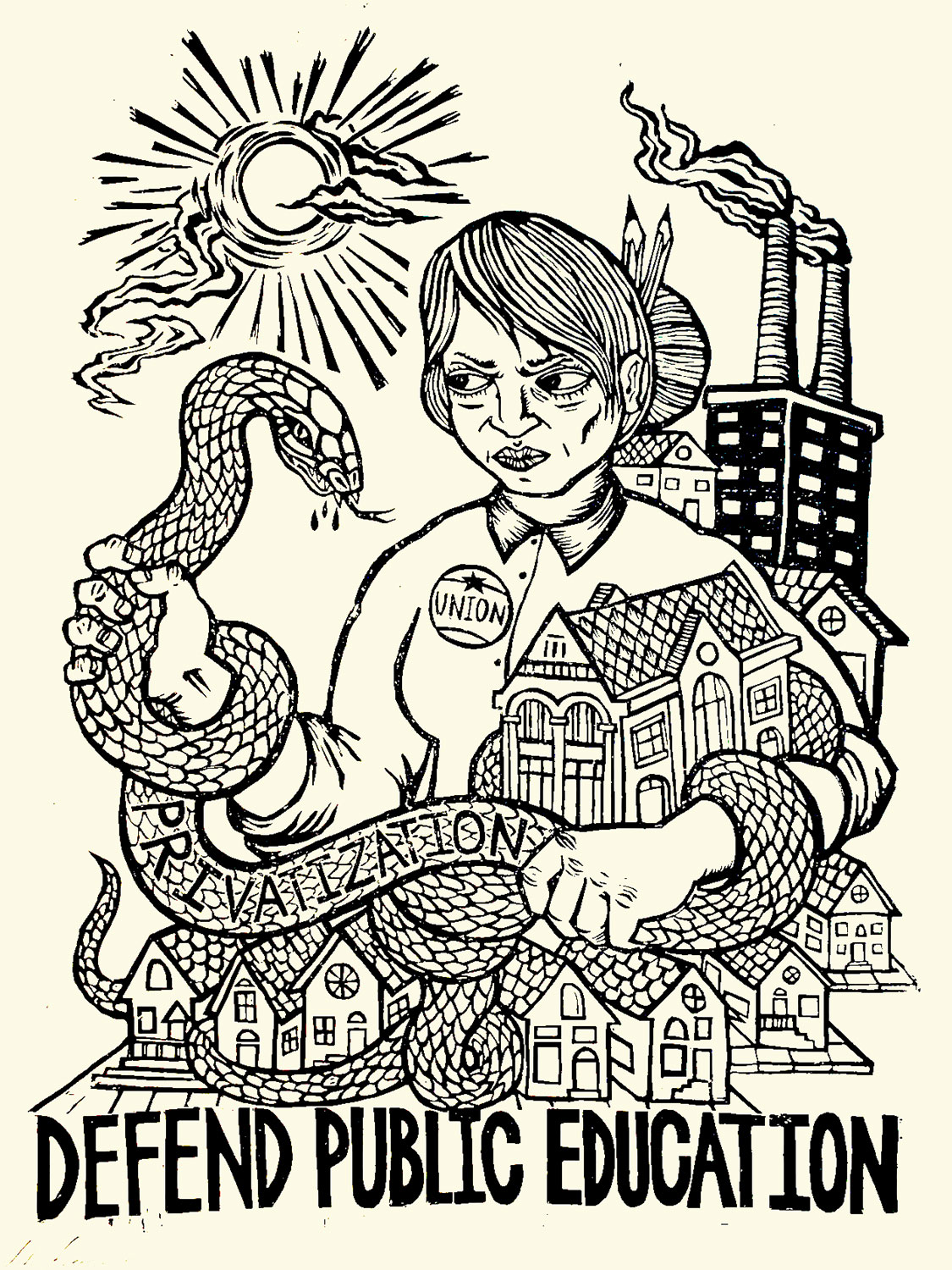 Defend Public Education – Public Education is under attack by the forces of privatization who exploit students and workers for profit. Voucher schools leech funding from our public system. The best defense against privatization and austerity is a militant union. This print has appeared on picket lines of teachers strikes around the United States and hangs in classrooms around the world. 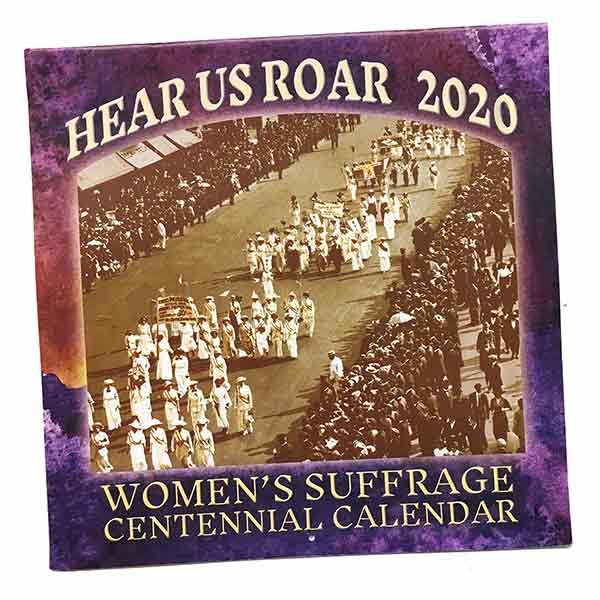 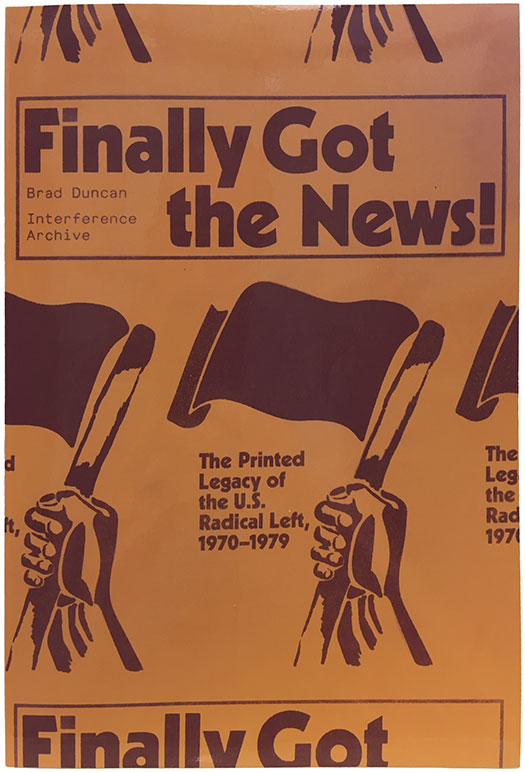 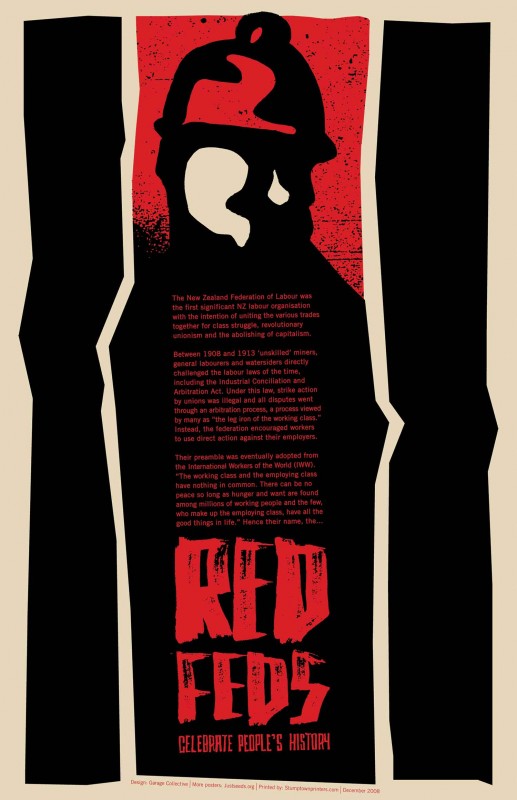 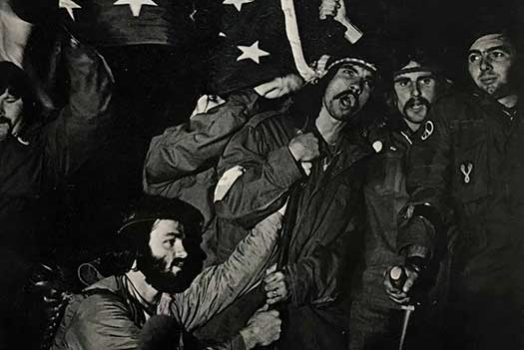 I was surprised to stumble on this really nicely designed book by and about the Vietnam Veterans Against the War, published in 1971 by Collier, a major publishing house. It’s… 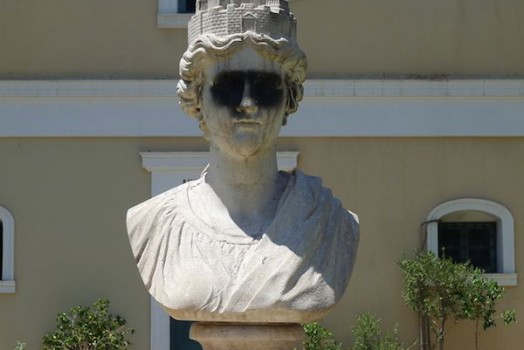 My friend Eric Triantafillou just sent me this photo from his recent trip to Greece. In his words, “Athena is blind to the suffering of Athenians.” 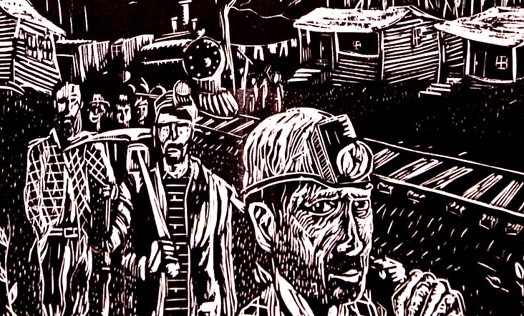 The fight for Blair Mountain continues…

by Shaun Slifer
In the News

Many folks are gearing up for the June 4-11 March on Blair Mountain. The excerpt below came down the wire from organizers, along with this awesome new print from Providence-based…