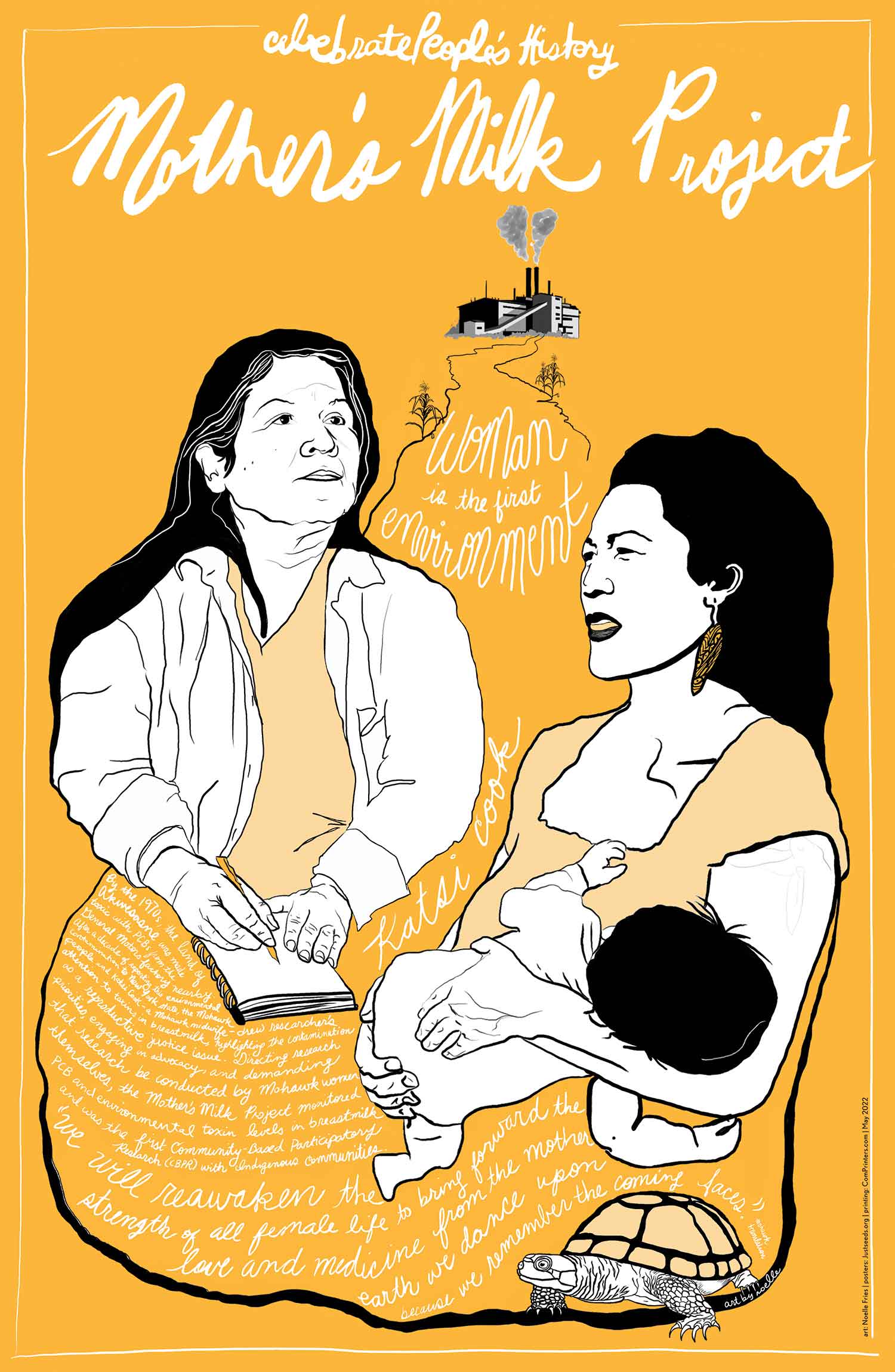 By the 1970s, the land of Akwesasne was made toxic with PCBs from the General Motors factory nearby. After a decade of reporting this environmental contamination to New York State, the Mohawk people and Katsi Cook—a Mohawk midwife—drew researcher’s attention to toxins in breast milk, highlighting the contamination as a reproductive justice issue. Directing research priorities, engaging in advocacy, and demanding that research be conducted by Mohawk women themselves, the Mother’s Milk Project monitored PCB and environmental toxin levels in breastmilk and was the first Community-Based Participatory Research (CBPR) with Indigenous communities.

“We will reawaken the strength of all female life to bring forward the love and medicine from the mother earth we dance upon becasue we remember the coming faces.” (Mohawk translation)

This is #163 in the Celebrate People’s History Poster Series.

Noelle Fries is a queer facilitator, advocate, and researcher based in Lenape Territory, also known as Brooklyn.