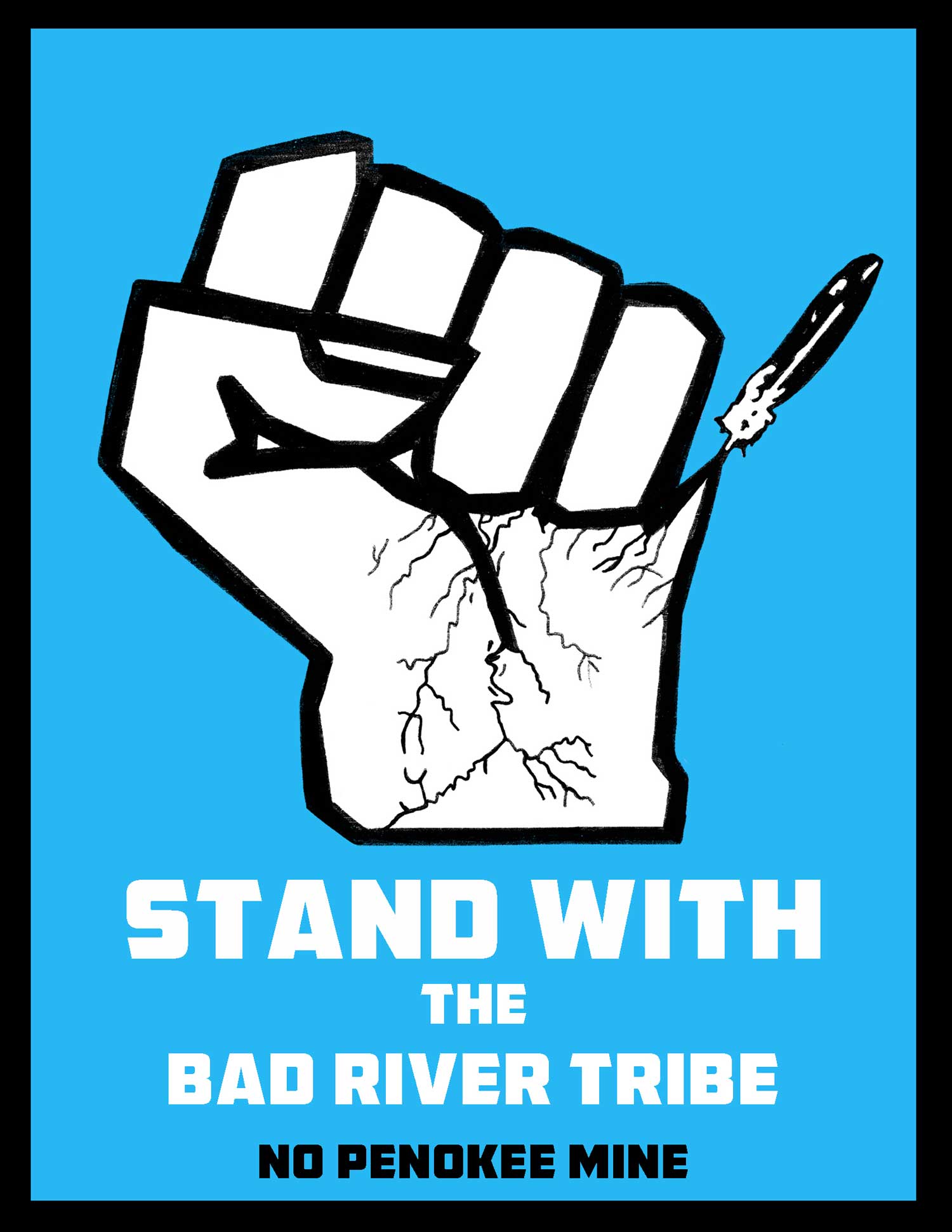 A key environmental and Native rights struggle was won in northern Wisconsin in 2014. The Walker Administration had re-opened Wisconsin to mining interests making the proposed Penokee Mine a disaster in the making: a 4-5 mile long open-pit iron mine in the Penokee Hills that would devastate the local ecology and the water. Resistance to the plans came from many – most notably the Bad River Band of the Lake Superior Tribe of Chippewa.