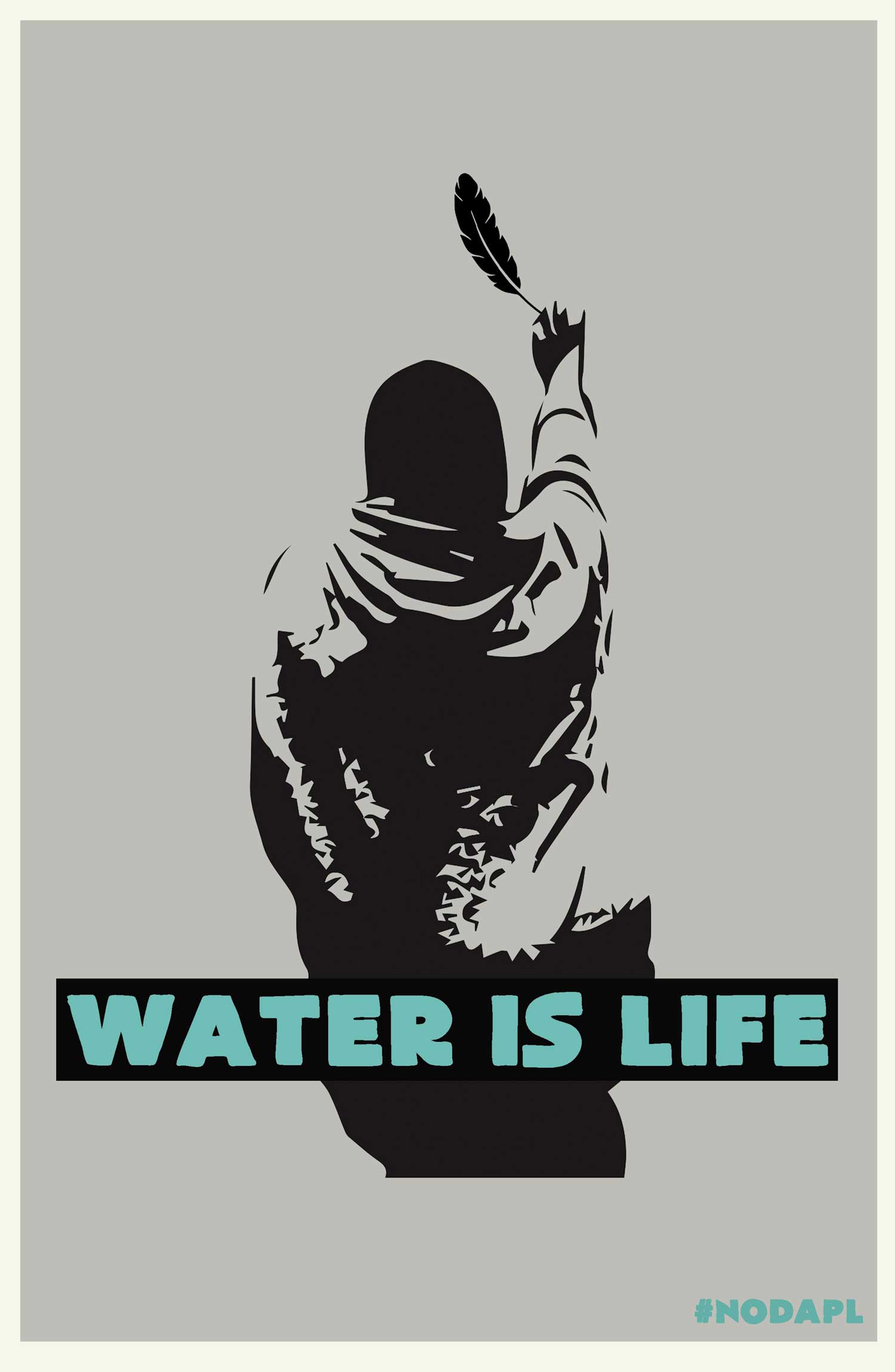 Image made in solidarity with the #NO DAPL / Stand with Standing Rock campaign against the Dakota Access Pipeline. This image was also screen printed as large patches by myself and others at the Oceti Sakowin camp at Standing Rock and distributed to water protectors on the front lines of the non-violent direct actions.

(Image is based on an original photograph by Ossie Michelin of Amanda Polchies – a Mi’kmaq land and water defender peacefully standing up to the shale gas company SWN and the Royal Canadian Mounted Police near the Elsipogtog First Nation in New Brunswick, Canada in 2013.)