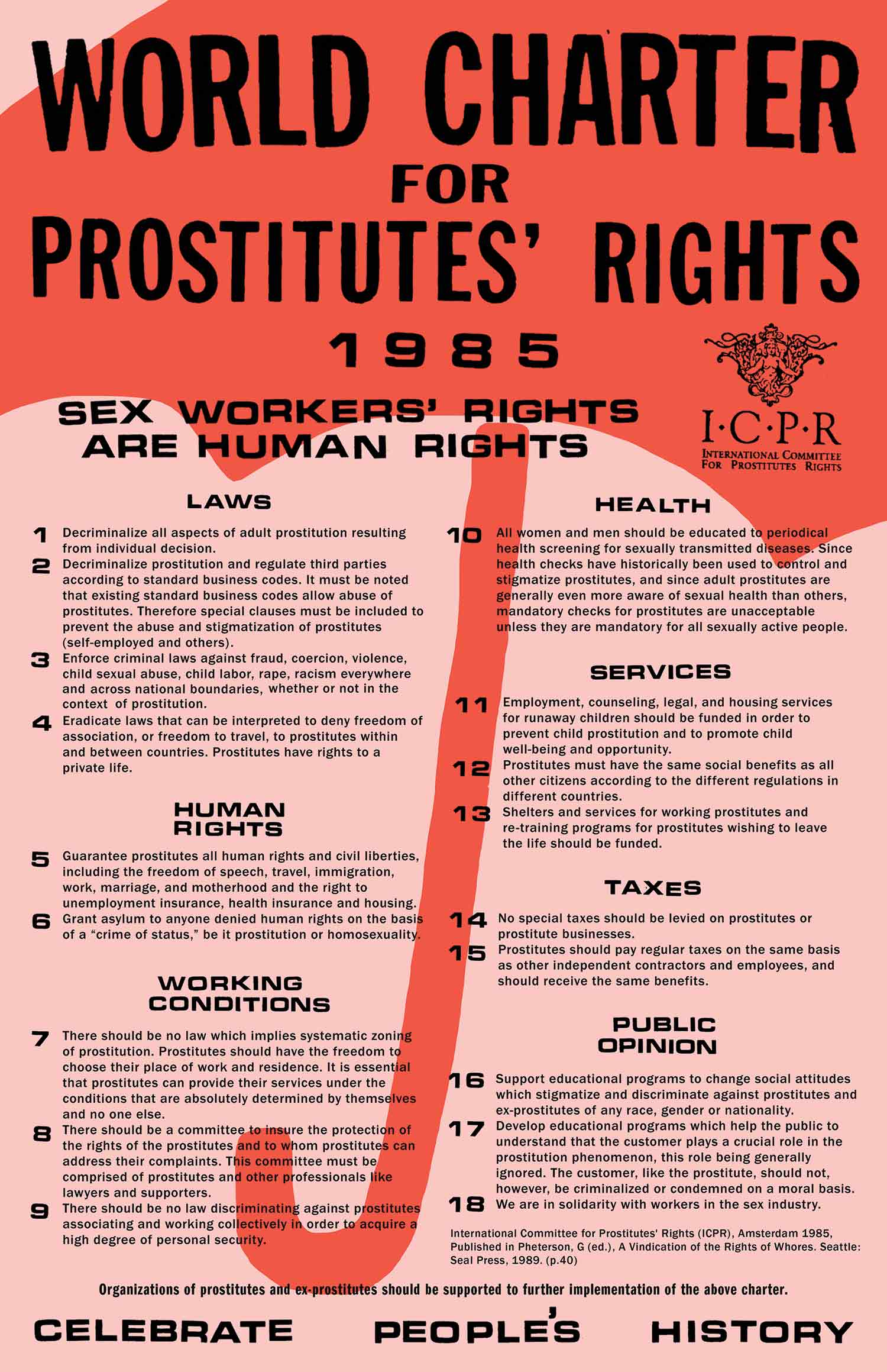 Organizations of prostitutes and ex-prostitutes should be supported to further implementation of the above charter.

Devika Sen is an artist and designer based in New York City. She currently works for Partner & Partners.

This is #125 in the Celebrate People’s History Poster Series.

Devika Sen is a graphic designer with a background in printmaking. She is an owner of Partner & Partners, a worker-owned, multidisciplinary design practice in New York City. 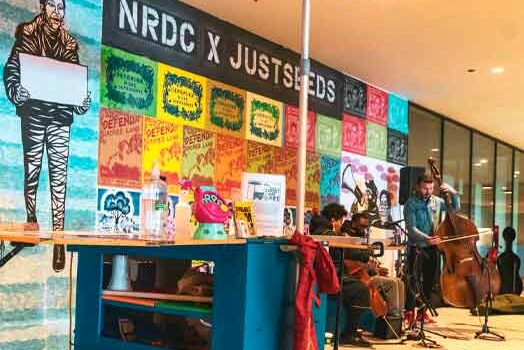