Graphic Liberation! digs deep into the history, present, and future of political image making. The project is centered around an ongoing series of conversations between Josh MacPhee (co-founder of both the Justseeds Artists’ Cooperative and Interference Archive, and the 2020/21 Christian A. Johnson Endeavor Foundation Artist-in-Residence in the Department of Art and Art History at Colgate University) and key political graphics producers. The discussions will revolve around a set of core questions related to individual vs. social expression, image reproducibility/ownership/copyright, and responsibilities between artists and movements.

The initial four conversations were organized online over the course of Winter/Spring 2021, with an additional six being planned for Fall/Winter/Spring 2021-2022. Recordings of these discussions will be housed here, and a publication project will follow the completion of this, the first phase of the project. The second set of conversations will be announced in the Summer of 2021.

Avram Finkelstein is a founding member of the Silence=Death and Gran Fury collectives. He has work in the permanent collections of MoMA, The Whitney, The New Museum and The Brooklyn Museum. He is featured in the artist oral history project at the Smithsonian’s Archives of American Art, and his book for UC Press, After Silence: A History of AIDS Through its Images was nominated for an International Center of Photography Infinity Award in Critical Writing and Research.

Alison Alder is a visual artist whose work blurs the line between studio, community and social/ political art practice. She has worked within community groups, art collectives, research institutions and Indigenous organizations. Her research is focused on empowering communities through the visualization of common social aims primarily using screen-printed posters as her medium of choice. Alder was a key member of Redback Graphix, whose ethos and screenprinted posters are the subject of a monograph published by the National Gallery of Australia.

Emory Douglas worked as the revolutionary artist and minister of culture for the Black Panther Party in the San Francisco Bay Area from 1967 through the early 1980s. In addition to creating iconic posters and postcards, a key part of Douglas’ responsibilities included art direction, design, and illustration for the organization’s newspaper, The Black Panther. Douglas’ work has been the subject of numerous international exhibitions at the 2008 Biennale of Sydney; Museum of Contemporary Art (Los Angeles); Yerba Buena Center for the Arts (San Francisco); The African American Art & Culture Complex (San Francisco); an the New Museum of Contemporary Art (New York), among others. In 2015, Douglas received the American Institute of Graphic Art lifetime achievement medal.

Melanie Cervantes (Xicanx) and Jesus Barraza co-founded Dignidad Rebelde in 2007, a graphic arts collaboration that produces screen prints, political posters and multimedia projects which are grounded in Third World and Indigenous movements that build people’s power to transform the conditions of fragmentation, displacement, and loss of culture that result from histories of colonialism, patriarchy, genocide, and exploitation. 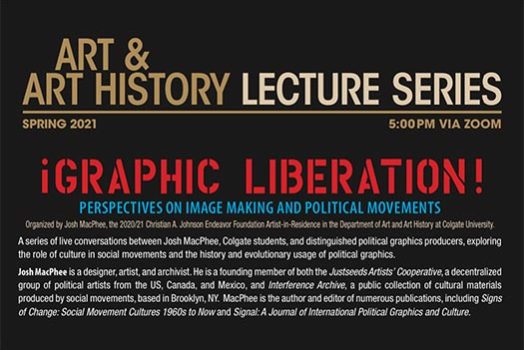 I’m very excited to present the 2021 Graphic Liberation Lecture Series! I was invited by the Art and Art History Department and the Christian A. Johnson Foundation at Colgate University… 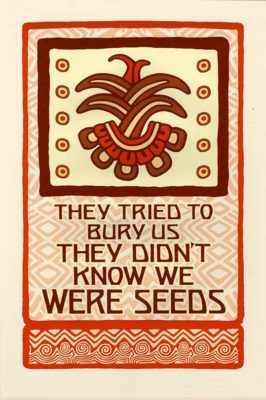 Part four of GRAPHIC LIBERATION: PERSPECTIVES ON IMAGE MAKING AND POLITICAL MOVEMENTS A critical conversation between Dignidad Rebelde (Jesus Barraza and Melanie Cervantes) and Josh MacPhee, engaging question around the… 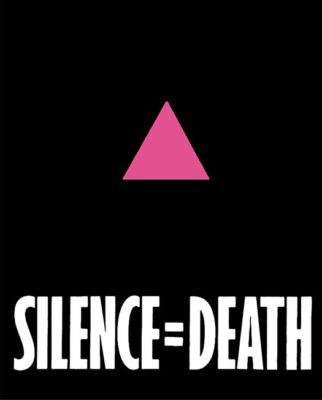 Part one of GRAPHIC LIBERATION: PERSPECTIVES ON IMAGE MAKING AND POLITICAL MOVEMENTS A critical conversation between Avram Finkelstein and Josh MacPhee, engaging question around the history of political graphics, the… 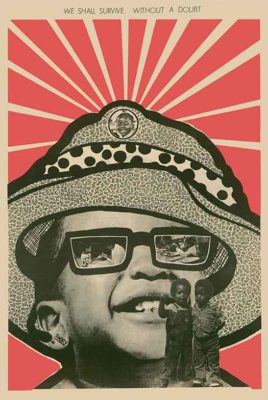 Part three of GRAPHIC LIBERATION: PERSPECTIVES ON IMAGE MAKING AND POLITICAL MOVEMENTS A critical conversation between Emory Douglas and Josh MacPhee, engaging question around the history of political graphics, the… 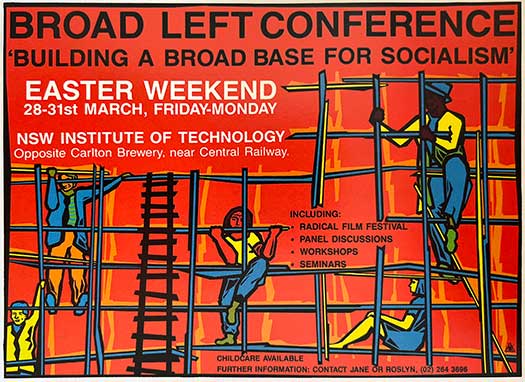 Part two of GRAPHIC LIBERATION: PERSPECTIVES ON IMAGE MAKING AND POLITICAL MOVEMENTS A critical conversation between Alison Alder and Josh MacPhee, engaging question around the history of political graphics, the… 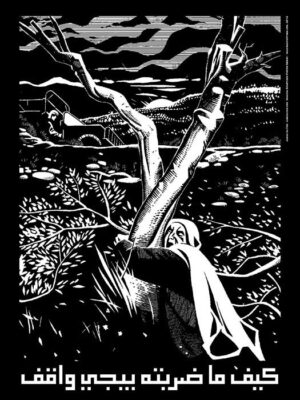 Part five of GRAPHIC LIBERATION: PERSPECTIVES ON IMAGE MAKING AND POLITICAL MOVEMENTS A critical conservation between Jamaa Al-Yad’s Daniel Drennon ElAwar and Josh MacPhee, engaging questions about the history of… 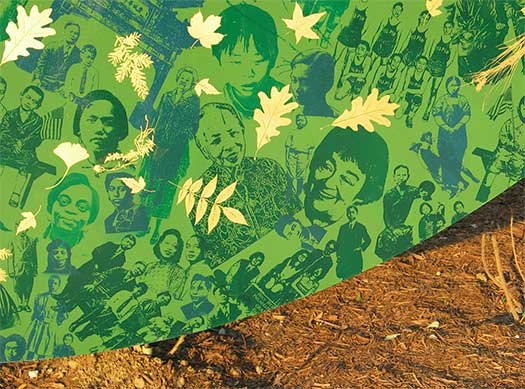 Part six of GRAPHIC LIBERATION: PERSPECTIVES ON IMAGE MAKING AND POLITICAL MOVEMENTS A critical conversation between Tomie Arai and Josh MacPhee, engaging question around identity and political graphics, the tension… 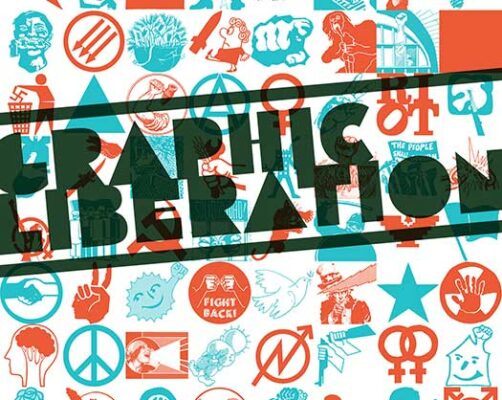 In Graphic Liberation: Perspectives on Image Making and Political Movements, Josh MacPhee, the Christian A. Johnson Foundation Artist-In-Residence, continues to explore the terrain of political image making, expanding on his…