The first issue of Signal is out now published by PM Press. Signal is a full color, 140 page book about international political art, graphics, and culture. The first issue contains interviews with the Taller Tupac Amaru (aka Justseeds’ members Jesus, Favianna, and Melanie), Johannes van de Weert (of the Rondos and squatter comic Red Rat), Rufus Segar (the brilliant designer behind most of the early issues of Anarchy magazine in the 60s and 70s), and Felipe Hernandez Moreno (a member of one the art brigades of the 1968 uprising in Mexico City). It also contains photos of seditious train graf by IMPEACH and a photo essay on adventure playgrounds.

Signal was conceived a number of years ago by Josh MacPhee and I. We wanted to highlight current artists who we thought were doing compelling work, and also to draw connections to the rich history of art and culture associated with resistance and social movements. We especially wanted to share some of the incredible graphics and cultural documents we’ve seen from other struggles around the world, as most North Americans suffer from a myopia about events taking place beyond our borders.

Josh and I made a few trips to do research for this project. The best of these was a few days we got to spend in the Kate Sharpley Library (and archive) in Northern California. The few days we had there were idyllic for two nerdy researchers. We spent hours digging through boxes, photographing old newspapers and fliers, scanning zines and pamphlets, and inhaling the musky aromatic air of mildew and books. From this trip we scanned a complete collection of the covers of Anarchy magazine designed by Rufus Segar, and we also started collecting the small modernist graphics associated with anarchist/socialist/communist printing houses of the early 20th century (I mention these because they are both in this issue of Signal, there’s tons more stuff that we got there that we hope to have in future issues!). On that same trip we also had dinner with the Taller Tupac Amaru folks in Oakland, after which Josh and I conducted a three hour interview. Oh my goodness, that took forever to transcribe, but we boiled and condensed it down to a solid history of their collective, a discussion of their process and methods, and hopefully we offer a peek into what drives this inspiring group.
Josh and I also traveled to Europe in 2007 to try and do some research in Amsterdam, London, Copenhagen, and Berlin (which we documented on the Justseeds blog here). It was an odd trip, I was sick most of the time, and Josh’s asthma was under constant attack from the liberal amount of cigarette smoke surrounding him. We designed much of the trip around getting to spend some time at the Institute for Social History in Amsterdam, which houses a great archive of items associated with the international left. Josh and I’s dreams of a lefty/art/shangri-la were quickly dashed against the reality of fussy librarians and archivists who treated us, at best, with derision. Though we had little luck with official archives, we were treated well in the various squatter and anarchist archives we visited (sometimes with open arms and sometimes with a confused, but friendly, shrug). Thanks to my friend Grrrt, who we stayed with in Holland, we saw old issues of the comic Red Rat and a copy of the book Rood Rotterdam. The interview with Johannes van de Weert (creator of Red Rat) in Signal was seeded there, thanks Grrrrt! In Copenhagen we were hosted by the excellent folks from YNKB, who supplied us with the backbone of our images for the adventure playgrounds photo essay. In Berlin we stumbled into the amazing Prometheus Bookshop and found a kindred soul in its owner Heiko, and had tea with the brilliant Sandy K of Image-Shift. Both of whom we hope to bring their wealth of information and ideas to future issues of Signal.
Earlier this year I asked Mazatl (of Collective Cordyceps and Justseeds) if he knew of anyone involved in the propaganda brigades in Mexico in 1968. Information in English about the struggle in Mexico in 1968 is out there, if a little hard to find; but information about the propaganda brigades is almost nonexistent. We were thrilled when Mazatl told us he could get us an interview with one of the veterans of these brigades. Felipe Hernandez Moreno is a great interviewee… funny, opinionated, and inciteful.
This is a brief overview of what’s in Signal:01, there’s more as well. It’s available direct from PM and also from Justseeds. Signal is an ongoing series, so we hope to have to have Signal:02 (and maybe even 03) out within this coming year!
Subjects
Culture & MediaEducationFeminisms & GenderGlobal SolidarityIndigenous ResistanceInspirationRacial JusticeSocial Movements

this mag is stellar and beautifully designed with the full color art/photos, and such a nice pocketsize! although i’m biased of course. the interviews are awesome. my favorites are santi’s interview w/ Moreno, the Taller Tupac Amaru crew (great to learn about the history of my fellow justseeders’ art making practices), and the article about children-made playgrounds.

I saw Felipe Hernandez today and told him about the book coming out, hes excited! I told him that as soon as they get here ill bring him a copy.
He said that if I do, I would be the first one to actually do it. Those Bastards! 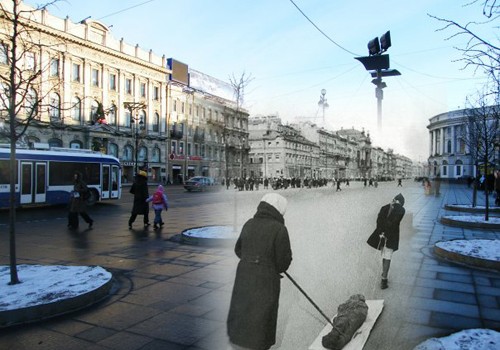 A friend sent me link to some interesting montage made by Sergei Larenkov in honor of the 65th anniversary of the Leningrad Blockade, juxtaposing present day street shots with shots… 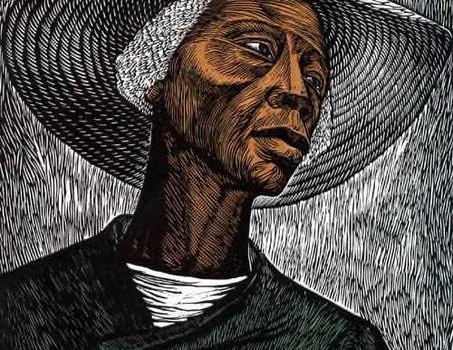 I just learned that Elizabeth Catlett died on Monday, at her home in Mexico at the age of 96. Catlett was an outstanding participant of the black arts movement in…