Signal:03 Editor’s Round Up

We start this issue with a reproduction of a silkscreened portfolio, titled Jeu de Massacre, which was produced in 1930 by an anti-fascist/anarchist/surrealist printmaker by the name of Fred Deltor (aka Frederico Antonio Carasso). The 12 prints in the portfolio are a critique of paradigms like capitalism, war, religion and conceived of as dummies for a carnival game (where the contestants would attempt to hit the images with beanbags). The images themselves are colorful, slightly abstract, and heavily laden with symbols. They show a nod to Russian constructivism (though are much more exuberant in their color-scheme and execution) as well as movements like Bauhaus and De Stijl (though they are much more explicitly political than either of those). The article was contributed by Stephen Goddard, curator of the print collection at the Spencer Museum of Art in Lawrence, Kansas which has houses this portfolio in their collection.

Next up is an extensive interview with Barbara Dane, who along with her husband Irwin Silber, released 50 records of political world music between 1969 and 1985 under the name of Paredon Records. Paredon Records slowly seeped their way into my consciousness years ago. With its sharp cover art design and its focus on third world liberation struggles Paredon Records ahd been on my radar for awhile. They were a bit of an enigma, a record store owner described them as the ‘communist Folkways Records’ and thought they were from Berkeley. Paredon was actually based out of Brooklyn (Dane and Silber moved to Oakland later in life), Silber worked at Folkways Records, and they also shared Folkways in-house designer Ronald Clyne (a personal design hero). I tracked down Barbara Dane through her website and interviewed her over the phone on Christmas Eve of 2012 where she managed to simultaneously orchestrate the preparations for a family reunion dinner and give a spectacular and thorough interview. Barbara Dane grew up in Detroit and started in the music by singing at demonstrations and union rallies in the 1940s, she cut solo records in the 1950s and 60s, collaborated with the Chambers Brothers and Lightning Hopkins, and performed with artists as widely varied as Louis Armstrong and Bob Dylan. Irwin Silber founded the seminal folk magazine Sing Out, was a reporter for the NYC left-wing newspaper the Guardian, and (as mentioned above) worked for Moe Asch’s Folkways Records. Paredon was conceived after a cultural exchange to Cuba in 1967. I was excited to learn more about Paredon as I felt that Signal and Paredon shared the same mission, to cover international poltical movements, to celebrate and explore differences in cultural output, and to look at how cultural expression is tied up in social struggles. We feature almost all 50 covers in the new issue of Signal and also get to hear about how each record came to be (and each record cetainly has its own story!).

David Widgington contributed an article documenting protest graphics from the Quebec Spring (printemps erable). David is also archiving the graphics from this time period and explores the usage of archiving and memory as a way to help political movements retain memory and momentum during dry spells.

At the Kate Sharpley Library, Josh and I found and scanned in several newspapers published by the Spanish anarchist union the CNT (Confederación Nacional del Trabajo) during their years of exile while the Franco-ist government was in power. I was impressed by the wide range of publications we found, different newspapers were printed for specific regions and then smuggled into the country from France or distributed to other exiles. I thought that there was an intersting story to tell by just examining the mastheads, the different designs involved and what the designs implied. I also felt that it would be a nice celebration of the perseverence and dedication of this movement that produced and printed these papers in one hostile country (France) and distributed them into an even more hostile environment (Francoist Spain).

Gal Kirn and Robert Burghardt wrote a collaborative article about the Partisan Memorials that dot the landscape of the former Yugoslavia. These monuments, created after World War II and up into the 1960s and 70s, have recently been the darlings of retro-modernist art afficianados- which tend to see them as both prime examples of modernist sculpture and as decayed communist kitsch. Kirn and Burghhardt attempt to reposition these highly abstract monuments as political objects by exploring their symbolism and placement, and also by giving further context to the political and geographical environments in which they were created.

And we close the issue with an article by my co-editor Josh MacPhee about the Medu Arts Ensemble, a collective of South African cultural workers who were active in the struggle for liberation and against the apartheid system. We’ve wanted to do a feature on Medu since the first issue- their history and output were compelling and their method of organizing was inspired. Josh uses Medu’s organization as a jumping point to discuss both how a cultural collective worked within a larger struggle and also to interrogate our own tactics and ideas as political/cultural workers. This is all interspersed with absolutely stunning examples of Medu’s graphic output.

That’s it for Signal:03. Josh and I will be sporadically out and about doing slideshows about this porject around the east coast this spring and summer, and we’ve started gathering content for Signal:04. 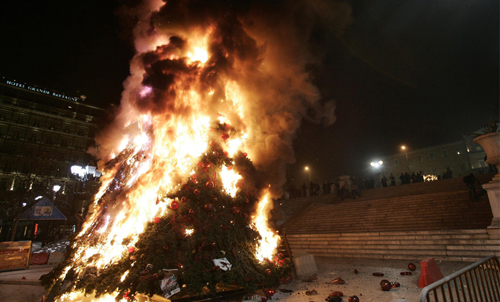 “Athens’ giant Christmas tree burns in front of the Greek parliament in Athens December 8, 2008. Protesters set fire to a major department store in central Athens and torched the… 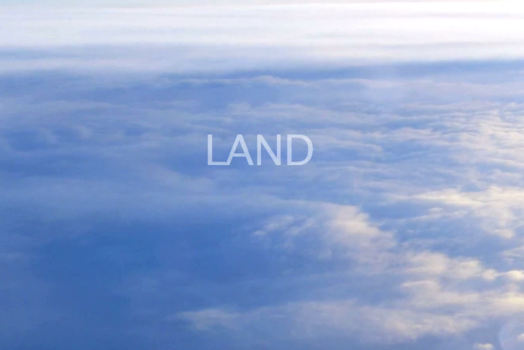 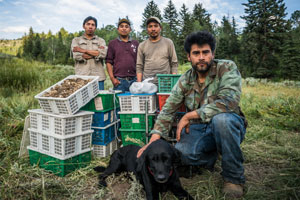 Up on the Mountain

﻿ Hey! I wanted to share with you some information about a great project from two friends of mine, please support it if you can: Up on the Mountain is…