This piece appeared yesterday in the South Bronx. The wall faces the Bruckner Expressway, a highly used elevated highway passing through the Bronx. My pal Anomalous compiles a lot of news articles, quotes and other materials on his Flickr site here’s a particularly intense one

Hannukah descends on Gaza like 6 million locusts by AnomalousNYC.
“I will play music and celebrate what the Israeli air force is doing.”
–Ofer Shmerling, an Israeli civil defense official in Sderot speaking on Al Jazeera as images of Israel’s latest massacres were broadcast around the world.
From 19 June until yesterday, there was not a single Israeli fatality from a Hamas attack. In all of 2008, there was a single suicide bombing, which killed one person. Over the course of the entire 4 years that Gazans have been blindly lobbing their pathetic bottle-rockets over their prison walls into the desert, fewer than 20 Israelis have been killed. Israelis stand a greater statistical chance of drowning in their jacuzzis than of being killed by a rocket from Gaza.
Israel’s omni-directional military belligerence has never been about security, but about racial malice and real estate, and in this case, election-season machinations. And so, over the course of a few hours Israelis have murdered nearly 300 and hospitalized more than 800 Palestinians. In response, overnight polls indicate that support for Israel’s ultra-rightwing parties, such as the fascist party Yisrael Beitenyu, which openly advocates ethnic cleansing, has grown exponentially. As Israeli MK Zahalka pointedly observed: “Barak is trying to win votes in exchange for Palestinian blood.”

2 comments on “Solidarity with Gaza From the South Bronx”

Like I said in the earlier post, we’ve been busy building over at Ad-Hoc Art the last few days. Things are coming together and all the scavenged materials are beginning…

I was checking out our Flickr account today and decided to look at some of my favorite flog’s. My pal Anomolous takes incredible portraits, and is a voracious critic of…

Up on the Roof Countin’ Pigeons, again. In photos

I uploaded a set of flicks from the install and opening of Chris Stain’s Up on the roof counting pigeons over on our Flickr page. 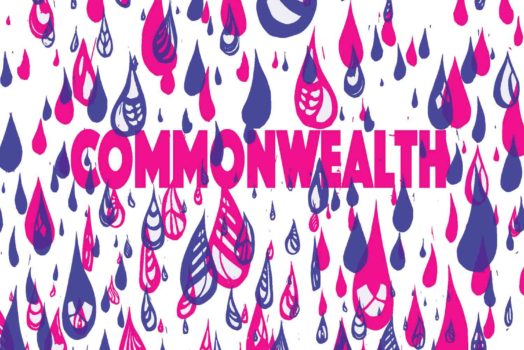 New release available from Justseeds! Wellspring, Justseeds’ newest portfolio, is made up of 12 original Risograph prints, enclosed inside a hand­printed fabric bandana, each exploring our contemporary relationship to water….