It’s a tragedy that the Israelis – a people who must understand better than almost anybody the horrors of oppression – are now acting as oppressors. As the great Jewish writer Primo Levi once remarked “Everybody has their Jews, and for the Israelis it’s the Palestinians”. By creating a middle Eastern version of the Warsaw ghetto they are recapitulating their own history as though they’ve forgotten it. And by trying to paint an equivalence between the Palestinians – with their homemade rockets and stone-throwing teenagers – and themselves – with one of the most sophisticated military machines in the world – they sacrifice all credibility.
The Israelis are a gifted and resourceful people who fully deserve the right to live in peace, but who seem intent on squandering every chance to allow that to happen. It’s difficult to avoid the conclusion that this conflict serves the political and economic purposes of Israel so well that they have every interest in maintaining it. While there is fighting they can continue to build illegal settlements. While there is fighting they continue to receive huge quantities of military aid from the United States. And while there is fighting they can avoid looking candidly at themselves and the ruthlessness into which they are descending.
Gaza is now an experiment in provocation. Stuff one and a half million people into a tiny space, stifle their access to water, electricity, food and medical treatment, destroy their livelihoods, and humiliate them regularly…and, surprise, surprise – they turn hostile. Now why would you want to make that experiment?
Because the hostility you provoke is the whole point. Now ‘under attack’ you can cast yourself as the victim, and call out the helicopter gunships and the F16 attack fighters and the heavy tanks and the guided missiles, and destroy yet more of the pathetic remains of infrastructure that the Palestinian state still has left. And then you can point to it as a hopeless case, unfit to govern itself, a terrorist state, a state with which you couldn’t possibly reach an accommodation.
And then you can carry on with business as usual, quietly stealing their homeland.

4 comments on “Stealing Gaza: An Experiment in Provocation”

there’s only one Brian eno that I know of. I grabbed the quote from anomalous’ Flickr post

In Face of the Israeli Attacks on Gaza
by John Berger
December 27, 2008
We are now spectators of the latest and perhaps penultimate chapter of the 60 year old conflict between Israel and the Palestinian people. About the complexities of this tragic conflict billions of words have been pronounced, defending one side or the other.
Today, in face of the Israeli attacks on Gaza, the essential calculation, which was always covertly there, behind this conflict, has been blatantly revealed. The death of one Israeli victim justifies the killing of a hundred Palestinians. One Israeli life is worth a hundred Palestinian lives.
This is what the Israeli State and the world media more or less with marginal questioning mindlessly repeat. And this claim, which has accompanied and justified the longest Occupation of foreign territories in 20th C. European history, is viscerally racist. That the Jewish people should accept this, that the world should concur, that the Palestinians should submit to it is one of history’s ironic jokes. There’s no laughter anywhere. We can, however, refute it, more and more vocally.
Let’s do so. 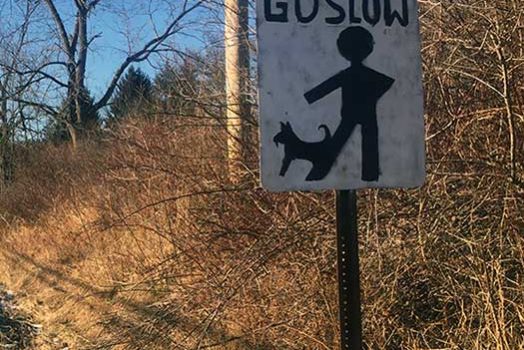 Dalton, PA Taken right as a local resident was stepping out on the street to walk their dog. Ever since Shaun started this series, I’ve been noticing DIYDPW signs everywhere,… 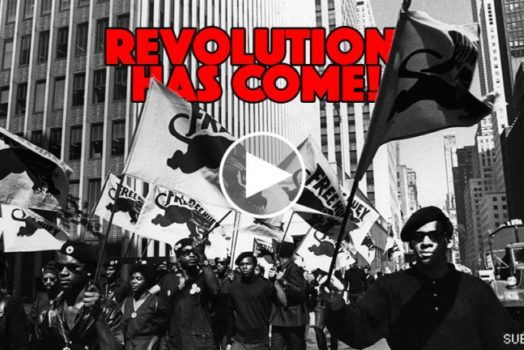 The Revolution Has Come from submedia.tv

The most recent production from submedia.tv: This week we bring you a special sedition on the anniversary of one of the most bad-ass and sophisticated revolutionary organizations in the United…

A group of approximately 60 people occupied the New School today. The University and NYPD responded with force, arrested and have held many of the participants overnight. The following story… 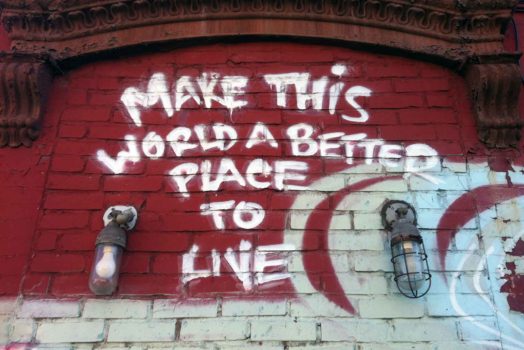 Nothing Burns Down By Itself (small version)

We Are The Crisis & Kevin Caplicki
Screen Print
$20