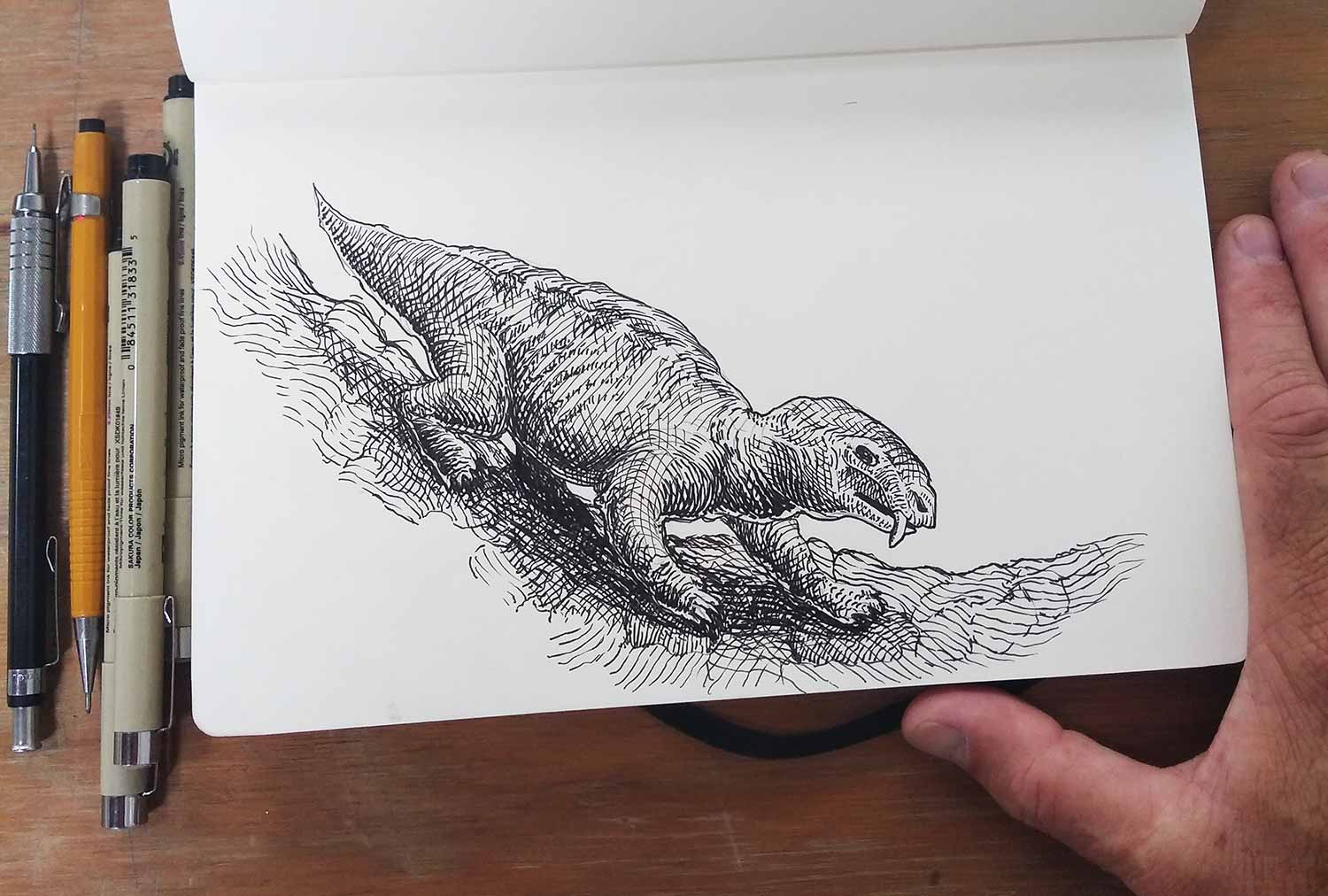 250 million years ago an extinction event wiped out 95% of all species on Earth, the greatest such winnowing ever to occur. It’s referred to as the Permian/Triassic extinction, or the Great Dying, which might seem a bit melodramatic except for the fact that had it been only a bit more severe there might have been no vertebrate life left on Earth at all. The most likely cause of this massive hemorrhage is the Siberian Traps, a region of intense volcanism in what is now northeastern Russia and attributed to a plume of hot rock from the Earth’s mantle making its way up to split open the crust, and spout hot gas and magma onto the surface and into the sky for some two million years. The massive alterations to atmospheric chemistry and planetary temperature this created were disruptive enough to eliminate species across the board in enormous and nearly comprehensive number, from bacteria to plants to arthropods to vertebrates. In the aftermath, a nearly sterile Earth was available for colonization by whatever survived. That’s where Lystrosaurus comes in.

Lystrosaurus means shovel-lizard, and is the scientific name of a genus of unassuming pig-sized creatures that survived the Great Dying and went on to radiate spectacularly across the barren landscape, browsing the surviving vegetation with their rigid, beaky mouths. They had almost no predators, and barely any herbivore competition for the available food. They were so successful in this unrestrained state that in the early Triassic they came to make up over 95% of all terrestrial vertebrate populations. This is the only time in the history of Earth that any genus of animals has so thoroughly dominated the planet’s landmasses. As the Earth recovered over the course of the next 30 million years they dwindled in scope, fading into the radiation of new species that arose to fill in the lifestyle gaps of evolutionary possibility left vacant by the Great Dying.

Why did they make it through where so few others did? One popular theory relates to the fact that they were burrowers, making their dens deep underground and tending their young there. Maybe their lungs were adapted to oxygen-poor environments, and sitting around in the dark huffing bad air made them uniquely suited to survive a lengthy period of poisonous atmospheric conditions. They were also broadly unspecialized; show them a plant and they could probably eat it. This gave them another advantage over their more specialized relatives, especially the meat-eating ones, in that they could find something to live on even when there was hardly anything left.

This is a season of rapidly changing climatic conditions, where the earth is beginning to react to the sudden administration of massive doses of anomalous gases into its systems. We are slowly, as a species, coming to grips with the fact that things may be beyond our control, and that we may be falling forward into a future where the things we take for granted about the air and the water and the way they work may not obtain for much longer, and may indeed unfold into something pretty austere and generally unpleasant for us. Like Lystrosaurus, we have come to dominate much of the landscape, but unlike them we’ve done it before the big climatic extinction event. It’s our tremendous adaptability and lack of specialization that are actually the cause of the onrushing crisis, as opposed to how we’ll survive it.

Lystrosaurus was a therapsid, a member of a group of vertebrates that diverged from the reptiles and moved in a different evolutionary direction, where the legs of animals were held directly beneath the body. The mammals are currently the only remaining lineage of therapsids, and it remains to be seen whether we have what it takes to make it through the eye of the needle that we have made for ourselves. Lystrosaurus was lucky. How lucky are we?