I just found this article entitled Toward an Anarco-Design Practice on the Anarchist People of Color (APOC) blog Illvox. Here’s a sample:

It would be wrong to view this text as some kind of blueprint for anarchist design action. This is not a manifesto. Nor is it the justification for graphic design as a specialist, elitist profession to continue in its current form for the ‘aid’ of social change. As Proudhon wrote to Marx, “Let us not make ourselves the leaders of a new intolerance. Let us not pose as the apostles of a new religion, even if it be the religion of logic, of reason.” And while there is a definite place for the graphic designer in an activist role, both in an educational and provocative sense, designers must not make the mistake of becoming some kind of vanguard group of directors. Whereas Marxism is often justified in both political and academic fields in this respect — defending the role of a necessary vanguard party towards the ‘dictatorship of the proletariat’ — anarchism vehemently refutes and rejects this concept. The everyday individual or anarchist design practitioner, through the basic act of joining their libertarian principals with their material production, should, and could, greatly contribute to the transformation of everyday life towards a more just and humane existence. As educator and mediator, it is the responsibility of anyone with an understanding of visual communication to instill in people’s minds a broader sense of possibility, using the communicative powers of artistic imagery to encourage and enrage. It is important to shift societies’ many urgent concerns from the fringes and into the public realm, in a direct and unavoidable manner. However, purely negative and angst-ridden critique can only go so far — it is the sense of positive possibilities that need to be associated with the ideas of Anarchism. The marginality of current grassroots movements must be overcome — the isolation of both activist groups and concerned individual’s thoughts must be rendered public, transparent, and shared.

This specific piece was written by some folks in New Zealand
Garage Collective
and the zine text can be downloaded at
Zine Library.info 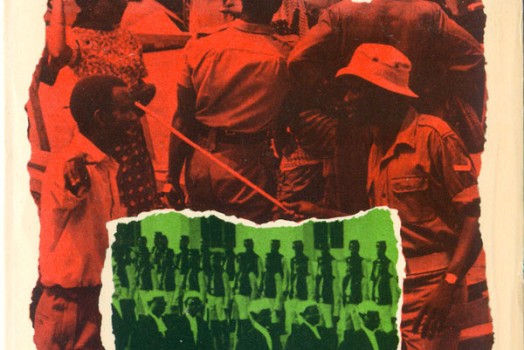 Welcome to the fifth week of covers from the Penguin African Library (PAL). If you find yourself a bit lost trying to follow some of this, it might make sense…

My friend Jared from Beyond Resistance Collective in New Zealand just sent me this cool short video featuring Reproduce & Revolt: A Graphic Toolbox for the 21st Century (you can… 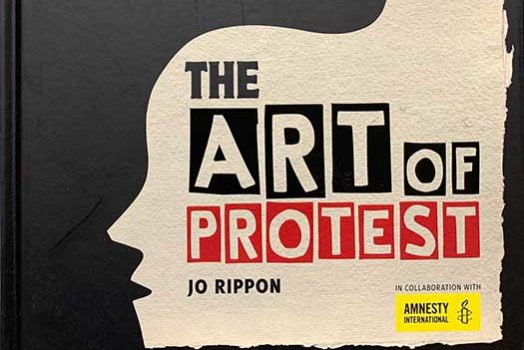 The Art of Protest

A small glimmer of hope and enjoyment arrived in the mail a little while back, a copy of the new political poster book by Jo Rippon and Amnesty International, The…

Last Saturday I was lucky to be able to take part (at least marginally) in a great project organized by the Public Ad Campaign. Dozens and dozens of artists and…