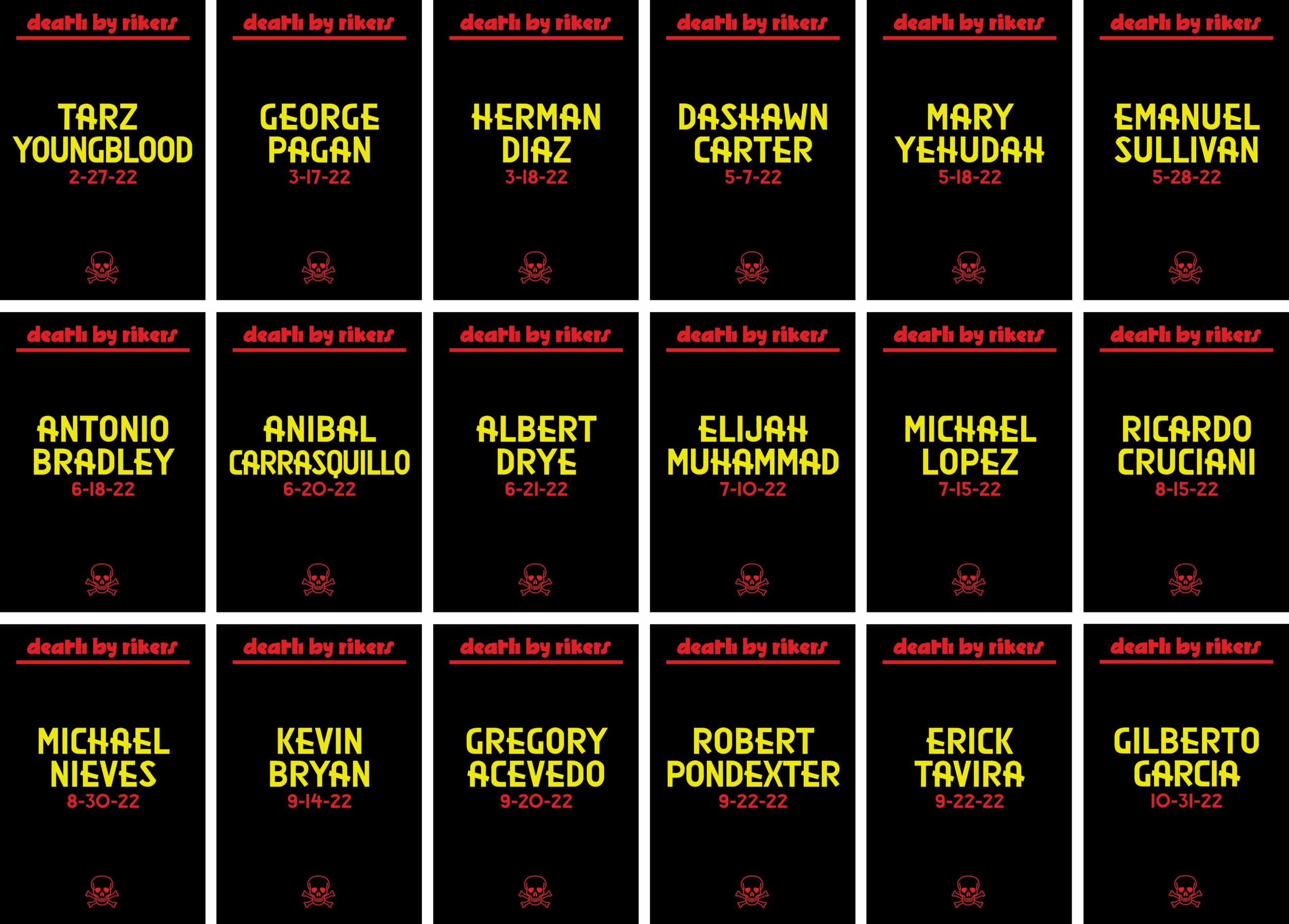 This Thursday, November 17, the U.S. District Court in Manhattan will hold a hearing where Judge Laura Taylor Swain may order a federal receiver to take over the Rikers Island jail complex. Before the hearing, at 1:30 PM, at Foley Square, people directly impacted by Rikers, family and community members, community groups and elected officials will gather to support the federal takeover and to demand Mayor Adams close the notorious facility once and for all.

Rikers remains in crisis. The Mayor’s team will argue that they have the situation under control, which could not be further from the truth. This year alone, 18 people have died at Rikers – the most since 2013, when twice as many people were behind bars there – and things are only getting worse. To stop the suffering and end this crisis, the city must shut down the tortuous jail complex. Instead of working to save lives and shut down Rikers, Mayor Adams calls for more people to be incarcerated at Rikers and to further roll back bail reform. The jail population is going up when it should be going down. Nearly 90% of everyone held at Rikers is Black and Latinx, most being held pre-trial and can’t afford bail. This is unacceptable.

Speakers at the action will illustrate how they have been impacted by Rikers Island and the need for the Federal Court and Mayor to take immediate action to address this crisis. The damage caused by Rikers to the people incarcerated there, to their families, and to their entire communities is immeasurable. If the federal government takes control of Rikers, our overall demand remains the same: CUT the jail population, SHUT down the Riker’s Island Jail Complex, and INVEST in real public safety: housing, health care, education, and jobs. 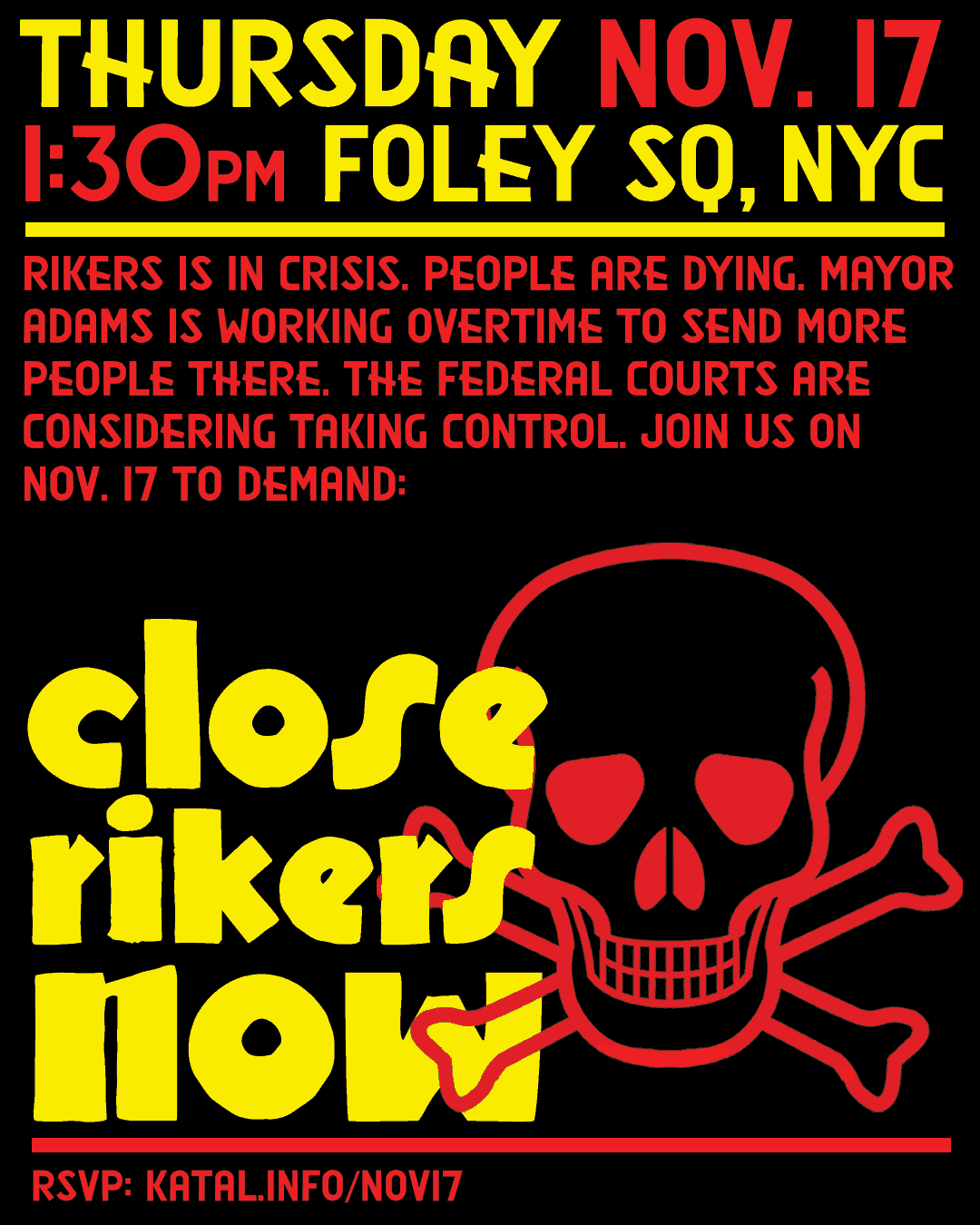