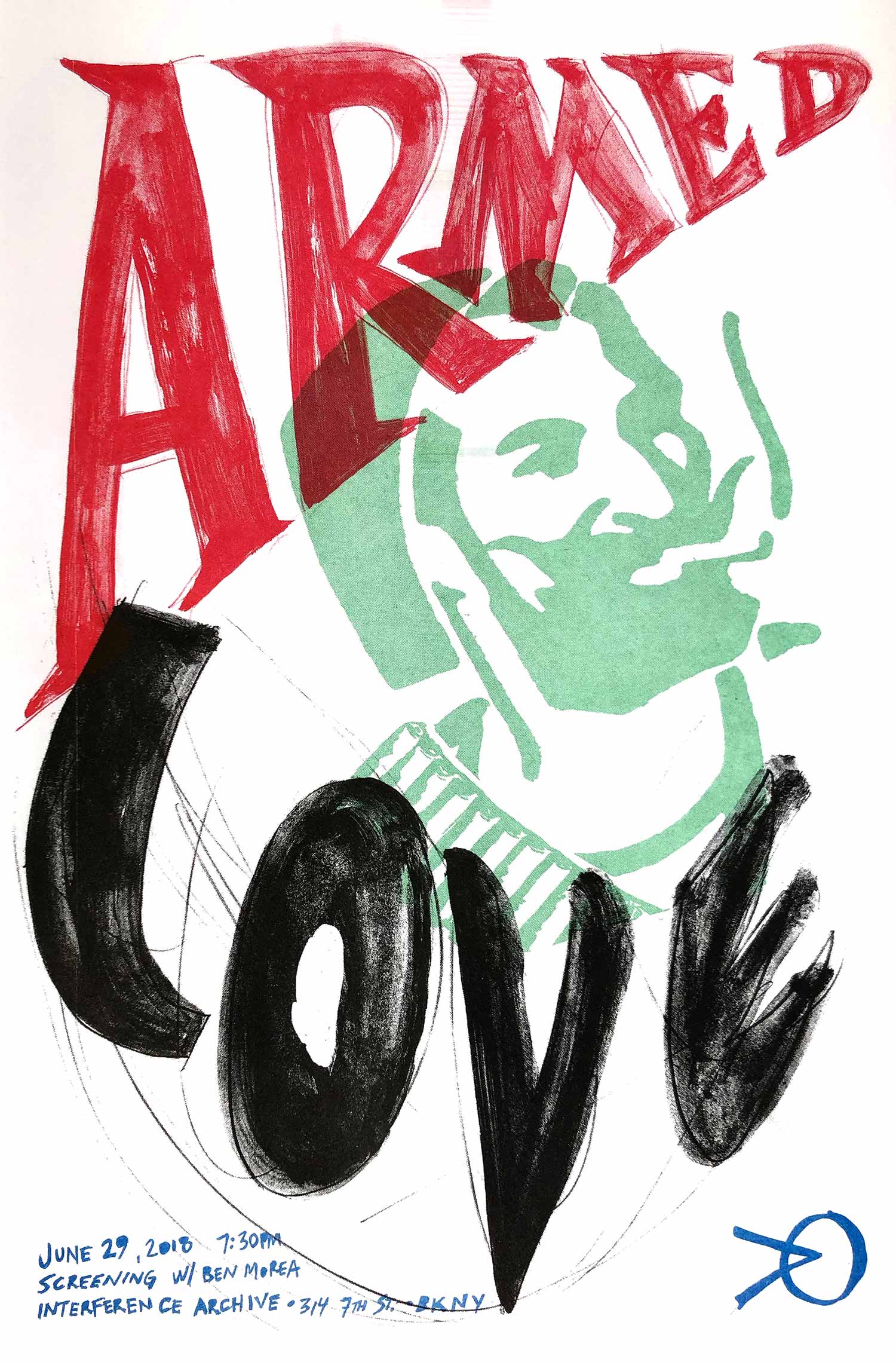 Interference Archive is excited to be screening the new short documentary, Armed Love, by Sean Stewart. The film is a meditative look at and conversation with Ben Morea about his role in the groups Black Mask and Up Against the Wall/Motherfucker. Ben will be present for a free-flowing discussion after the film.

“Walking through his former stomping grounds on the Lower East Side, Ben Morea charts the evolution of Up Against the Wall/Motherfucker—the network of action-oriented radicals, freaks, and street fighters that emerged out of the group surrounding the journal Black Mask during the late ’60s in New York City.”