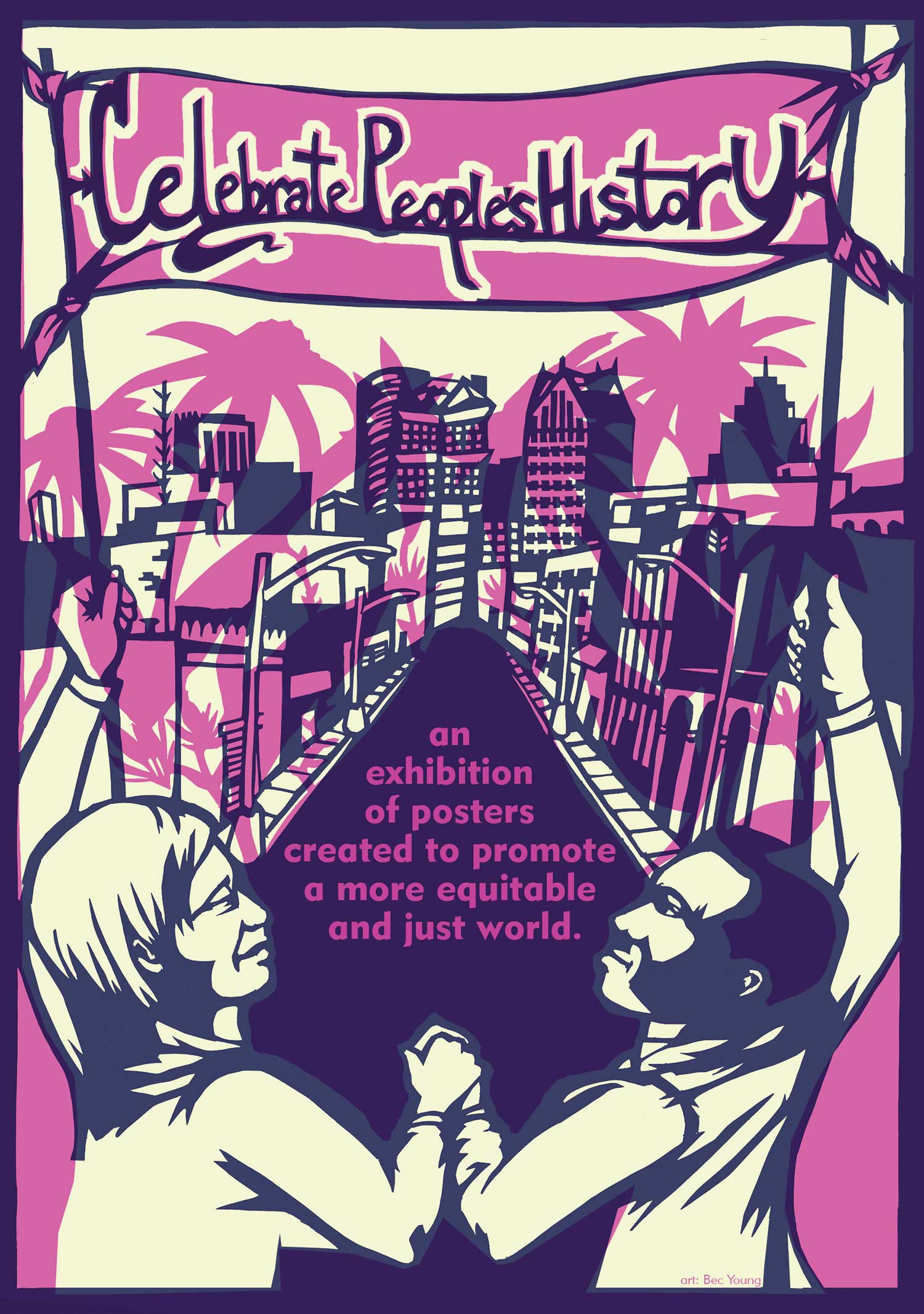 The Celebrate People’s History posters are rooted in the do-it-yourself tradition of mass-produced and distributed political propaganda, but have been re-imagined to embody principles of democracy, inclusion, and group participation in the writing and interpretation of history. It’s rare today that a political poster is celebratory, and when it is, it almost always focuses on a small canon of male individuals: Martin Luther King, Jr., Mahatma Gandhi, Che Guevara, or Nelson Mandela. Rather than create another exclusive set of heroes, I’ve generated a diverse set of posters that bring to life successful moments in the history of social justice struggles. To that end, I’ve asked artists and designers to find events, groups, and people who have moved forward the collective struggle of humanity to create a more equitable and just world. The posters tell stories from the subjective position of the artists, and are often the accounts of underdogs, those written out of history. The goal of this project is not to tell a definitive history, but to suggest a new relationship to the past.

Soon after the first People’s History poster was printed, educators began asking for posters for their classrooms. It’s been great to see the posters become part of the curriculum and to see lessons built around them. Once when giving a talk about the project, I was approached by a student in training to become a teacher. She was first introduced to the posters when they hung in one of her grade school classrooms, almost a decade earlier. Now she intends to use them in her future classes. I hope that these posters can continue to act as some small corrective to the dominant narratives told in schools, and that more teachers engage students in alternative ways of understanding the past.

Today Celebrate People’s History posters grace the walls of dorm rooms, apartments, community centers, classrooms, and city streets. Over 120 different designs have been printed in the past twenty years, adding up to over 300,000 total posters. Although I’ve organized and funded these posters myself, they have always been a collective project. A hundred artists have designed posters; multiple shops have done the printing; dozens of people have run around at night pasting them on the street; and thousands have helped distribute them around the world.