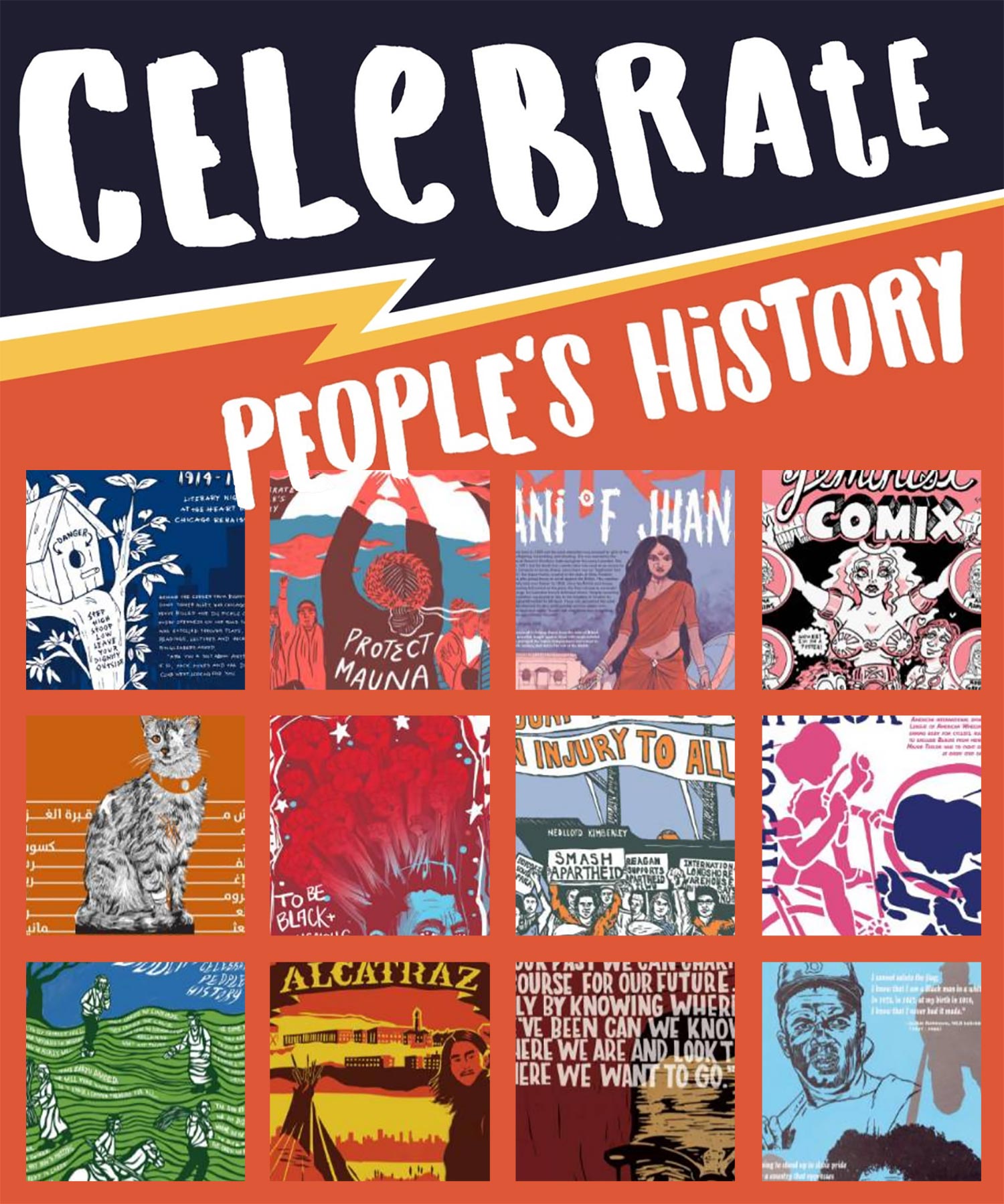 Rooted in the do-it-yourself tradition of mass-produced and distributed political propaganda, the Celebrate People’s History (CPH) poster series seeks to generate a diverse collection that brings to life successful moments in the history of social justice struggles. The project has been organized and curated by Josh MacPhee for over twenty years, beginning in 1998 when he created a poster of Malcolm X, and then pasted copies throughout Chicago’s West Side. Over the following years, MacPhee asked artists and designers to join the CPH project by finding events, groups, and people who have moved forward the collective struggle of humanity to create a more equitable and just world and to interpret them with their unique vision and style.

Today CPH posters grace the walls of dorm rooms, apartments, community centers, classrooms, and city streets. Over 125 different designs have been printed in the past twenty years, adding up to nearly half a million total posters. Although MacPhee has organized and funded these posters himself, the series has always been a collective project. Nearly two hundred artists have designed posters, including Brett Colley, associate professor in the Department of Visual & Media Arts at Grand Valley State University. In addition to the artists, multiple community-based print shops have done the production, dozens of people have run around at night pasting them on the street, and thousands have helped distribute them around the world.

Virtual tours of the gallery are every Thursday at 1pm EST on Instagram live: @GVSUART

More information, including resources for educators, can be found HERE.