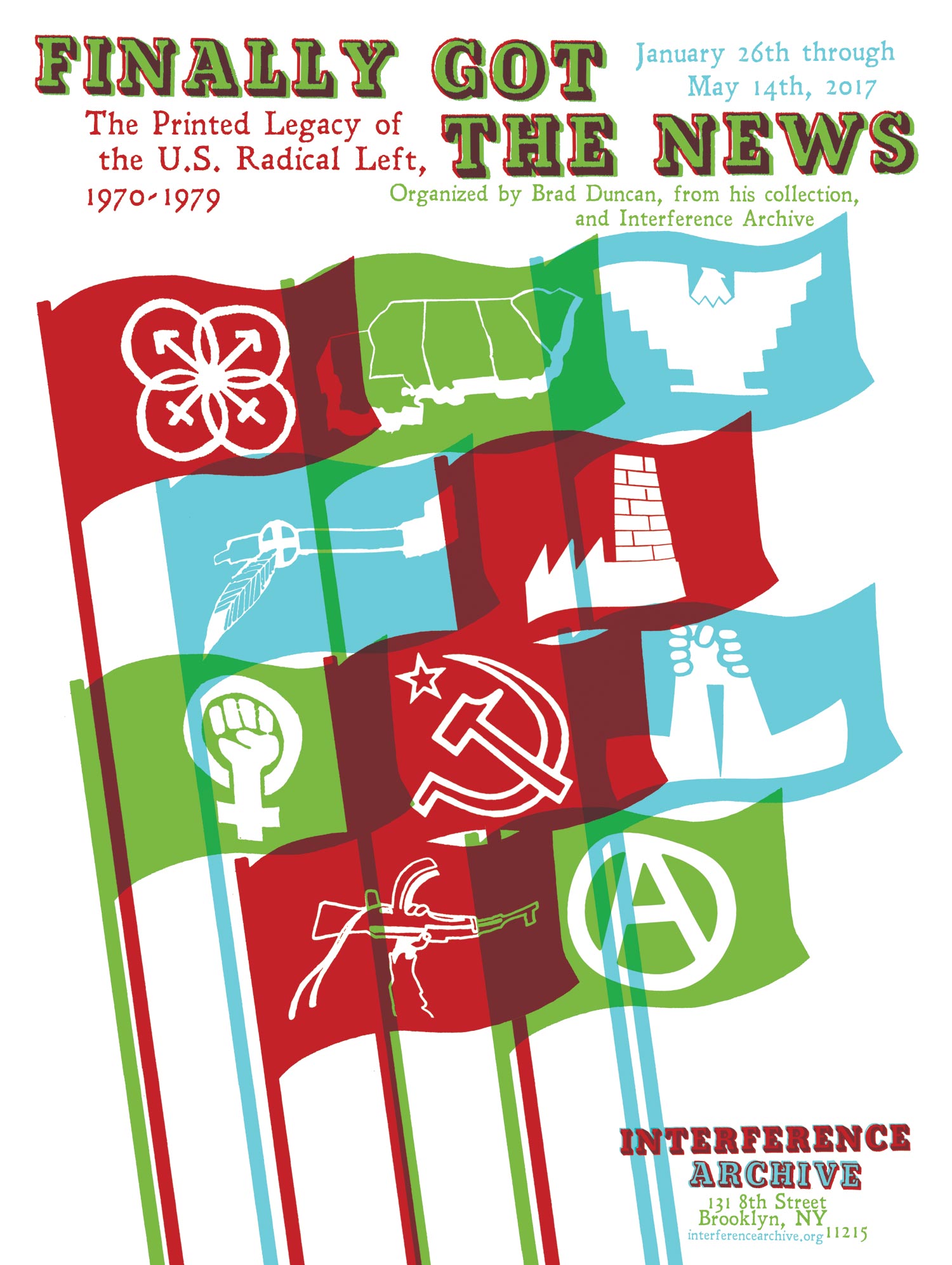 Finally Got the News uncovers the hidden legacy of the radical left of the 1970s, a decade when vibrant social movements challenged racism, imperialism, patriarchy and capitalism itself. It uses original printed materials—from pamphlets to posters, flyers to record albums—to tell this politically rich and little-known story.

The dawn of the 1970s saw an absolute explosion of interest in revolutionary ideas and activism. Young people radicalized by the anti-war movement became anti-imperialists, veterans of the Civil Rights and Black Power movements increasingly identified with communism and Pan-Africanism, and women were organizing for autonomy and liberation. While these movements may have different roots, there was also an incredible overlapping and intermingling of activists and ideologies. New types of hybrid organizations emerged. Finally Got the News shines a light on the full breadth of organizations and collectives that were a part of the ‘70s radical renaissance, from Marxism to anarchism and beyond. This exhibition features original materials from Amiri Baraka’s Congress of African People, radical broadsides distributed in factories, queer socialist pamphlets, and agitational newspapers from Puerto Rican revolutionary groups like the Young Lords Party. These diverse movements used printed materials as organizing tools in every political activity, creating a sprawling and remarkable array of printing styles, techniques, and formats. Through the lens of printed materials we can see the real nuts and bolts of revolutionary organizing in an era when thousands of young revolutionaries were attempting to put their beliefs into practices in workplaces and neighborhoods across the U.S.

These printed materials were made to be ephemeral and disposable, making collecting and preserving the paper legacy of ‘70s radical activism especially difficult. But many materials have survived and offer an irreplaceable insight into this period. This exhibition will bring together printed materials produced by these organizations, from flyers to buttons to posters to the ubiquitous party newspapers. The majority of the material is from the archive of Brad Duncan, amassed over twenty years of collecting and activism. Additional items are from the collection of Interference Archive. A robust events schedule will accompany the exhibition, including discussions with former activists and organizers, exhibition tours, film screenings, and listening parties.

Finally Got the News raises many essential questions that are still contemporary: from community responses to police brutality, to battles for better wages and working conditions, to opposition to U.S. imperialism in the Middle East. Radical movements of the ‘70s attempted to confront issues that are still with us.