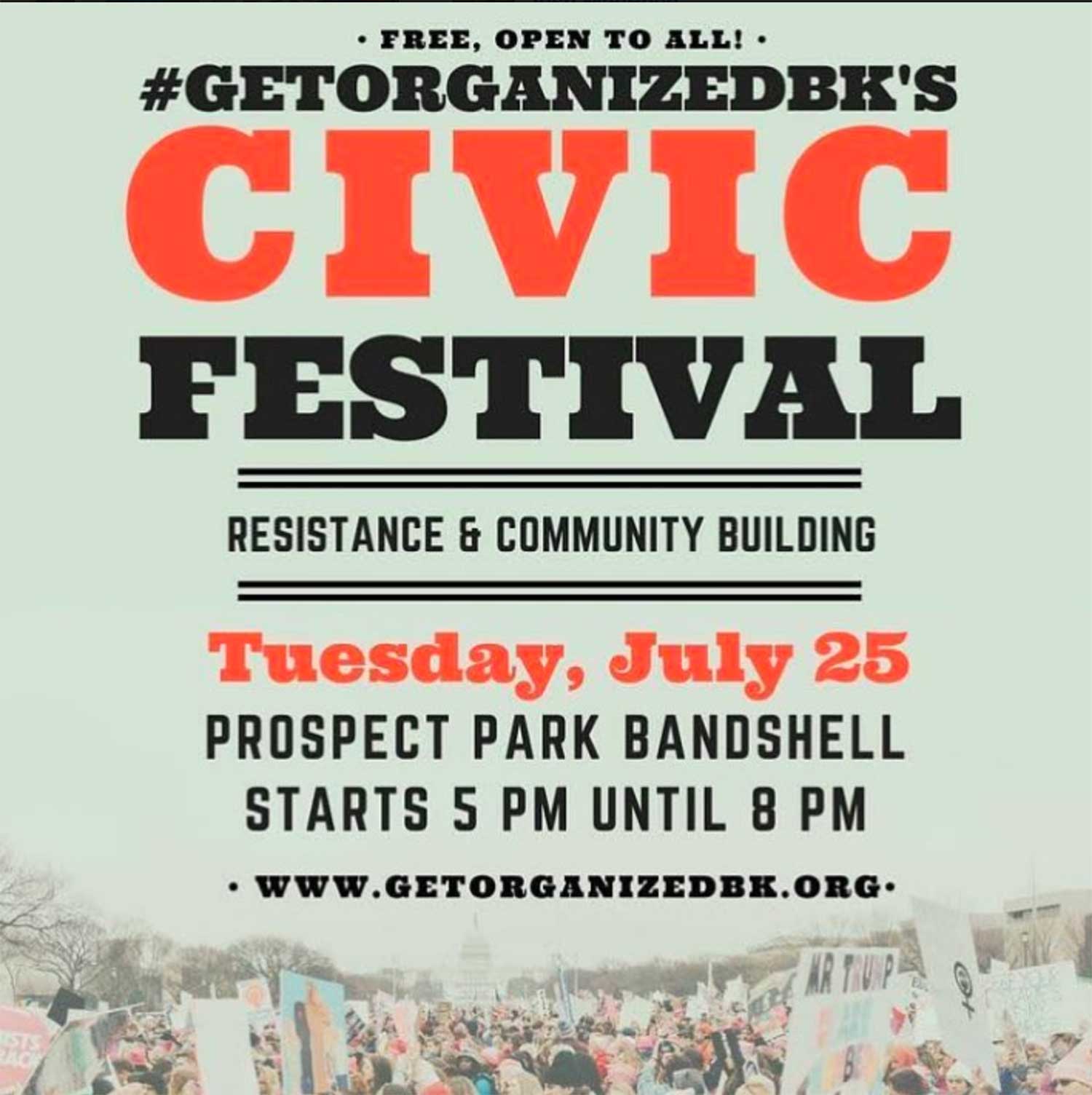 Interference Archive is heading over to Prospect Park to take part in GetOrganizedBK’s Civic Festival — and we’re bringing a propaganda party with us!

What is a propaganda party? It’s where we get together to make and share graphic and informational material that we can use in our organizing work. This is a time to meet people, learn about the work different organizations are doing, and pick up flyers, stickers, posters, buttons, and more. All this material is free to you.

What will we be doing on July 25 in Prospect Park? As part of the GetOrganizedBK Civic Festival, we’ll be:

— giving away posters and stickers in support of many of the issues and movements the community is organizing around right now,
— We’re setting up to make buttons,
— and we’ll doing some experimental large-scale screenprinting onsite! We’re going to be printing three giant screens on an big roll of canvas, making yardage of protest banners. (Shoestring Press, Print.Organize.Protest., and Kayrock Screenprinting will be helping us out.)

And, as always, we need as many people involved as possible. We love meeting new people (that’s you!) and having great conversations about community organizing. We’re excited to see you there!