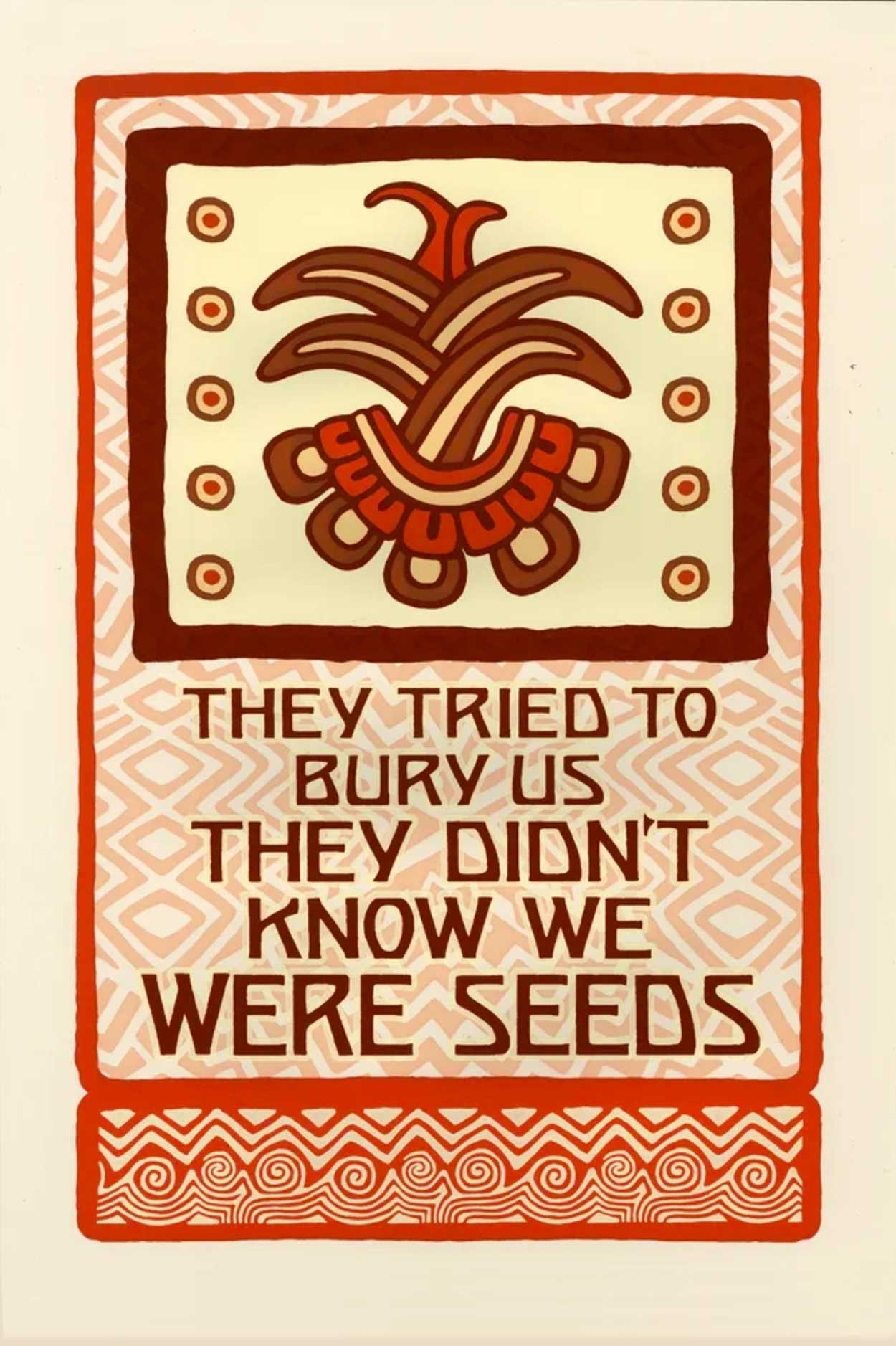 A critical conversation between Dignidad Rebelde (Jesus Barraza and Melanie Cervantes) and Josh MacPhee, engaging question around the history of political graphics, the tension within aesthetics and social movements, a focus on poster making for local struggles, and the politics of representation. To register for this zoom discussion, click HERE.

Melanie Cervantes (Xicanx) and Jesus Barraza co-founded Dignidad Rebelde in 2007, a graphic arts collaboration that produces screen prints, political posters and multimedia projects which are grounded in Third World and Indigenous movements that build people’s power to transform the conditions of fragmentation, displacement, and loss of culture that result from histories of colonialism, patriarchy, genocide, and exploitation.

Organized by Josh MacPhee, the 2020/21 Christian A. Johnson Endeavor Foundation Artist-in-Residence in the Department of Art and Art History at Colgate University.

Graphic Liberation: Dignidad Rebelde is the 4th in a series of live conversations between Josh MacPhee, Colgate students, and distinguished political graphics producers, exploring the role of culture in social movements and the history and evolutionary usage of political graphics.