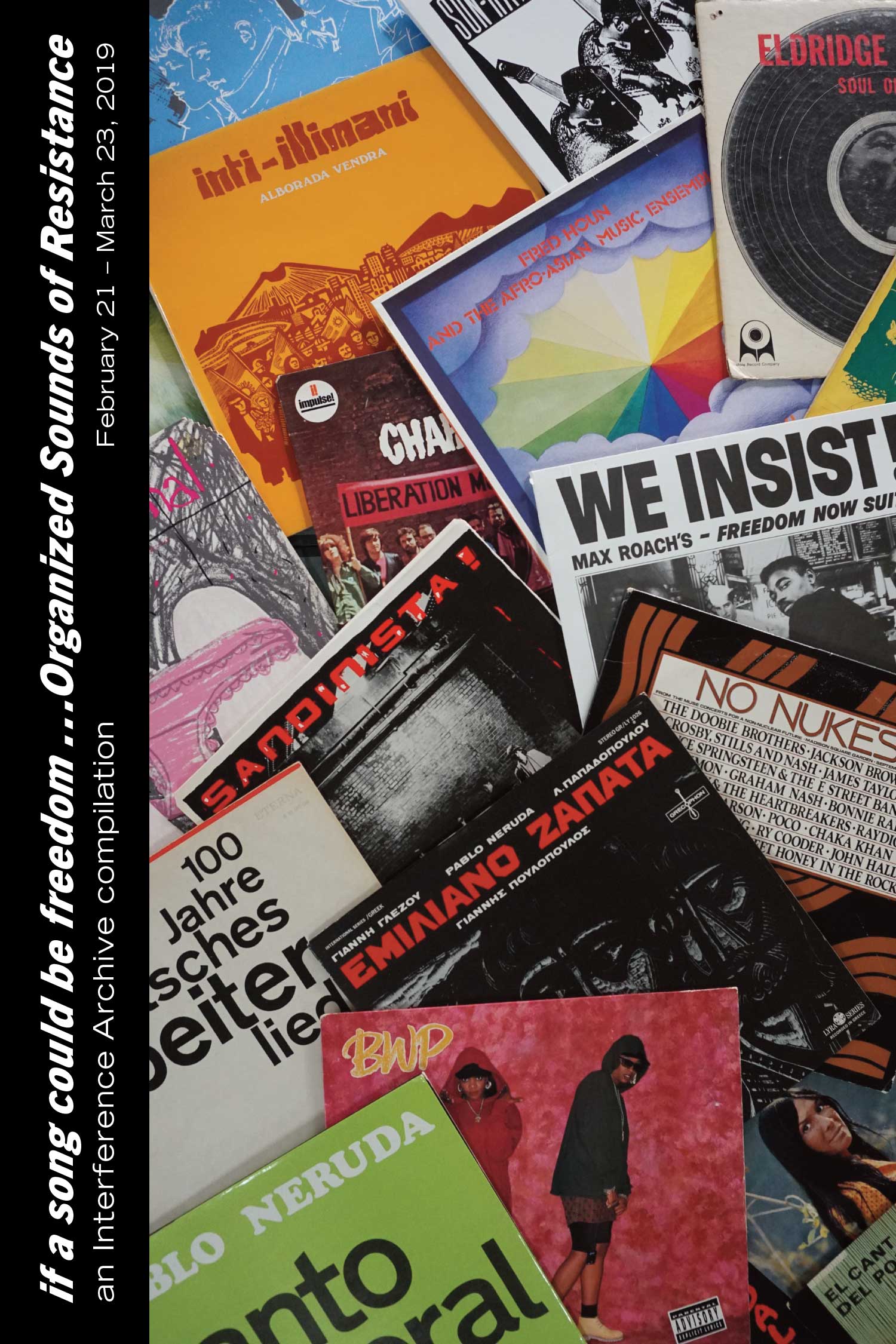 This exhibition looks at how music has shaped the manners in which we understand ourselves in the past, present, and into the future. It features the picture sleeves of more than 200 political recordings—as well as other ephemera-from across the globe that expose the broad
scope of the intersection of music and politics. Visitors are invited to listen to mixtape podcasts, which will also be played on WSIA 88.9FM during the course of the exhibit.

Sound Effects: Discussion and Book Party
with Professors Jillian Báez, Racquel Gates, and Reece Peck of the Department of Media Culture at the Art Gallery of the College of Staten Island on Tuesday, March 5 at 2:30pm. This is a CLUE event.

Music and Movements: Discussion and Listening Session
with Josh MacPhee of Interference Archive at the James Gallery of The Graduate Center, The City University of New York on Wednesday, March 13 at 6:30pm.

if a song could be freedom…Organized Sounds of Resistance is produced in conjunction with Interference Archive. Its programming is co-sponsored by Katherine Carl of the James Gallery and the Film Studies Certificate Program, both of The Graduate Center, CUNY.