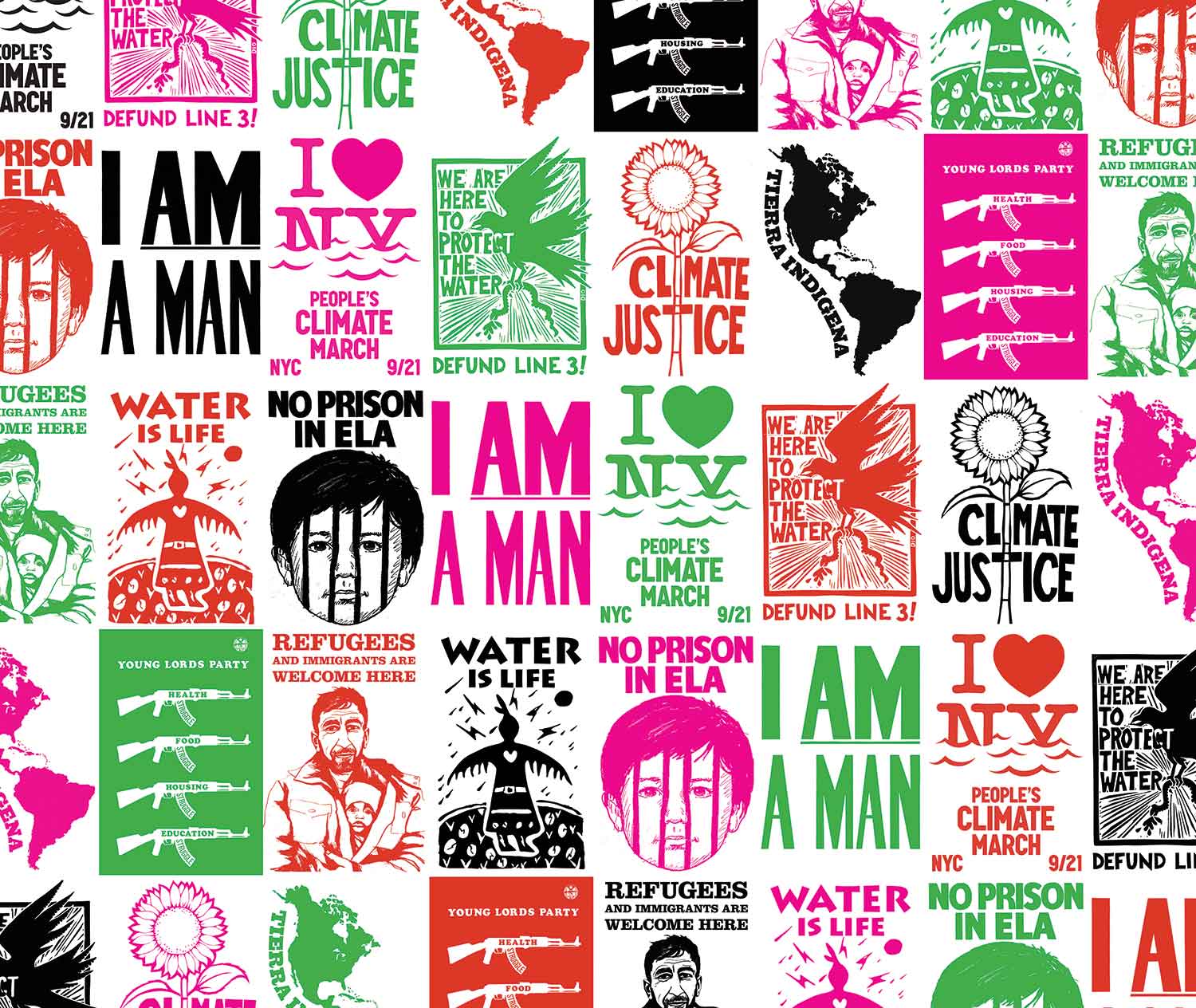 City Lore Gallery is hosting the next iteration of Like the Waters We Rise, an exhibition charting an alternative history of the US environmental movement, one which foregrounds the struggles of Indigenous, Black, POC, and working class struggles. More information HERE.

In addition to the exhibition, the opening on April 29th doubles as the launching of an educational box set of the same name, designed as an “exhibit in a box” that can be collected by universities, libraries, and cultural spaces. It features 20 screenprinted posters, 3 screenprinted mini-banners, and 5 buttons, as well as a book which provides context and curriculum exercises. All proceeds will go directly to the Climate Justice Alliance to further their organizing work.