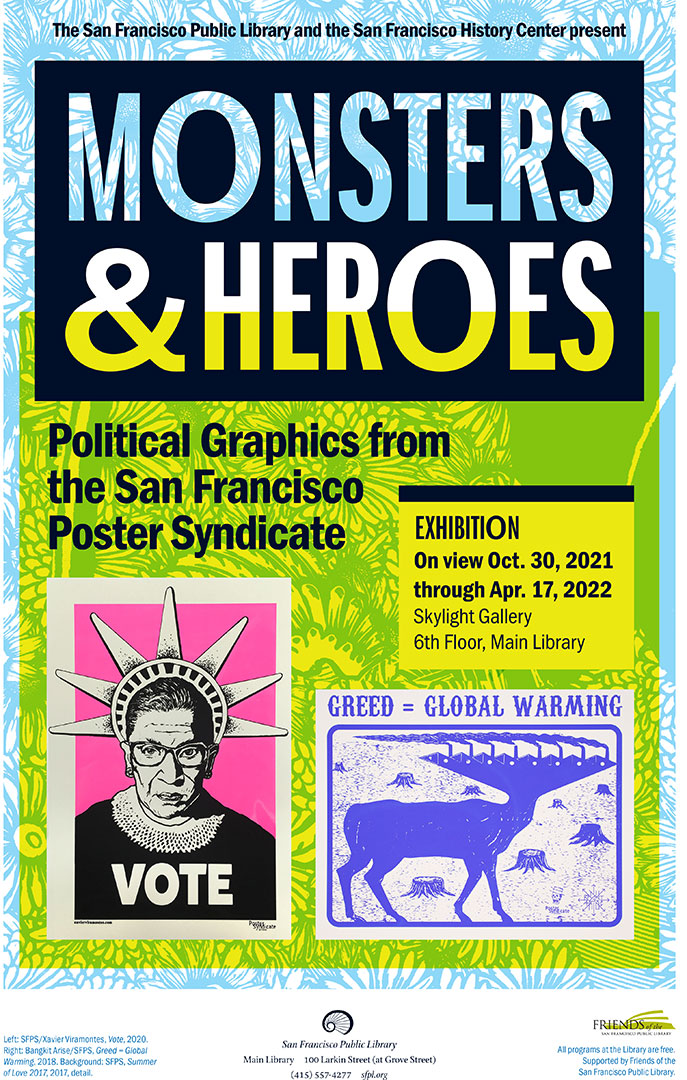 If you live in the Bay Area, you may have seen San Francisco Poster Syndicate screen printing live and giving away free posters at political actions over the last several years. Poster Syndicate has been a regular presence at these actions, whether at the Dakota Access Pipeline protests, Fight For Fifteen actions, protests against ICE internment camps, or at any of dozens of large scale political protests during the Trump Administration. But they have also been printing live at community art galleries, mural unveilings, and working in the background creating graphics for organizers in homeless rights, electoral and union campaigns.

Monsters & Heroes represents two faces of the political graphics created by the lose-knit grouping of over 100 artists and activists who together have produced work in support of a wide range of organizations fighting for immigration justice, racial justice, climate justice, and economic justice since 2014. More info HERE.