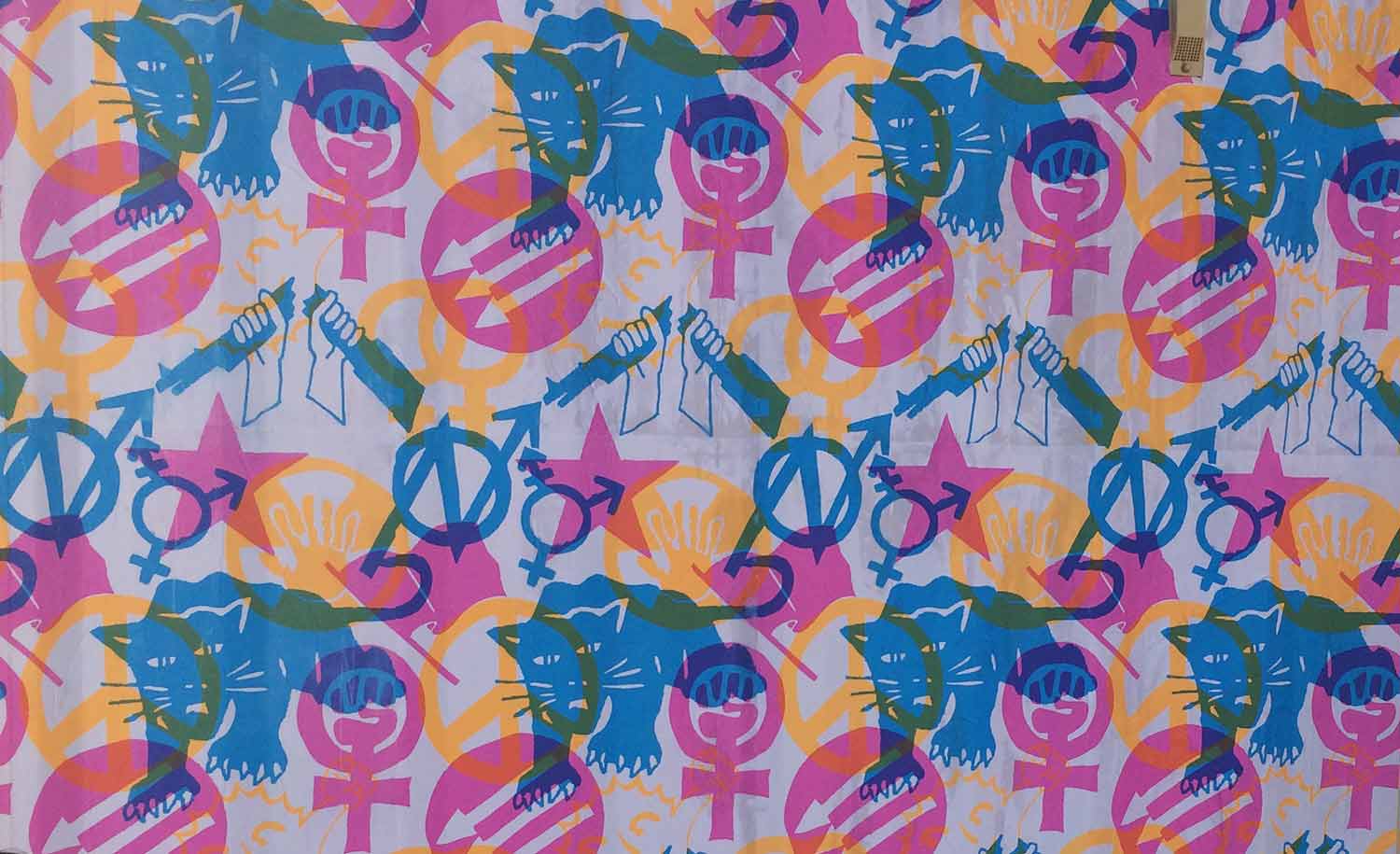 Justseeds has been asked to participate in this years Nuit Blanche in Toronto. It is a massive 12 hour, over night, indoor outdoor, art festival in the centre of the city. We will be in Nathan Philips Square in front of city hall as part of Monument to the Century of Revolutions curated by Nato Thompson.

“The artwork by the Russian collective Chto Delat, consists of an array of shipping containers producing a small village; a veritable mass shipped revolution that unpacks into a world. The work takes its cue from El Lissistky’s Beat the Whites with the Red Wedge, designed by famed architect Yury Avvakumov.
Roughly half of the containers will take on a different moment in revolutionary history ranging from the Mexican Revolution, Yugoslavia and China to May ’68, Cuba, and to Zapatista. The other half will house local artist activist groups touching on issues that address Indigenous peoples, migrant workers, sex workers rights, queer activism, and to revolutions dedicated to African diaspora, and much more. In doing so, this living, breathing monument brings into the world a social space that informs and complicates the narrative and history of global justice.”

The Justseeds shipping container has been wheat pasted in a repeat pattern of historical and timeless social movement symbols, collabo designed by Josh MaPhee and Jesse Purcell and printed at Repetitive Press in Toronto. Mary Tremonte and Jesse will be in the container printing with the public all night from 6pm-6am. We have a bunch of designs from justseeds artists and local orgs and will be making thousands of prints overnight so come get inky.