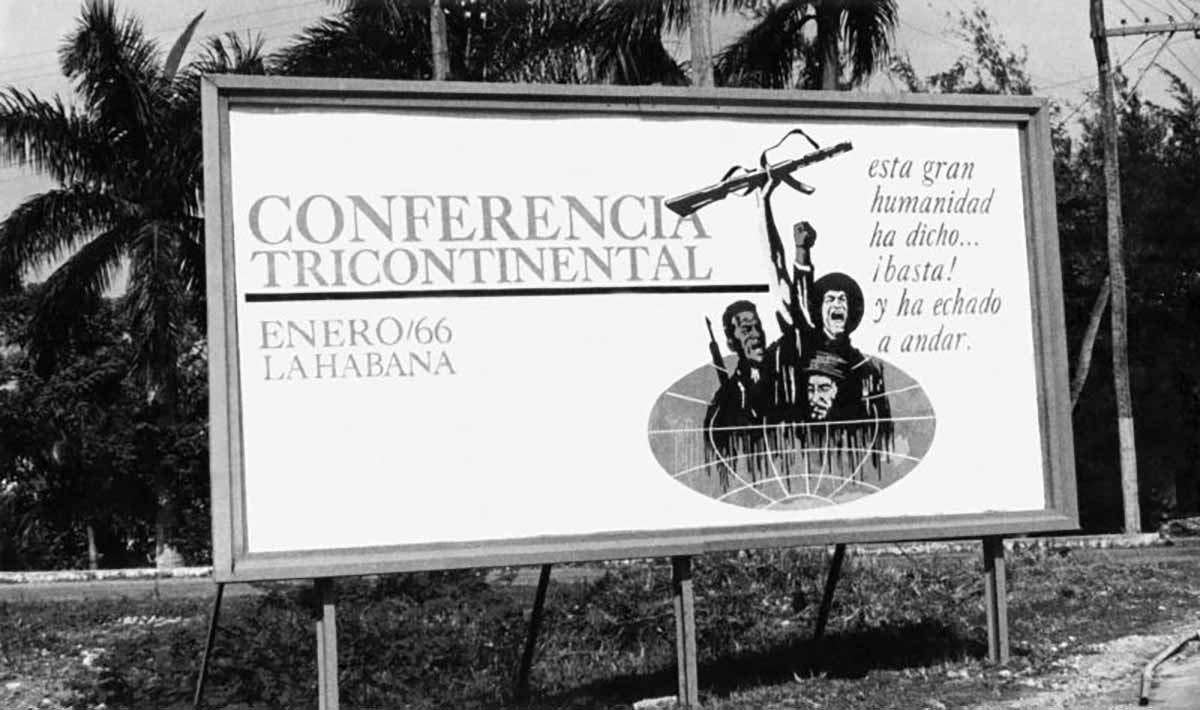 Exploring a chapter of the anti-colonial struggles that unfolded after World War Two, Notes on Solidarity: Tricontinentalism in Print considers the role played by printed materials in the practice of Tricontinentalism. A political project born of the mid-1960s, Tricontinentalism aimed to unite liberation movements across Asia, Africa, and Latin America. Inquiring into the relation of print culture to political feeling, this exhibition looks at how Tricontinentalism and its solidarity discourse inspired a vibrant graphic production by self-determination movements from Havana to Hanoi during the late 1960s and early 1970s. Striking, emotionally persuasive and, above all, highly mobile, printed materials of all kinds during this period assisted in visualizing and spreading messages of affinity and shared struggle between centers of dissent. Bringing together a selection of international graphic production from the era, this exhibition seeks to show how the solidarity that Tricontinentalism proposed was performed through print.

While graphic production relating to Tricontinentalism is often closely associated with OSPAAAL (the Organization of Solidarity of the People of Africa, Asia, and Latin America), based in Havana, this exhibition explores the international engagements with the movement that took place through printed materials. Original documents presented trace both Tricontinentalism’s promotion by a still-young socialist Cuban state and its swift radiation outwards from Cuba, adopted as an ethos by self-determination movements that spanned the globe. While mapping this international circulation, the exhibition also asks after the particular qualities of print that made it so effective at carrying a Tricontinental discourse of revolutionary community through the world. Acts of identification and exchange that were germane to printmaking as a technology based in mechanical reproduction are foregrounded, with print considered as an organizing tool. At the same time, the exhibition invites contemplation of print as an affective medium, capable of transforming solidarity from an abstract concept to a visual and tactile object that could be held in the hand. Assembling posters, newspapers, magazines, books, flyers, and postcards issued in the swell of Tricontinental feeling, Notes on Solidarity explores a moment when the project of anti-colonialism and practice of visual production came into close alignment; when printmaking and solidarity were one.

The exhibition is curated by Debra Lennard, Curatorial Fellow at the James Gallery and doctoral candidate in the PhD Program in Art History at the Graduate Center, CUNY.

Notes on Solidarity: Tricontinentalism in Print is presented in cooperation with Interference Archive, Brooklyn. Thanks to the PhD Program in Art History. The curatorial fellowship and exhibition is made possible by the Andrew W. Mellon Foundation.