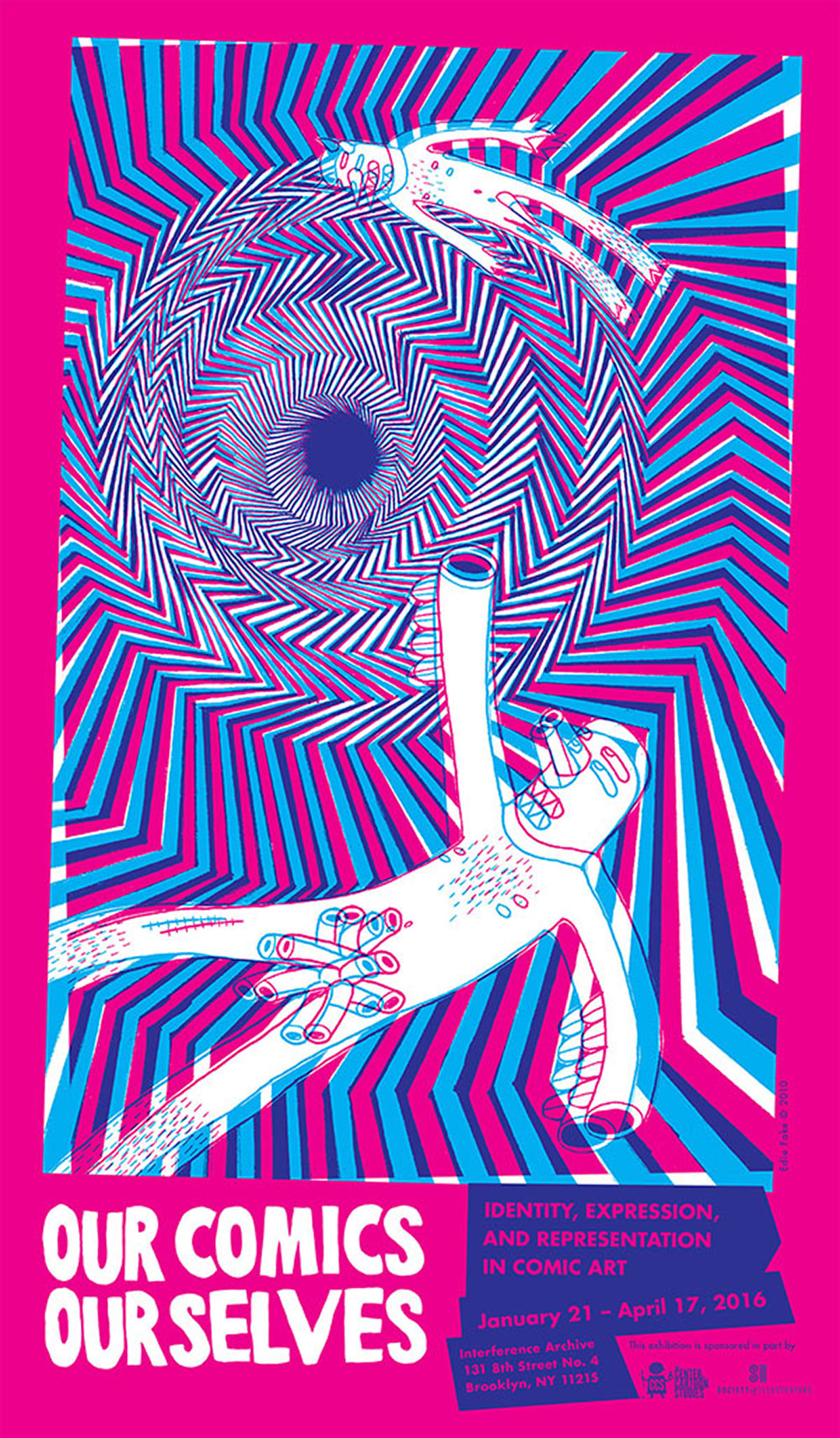 The exhibition Our Comics, Ourselves: Identity, Expression, and Representation in Comic Art presents the graphic stories that describe the complexity and diversity of our collective experience, and examines the social and historical contexts within which they emerged. Through comics we are not only able to recognize ourselves and our own experiences, but also the experiences of others. We can deepen our understanding of the world around us by reading these stories and engaging with their intricacies.

The works on exhibit are outside what has been called “mainstream” in comics—in other words, they do not replicate heroic aspirations of a monolithic American boyhood. They do not aspire towards unified idealism. Instead, these are the stories about all of us—either made by us, for us, or in our names. They are complicated, and sometimes messy. By attempting to narrate around mainstream standards and into uncharted territory, these comics let more of us know that we, too, belong to this world and that maybe, therefore, we are also able to participate in and shape it.

Taking a cue from the women’s movement, the exhibition title suggests the desire to reclaim the comics narrative from the dominant form. To that end, the organizers—like the women who founded Our Bodies Ourselves—developed this project as an open space for discussion about these comics, and also as a challenge to the mainstream comics industry to improve the way our stories are told, if they are told at all.

In an attempt to broaden the scope of this discussion, many renowned comic artists were invited to contribute their favorite comics from their personal collections—works by other creators that either ignited their curiosity in the medium, or influenced the work they do now. Participants include Edie Fake, Paul Buhle, Leela Corman, Ganzeer, AK Summers, Carol Tyler, John Jennings, and Sandy Jimenez, among many others. An exhibition catalog (available for presale here) of original writing and artwork by these participants with full color reproductions of the work they love will accompany the exhibition.

A series of presentations, workshops, panel discussions and film screenings accompanies this exhibition. More information will be available on the Interference Archive website; the schedule includes:

Feb. 2, 7pm, Leela Corman, talks about her work and a participatory reading

Feb. 24, 7pm, Film Screening: Comic Book Confidential (1988) A survey of the artistic history of the comic book medium and some of the major talents associated with it.

This exhibition is made possible in part with support from the Society of Illustrators, and the Center for Cartoon Studies.