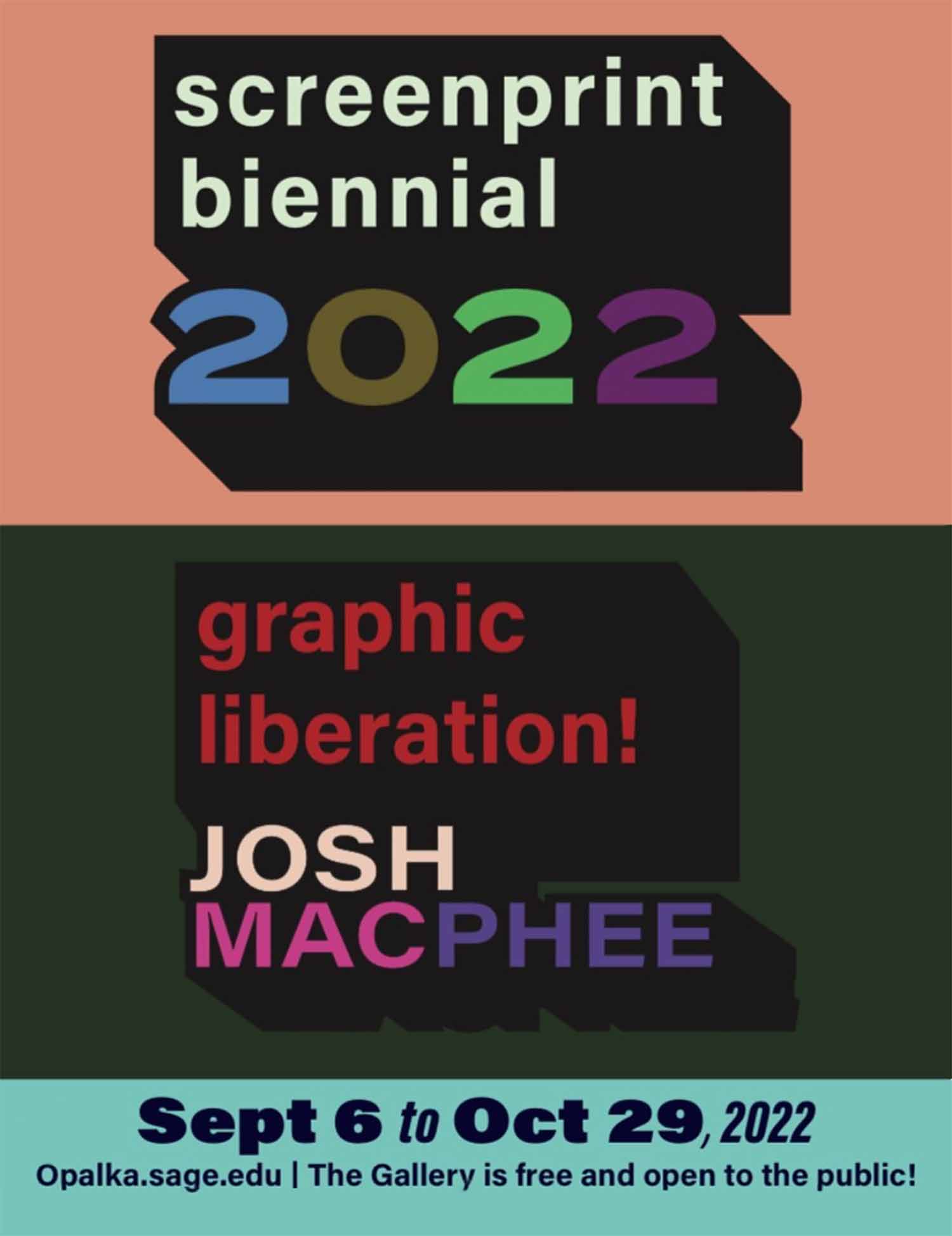 Organized by printmaker Nathan Meltz with guest jurors John Hitchcock and Mizin Shin, this will be the fifth Screenprint Biennial, and the second hosted by Opalka Gallery. Founded by Meltz in 2014, the Screenprint Biennial has a mission of showcasing a range of screenprint-based art applications, from framed editioned prints to installation, sculpture, video, ephemera, and posters. The exhibition isn’t meant to act as a survey or “who’s-who” of screenprinting, but to highlight artists with adventurous, relevant, and passionate takes on the medium.

Graphic Liberation! is an interactive exhibition and workshop created by Brooklyn-based artist and designer Josh MacPhee to map out a visual language of solidarity, human liberation, and dignity which has evolved and been built across the borders of time, nation state, and spoken/written language. Visitors are encouraged to remix this imagery and create new political posters about issues that are meaningful to them in a workshop right in the gallery, complete with relief printing, screenprinting and riso printing. MacPhee will give a talk on October 6, and will be in residence during the exhibition to lead workshops, and engage with students and diverse partners we have organized to utilize the space. Artists Rebekah Tolley, Maya Lewis, and Sage alumni and designer Noah Ross will run print workshops for community groups, along with current Russell Sage art students.

Graphic Liberation! originated at Colgate University. It ambitiously grew in scope and presentation into We Want Everything, an exhibition designed and supported by the Cleveland Institute of Art’s Reinberger Gallery and in collaboration with CIA’s Printmaking Department.

The Graphic Liberation! workshop will be staffed by an instructor who can guide visitors in art making on Thursdays from 5pm to 8pm and Saturdays from 12 to 5pm. If in the gallery at other times and you want to use the workshop, just ask the gallery attendant for help. Community group interested in signing up for a an artist-guided workshop can email opalka@sage.edu to make an appointment.