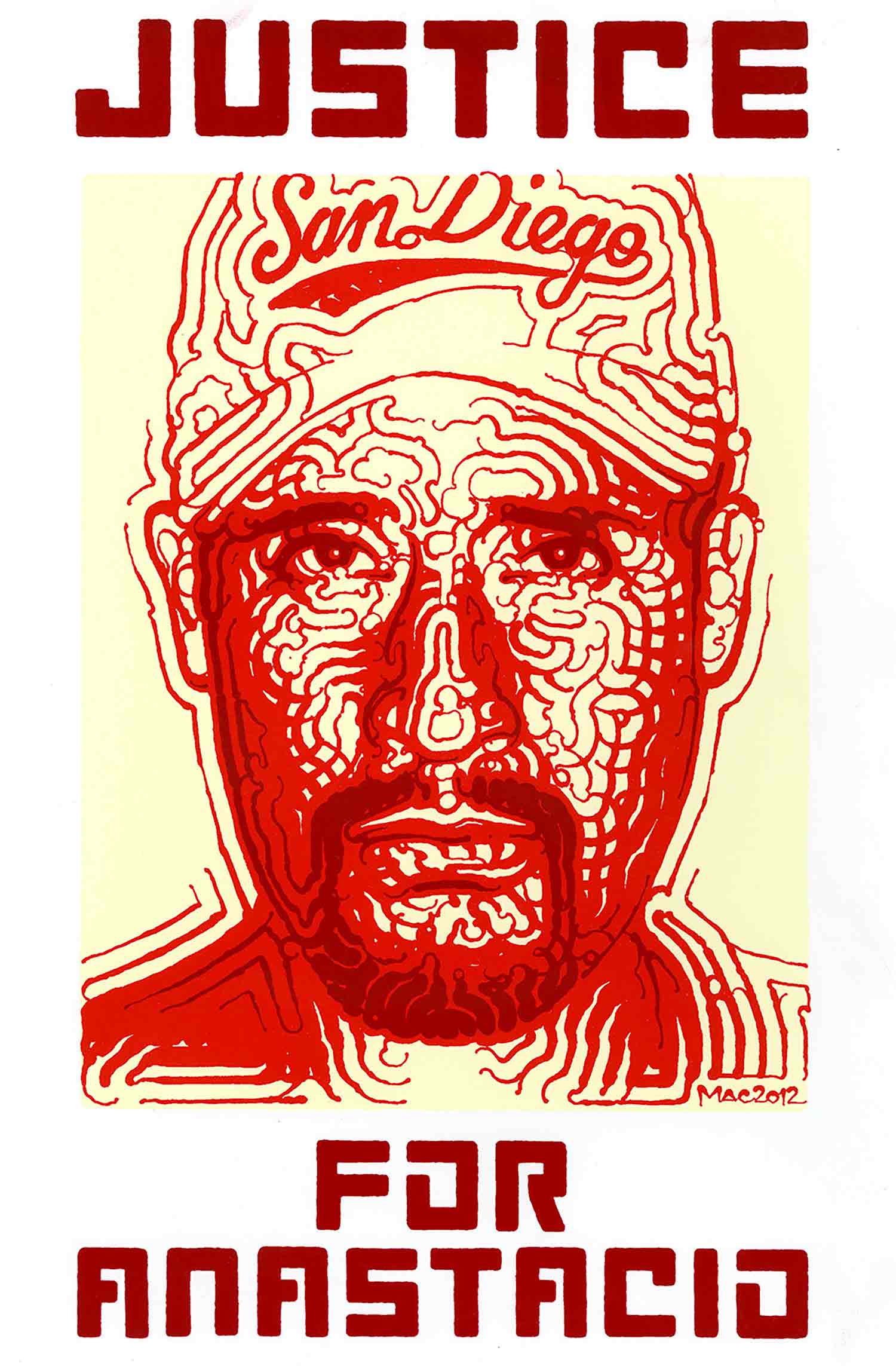 Born in Los Angeles, Mac has been creating and studying art independently since childhood. His primary focus has been the lifelike rendering of human faces and figures. He has drawn inspiration from the surrounding Mexican and Chicano culture of Phoenix and the American Southwest, religious art, pin-up art, graffiti, and a wide range of classic artists, such as Caravaggio, Mucha, and Vermeer. He began painting in the mid 90’s and has since worked consistently toward mastering his signature portrait style. He has been commissioned to paint murals across the U.S. and abroad. In 2009, Mac and fellow artist Retna were the subject of a book that was published by Upper Playground/Gingko Press. Mac continues to focus on creating public art around the world, painting photorealistic canvases, and evolving his brushwork style.

When El Mac learned of Anastasio Hernandez’s murder by border patrol agents, he felt strongly that he had to paint his image. He viewed Anastasio’s story not as an isolated incident, but as a symbol (and a symptom) of larger problems that have been growing in recent years regarding the violence of authority against human beings. Justice for Anastasio really means justice for all.