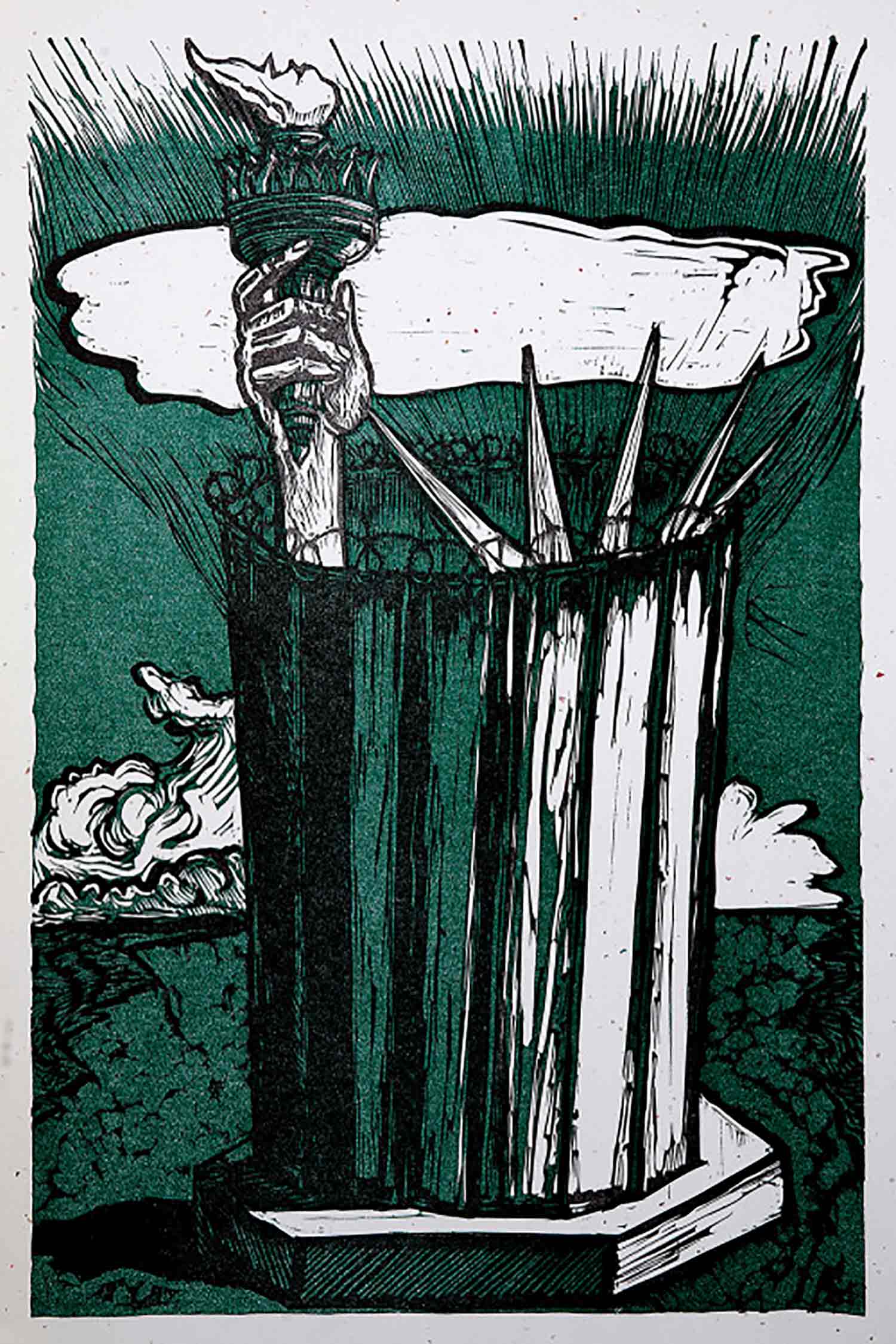 Art Hazelwood (www.arthazelwood.com) wears various hats; those of an artist, an impresario, and an instigator. He has put together retrospectives of several artists and he has organized nationwide political art shows and curated several museum shows, including the traveling show Hobos to Street People: Artists’ Responses to Homelessness from the New Deal to the Present. He is a printmaker with a focus on political and satirical art who has worked in a range of forms, from screenprint posters to fine press artist books. Hazelwood’s prints regularly appear in several west coast street papers and they are in several collections, including the Whitney Museum of American Art.

“Liberty Walled” is a two color linocut print inspired by the very American contradiction of the idealized view of freedom and the reality of a growing police state. The symbol of the Statue of Liberty as a beacon of hope, “Give me your tired, your poor,” etc. falls to pieces in light of the current reign of terror and paranoia that is American immigration policy. Hazelwood presents the image in bold expressive cutting to emphasize the brutality of the situation.