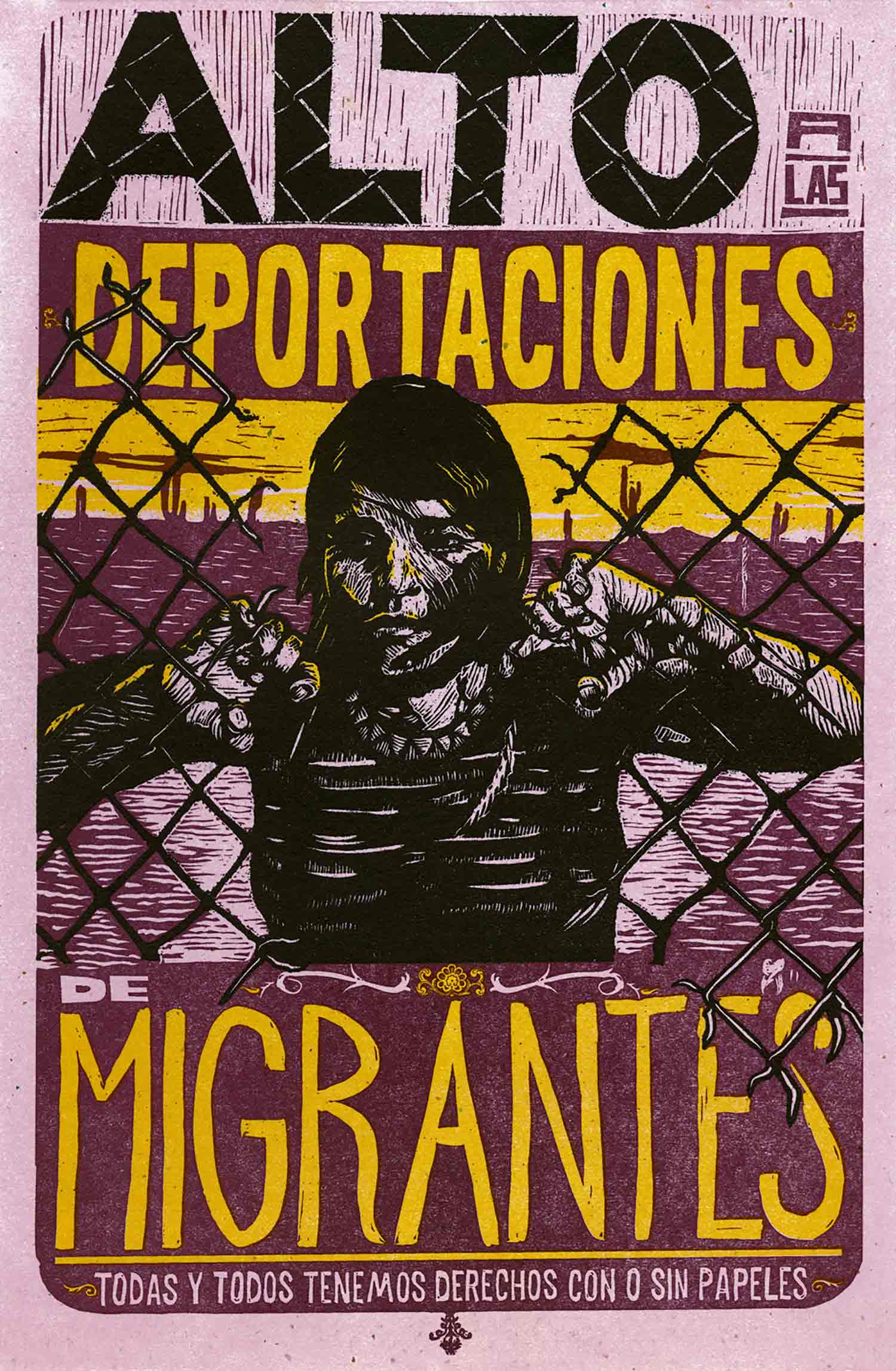 Mazatl’s piece poses an important question: If global capital has free access across borders, why can’t human beings as well? “Millions of people migrate to first world countries seeking a more stable economy after their own regions have been stripped of economic means by the so-called developed world through free-trade treaties such as NAFTA,” Mazatl said. “Immigrants are constantly targeted for violent attacks and as scapegoats for a lack of jobs and a decaying global economy, using xenophobia and racism to justify class inequities. Borders do not only affect populations of the third world, but have a negative impact on us all- plants, animals, and human beings of all ethnic background and nationalities. So end deportations now, tear down your borders.”