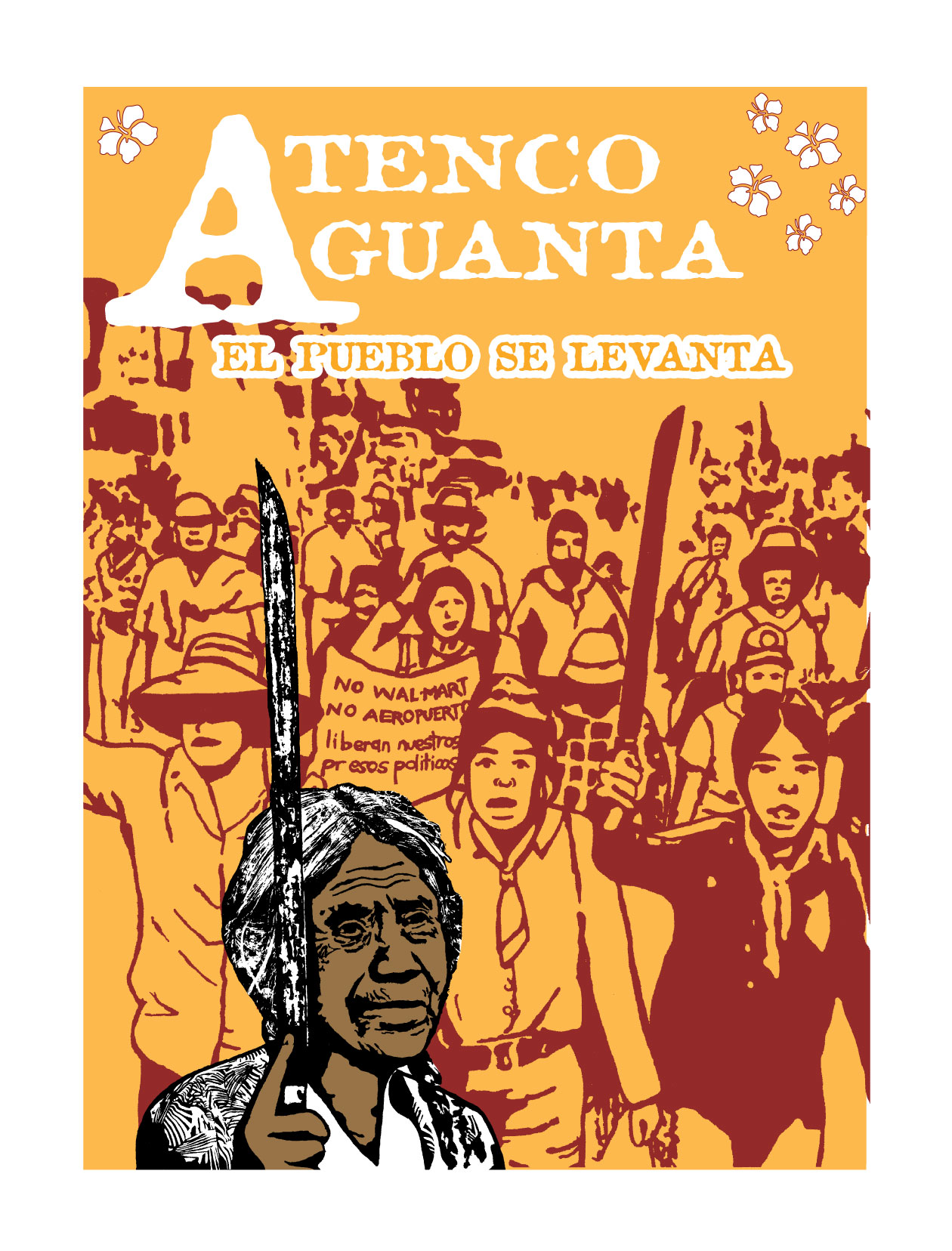 San Salvador de Atenco has a long history of resistance to the central government, dating from before Mexico’s Revolution of 1910. In 2001, Atenco villagers, mostly small farmers, organized the Peoples’ Front for Defense of the Land and stopped former President Vincente Fox from grabbing their farmlands for the construction of a new airport. When they prevailed, a movement was born.

In 2006, this group spearheaded the defense of the flower vendors in nearby Texcoco, who were forcibly removed by police from the streets in order to prepare for the coming Wal-Mart store. Wielding their machetes, the people’s resistance became a symbol of popular protest in Mexico.