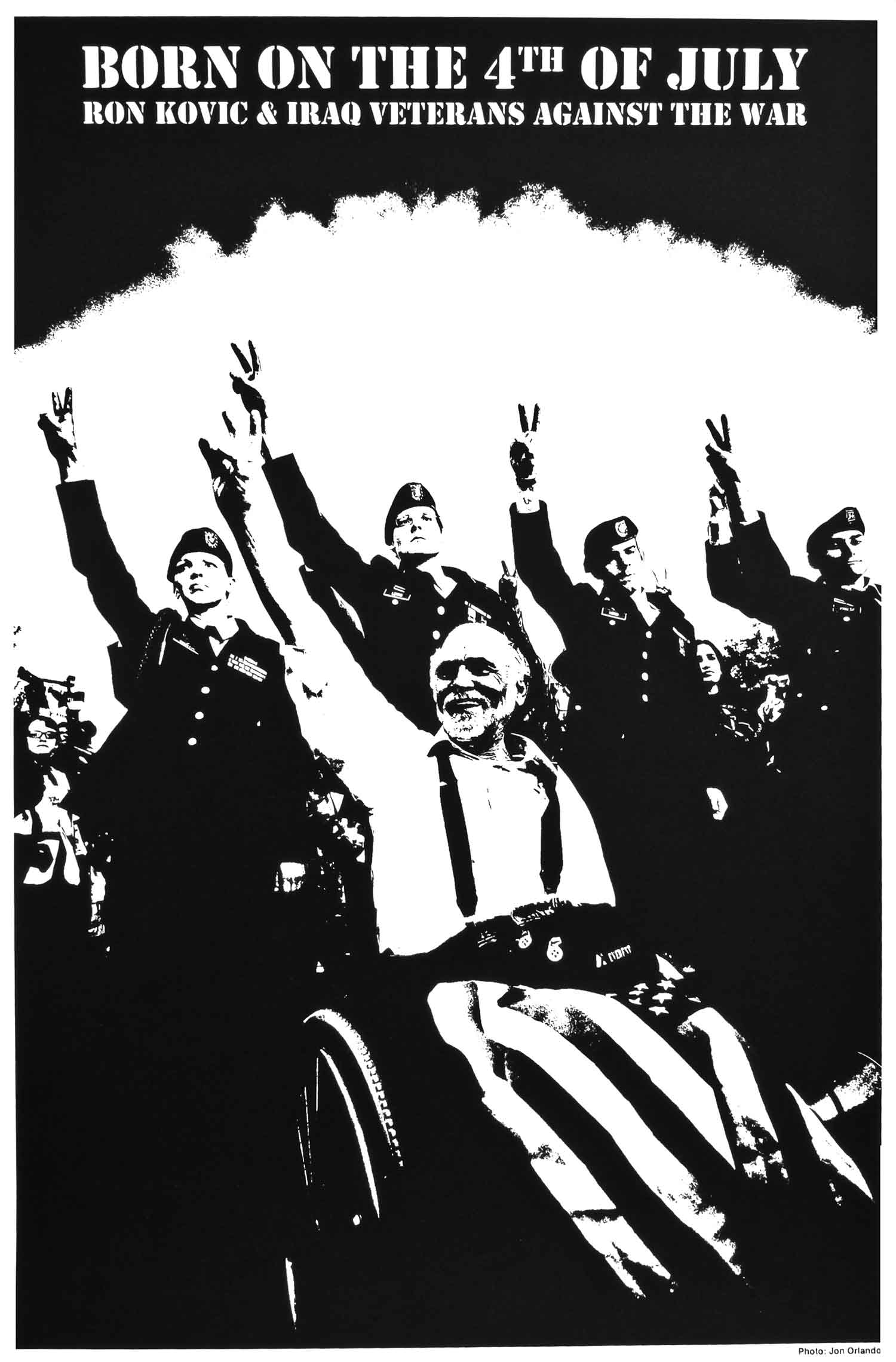 This image by Jon Orlando and Jesse Purcell is from Celebrate People’s History/Iraq Veterans Against the War: Ten Years of Fighting for Peace and Justice, a portfolio that celebrated IVAW’s first ten years and was produced by Justseeds, IVAW, Booklyn, Repetitive Press, and the Civilian Soldier Alliance.

Ron Kovic, a U.S. Marine Corps Vietnam War veteran and anti-war activist who was paralyzed in the Vietnam War and is best known as the author of Born on the Fourth of July, is shown here in the streets with Iraq Veterans Against the War at the Democratic National Convention in Denver in 2008.