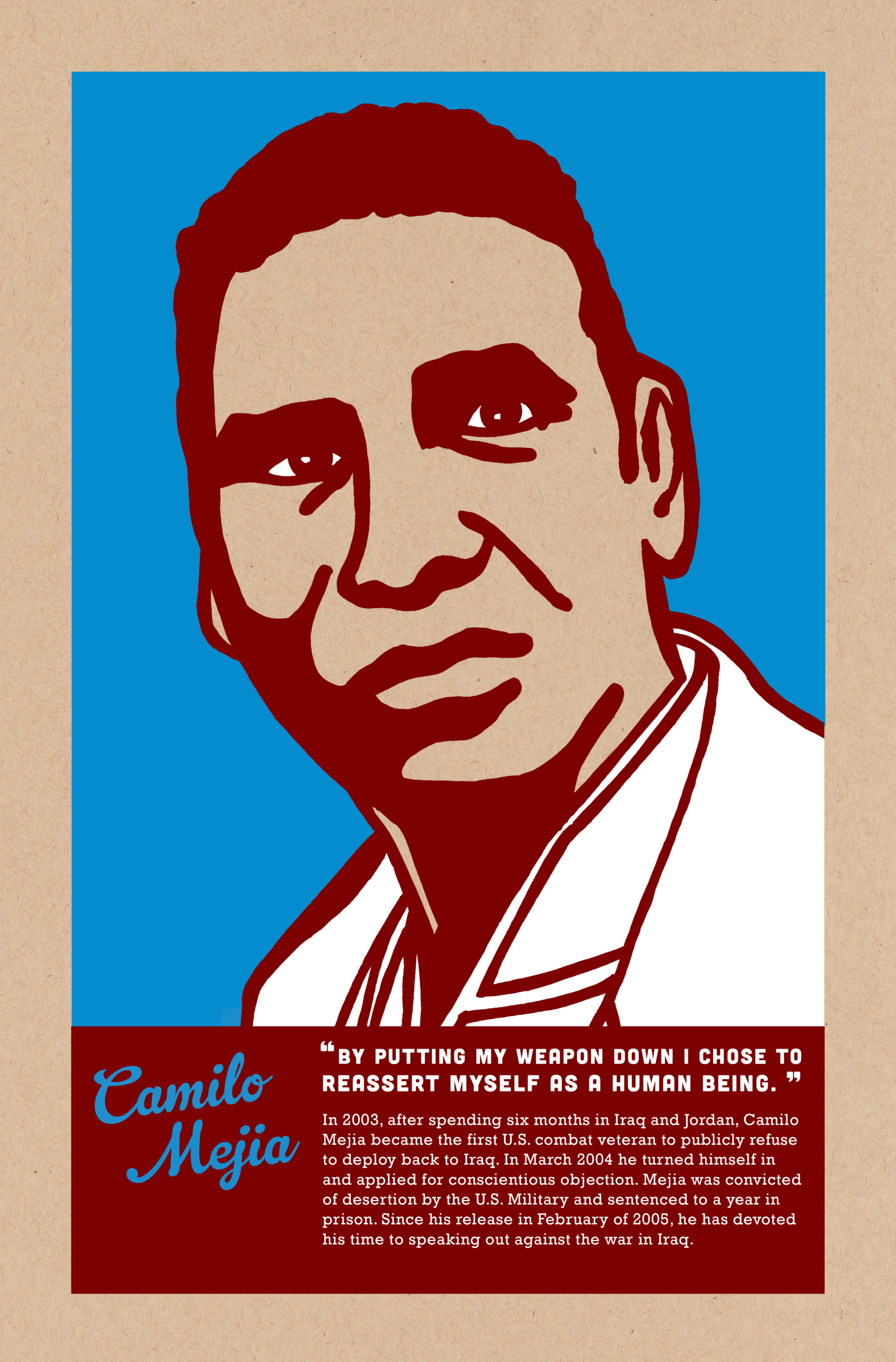 It is a pleasure to share the portrait poster I created of Camilio Mejia. Camilo has been a critical voice in the opposition to the occupation of Iraq.

In 2003, after spending six months in Iraq and Jordan, Camilo Mejia became the first U.S. combat veteran to publicly refuse to deploy back to Iraq. In March 2004 he turned himself in and applied for conscientious objection. Mejia was convicted of desertion by the U.S. Military and sentenced to a year in prison. Since his release in February of 2005, he has devoted his time to speaking out against the war in Iraq.

A portfolio project to brings to life the successful moments of the ten year history of Iraq Veterans Against the War (IVAW). This portfolio, set to be released on IVAW’s tenth birthday, will commemorate and celebrate a range of IVAW’s history and membership. This project will highlight IVAW historical inspirations, key war resisters, IVAW leaders, key internal developments, and IVAW wealth of actions – from its formation in 2004 to the Rise Up Tour, the march to New Orleans, and Camp Casey in 2006, to the Operation First Casualty street actions, the formation of active duty chapters and the opening of GI Rights Coffee House in 2007 to the Winter Soldier: Iraq & Afghanistan hearing and the march on the DNC in 2008 to the Iraq Labor Tour in 2009 to the formation of Afghanistan Veterans Against the War and the Operation Recovery Campaign in 2010 to the withdrawal of troops from Iraq in 2011 to winning changes to the VA and Fort Hood and the NATO action where members returned their service medals in 2012. IVAW has an important and powerful history. It is time to celebrate this history.