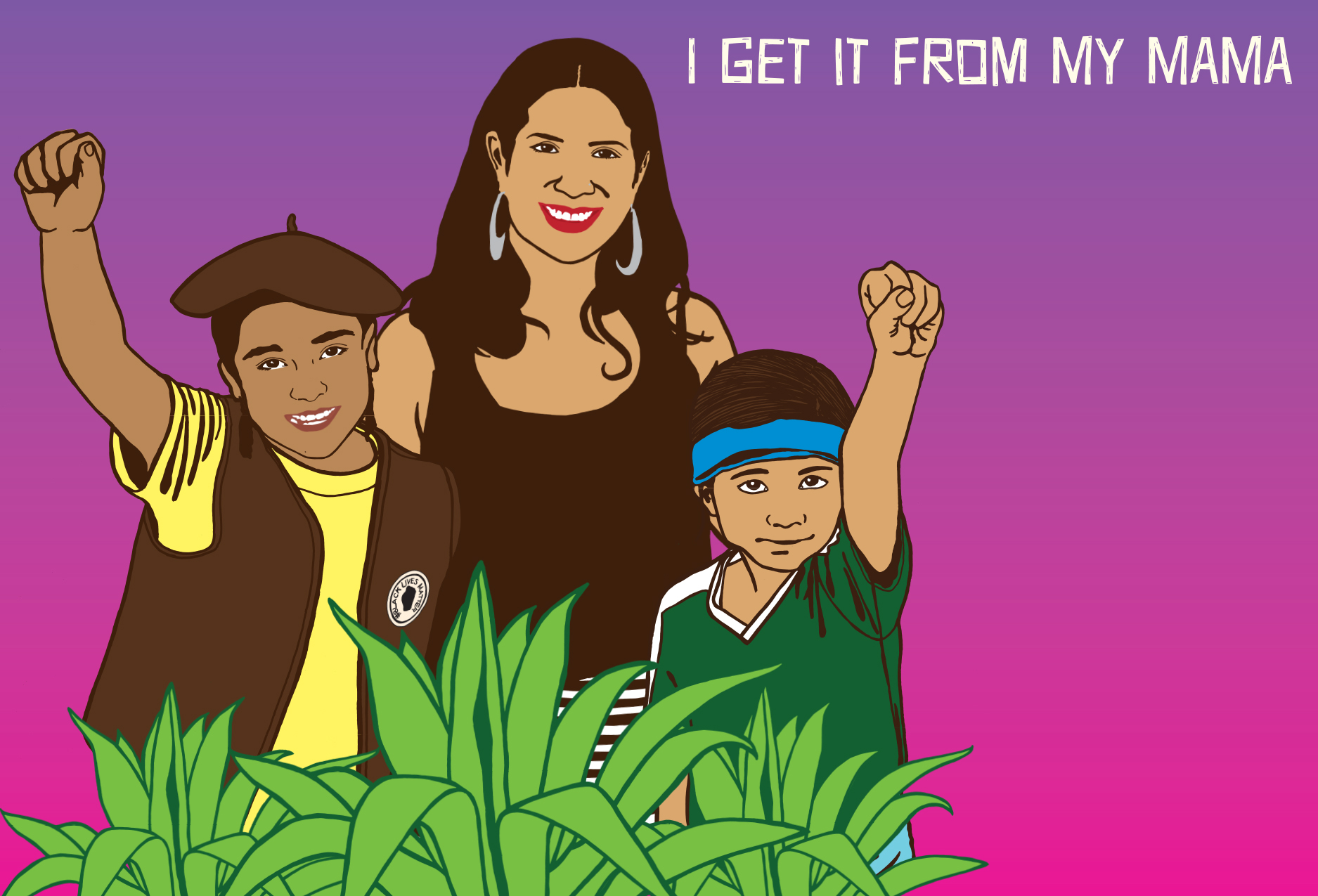 This year I decided to create a portrait of my friend Anayvette and her children Lupita and Diego. Lupita is a Radical Brownie and Diego enjoys playing soccer. They are both danzantes.
Anayvette is the co-founder of The Radical Brownies. If you haven’t heard The Radical Brownies empower young girls of color to step into their collective power, brilliance and leadership to make the world a more radical place.
It was awesome to do this project because Anayvette and I have known each other for about 12 years. I was part of a collective of poets and artists called ENDependence. They were the first collective of artists who believed in me…the first group that gave me space and allowed me to tour with them to show my art.
Anayvette’s fierce radical queer mamahood inspires me!