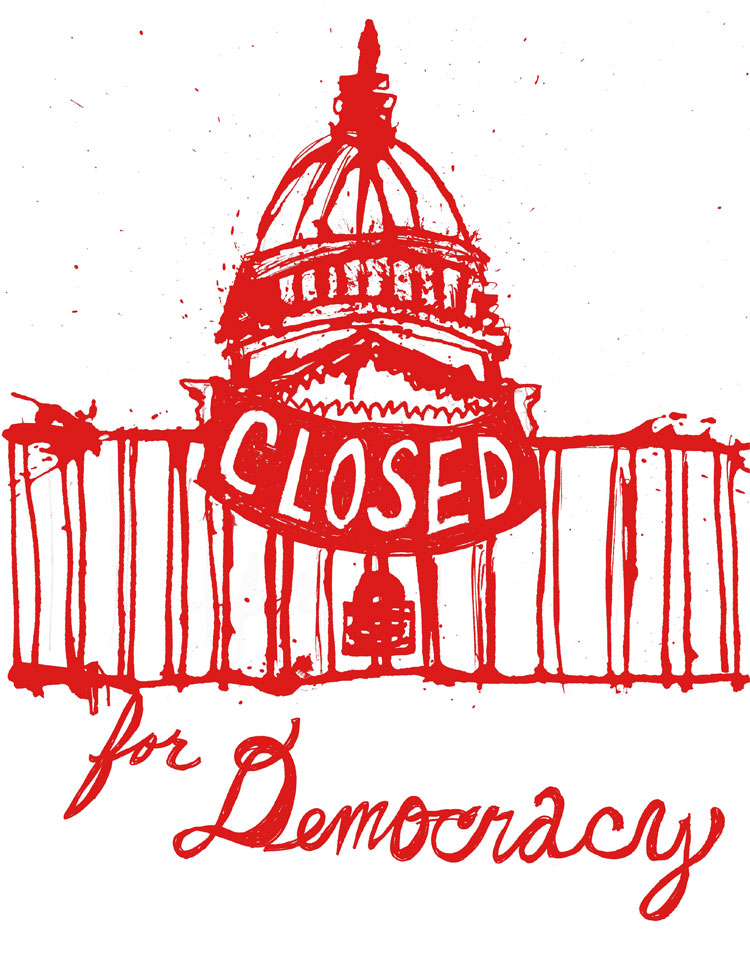 Yesterday at the protest in Madison, Wisconsin union supporters were banned from entering the State Capital. Only a few supporters were allowed to stay inside. The vast majority of opposition to Scott Walker and his bill to end collective bargaining rights for public workers was locked outside this public building. The energy at the protest was great; more defiant and angry than the past few weeks.

This is also drawing all the time : week 46.

Drawing All the Time : Week 17

This week there is an install shot of a drawing that is up at the New Art Center in Newton, MA. That lump on the ground is me. And yes…

Drawing All the Time : Week 46 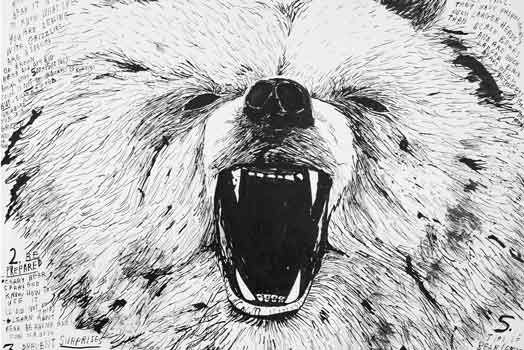 A recent image that is a part of Essential Knowledge: a series of instructional drawings teaching basic skills for success in challenging situations. I got obsessed with bear attacks when we were…

Drawing All the Time : Week 9

This image of a sinking oil rig was drawn on the wall of a gallery at the University of Texas-Pan American in Edinburg, TX. I had a blast there this…