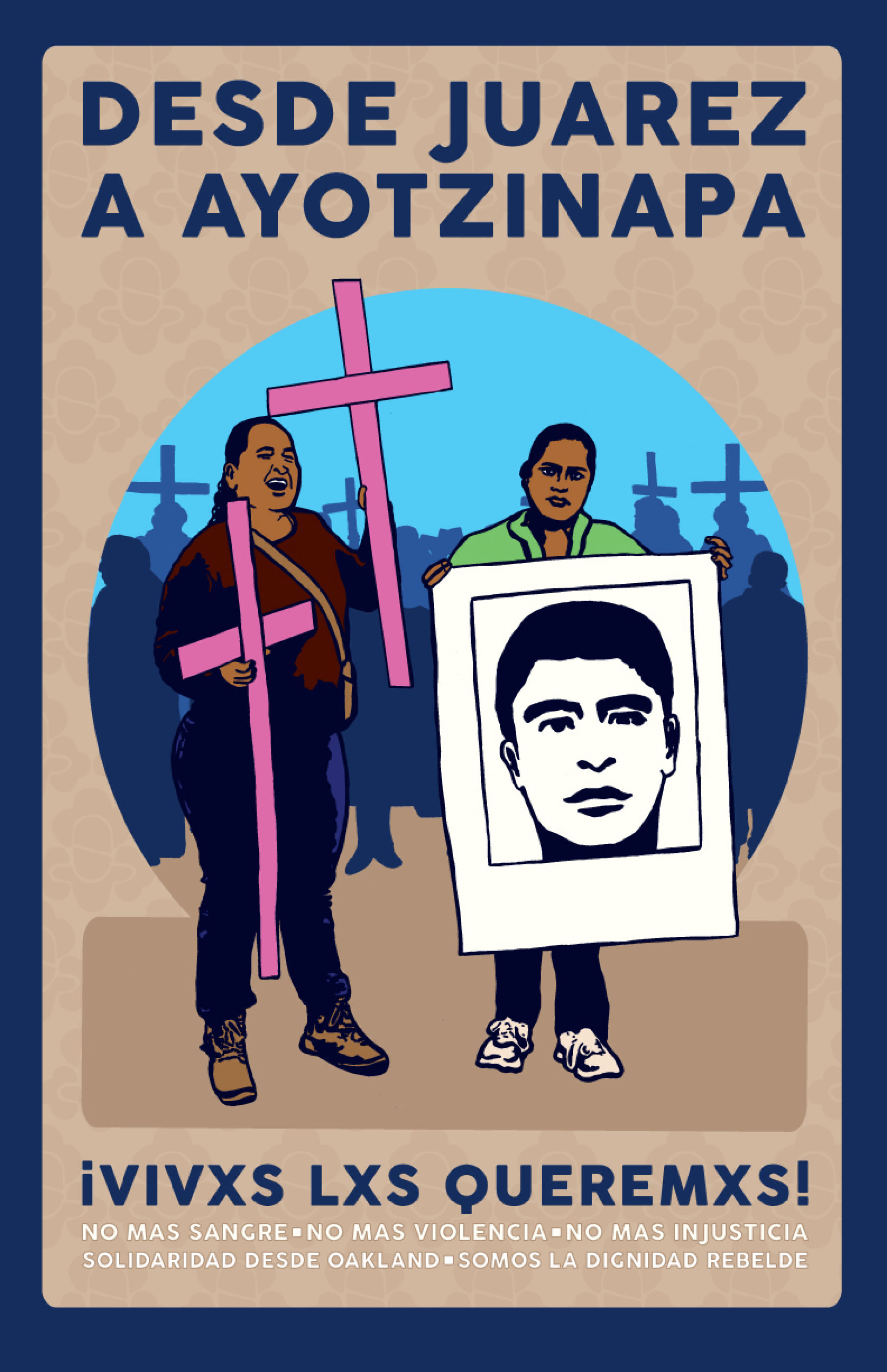 “They were taken alive we want them returned alive.” This message has resonated with me deeply as the story of 43 disappeared male identified students from Ayotzinapa hit the media. They were disappeared after protesting discriminatory hiring and funding practices by the Mexican government.

It immediately echoed of the hundreds of women identified people who have been disappeared and murdered in Ciudad Juarez (known as the capital of murdered women) over the past two decades. Women seen as labor with declining value in post- NAFTA maquiladoras or as horrific as disposable commodities.

In what many believe, including me, is State sponsored violence and genocide of people all over the nation of Mexico we continue to see the reign of terror of government against its people.