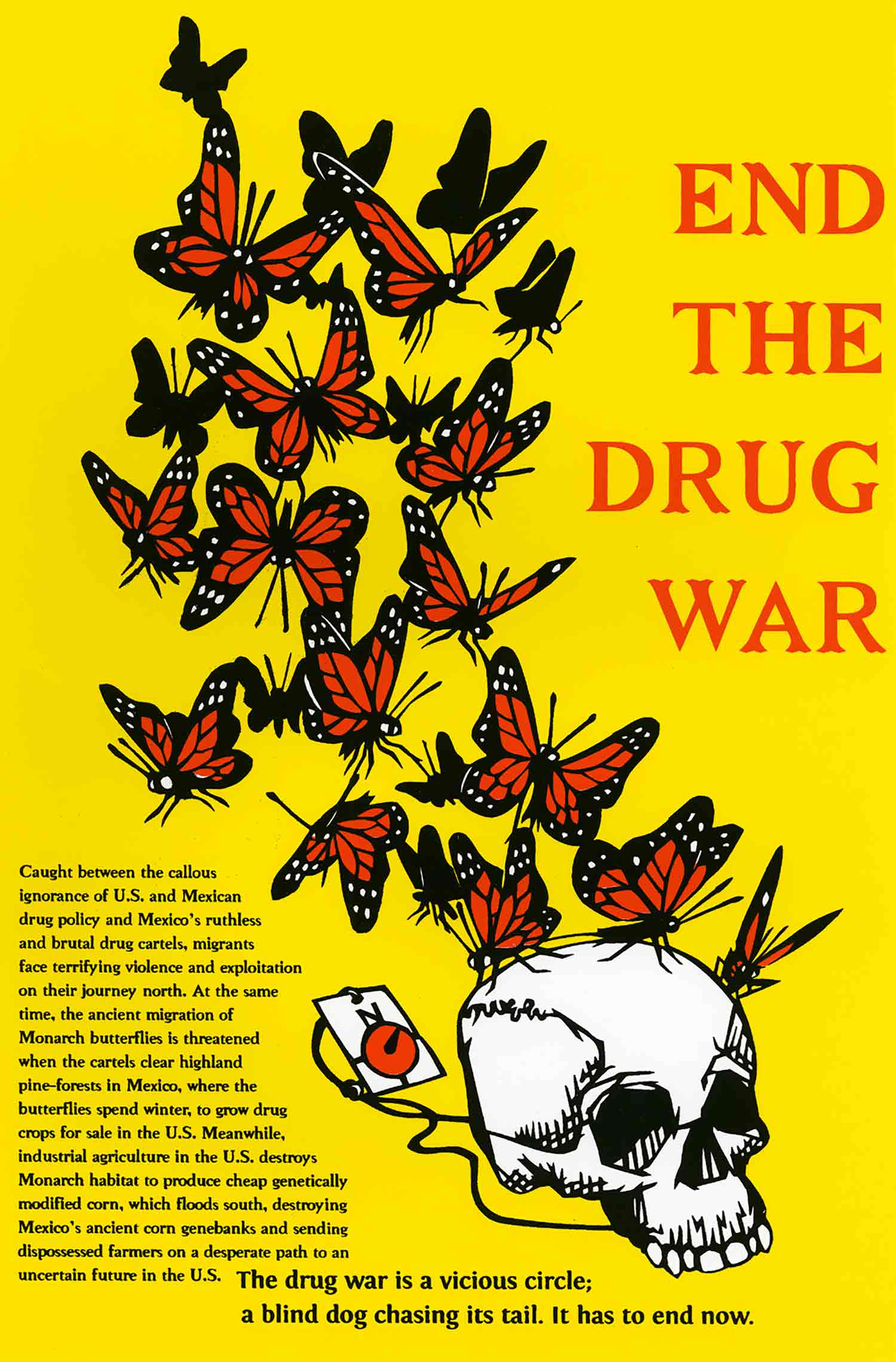 Peet’s piece was inspired by his current obsession with the “apocalyptic carnage” of the cartel wars in Mexico, and the ways in which the violence has extended its reach into arcane corners of the natural and cultural world. “The cartels that have emerged to satisfy the stupendous level of U.S. drug demand have become some of the most terrifying purveyors of black magic and ritual butchery the world has ever known, and both the forests and peoples of Mexico and Central America are cut down before them,” Peet said. “Directly responsible for their rise are the hypocritical and racist policies that see drug use as personal delinquency instead of as an integral part of an exploitative economic superstructure. The nations of Central America have concluded that the drug war is a failure and they are moving towards decriminalization. Hopefully the U.S. will move before the mass graves are filled to the brim.”