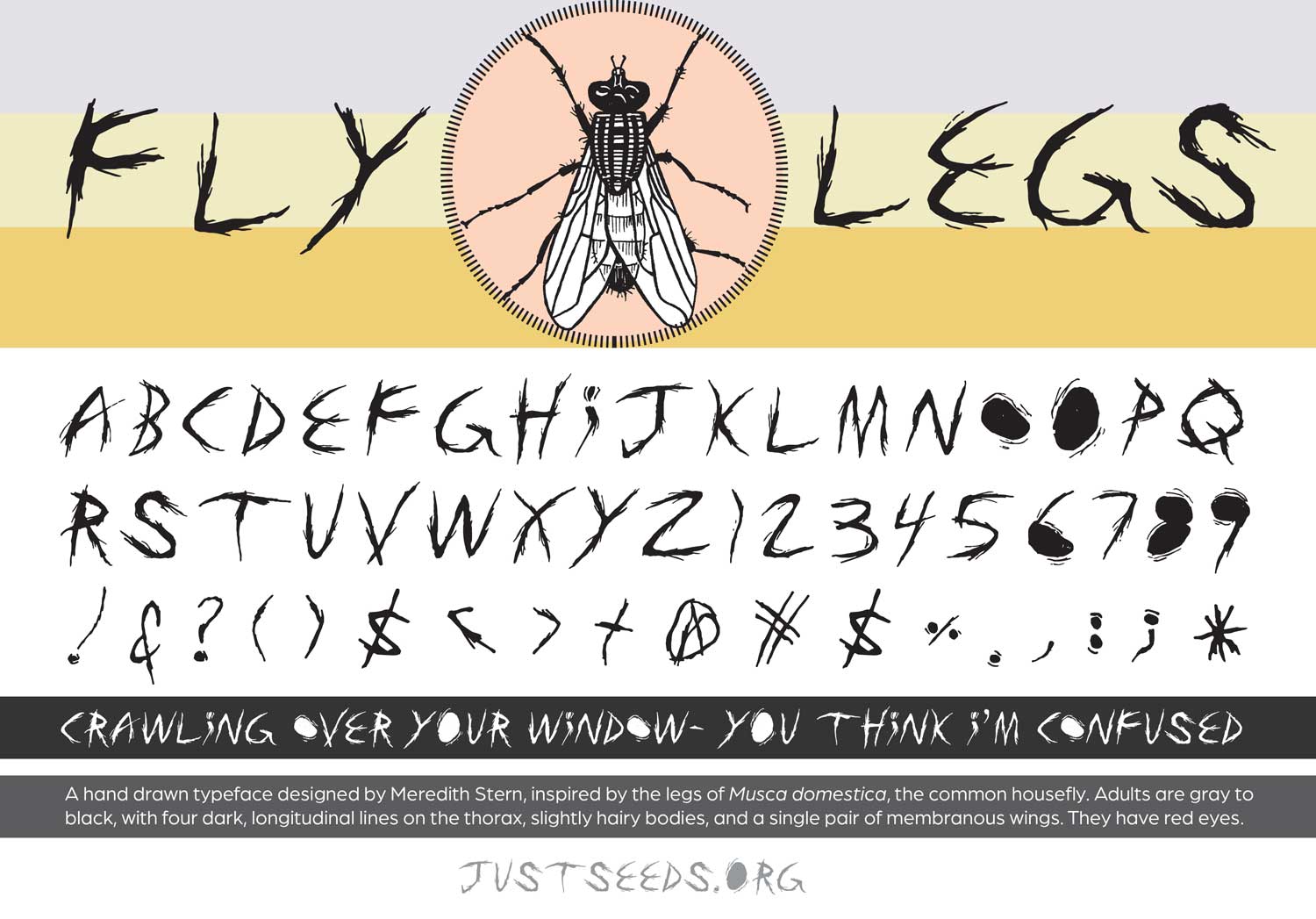 The second in a series of free font packs designed by the artists and cooperative members of Justseeds. This second installment includes a hand drawn typeface by Meredith Stern inspired by the legs of the common house fly (appropriately titled Fly Legs). Also included is The Anarchist Encyclopedia–a font designed by Josh MacPhee for a book of the same name, written by Sébastien Faure in 1934 (and re-published with Josh’s font by AK Press in 2019). The Anarchist Encyclopedia is a color font with black and white elements (a variant is included using only the black forms from this letter set). And the final font included is Manifesto, a sans-serif font derived from the mastheads of communist newspapers. The attached zip file contains 4 OpenType fonts (the three fonts with two versions of Anarchist Encyclopedia as mentioned above). 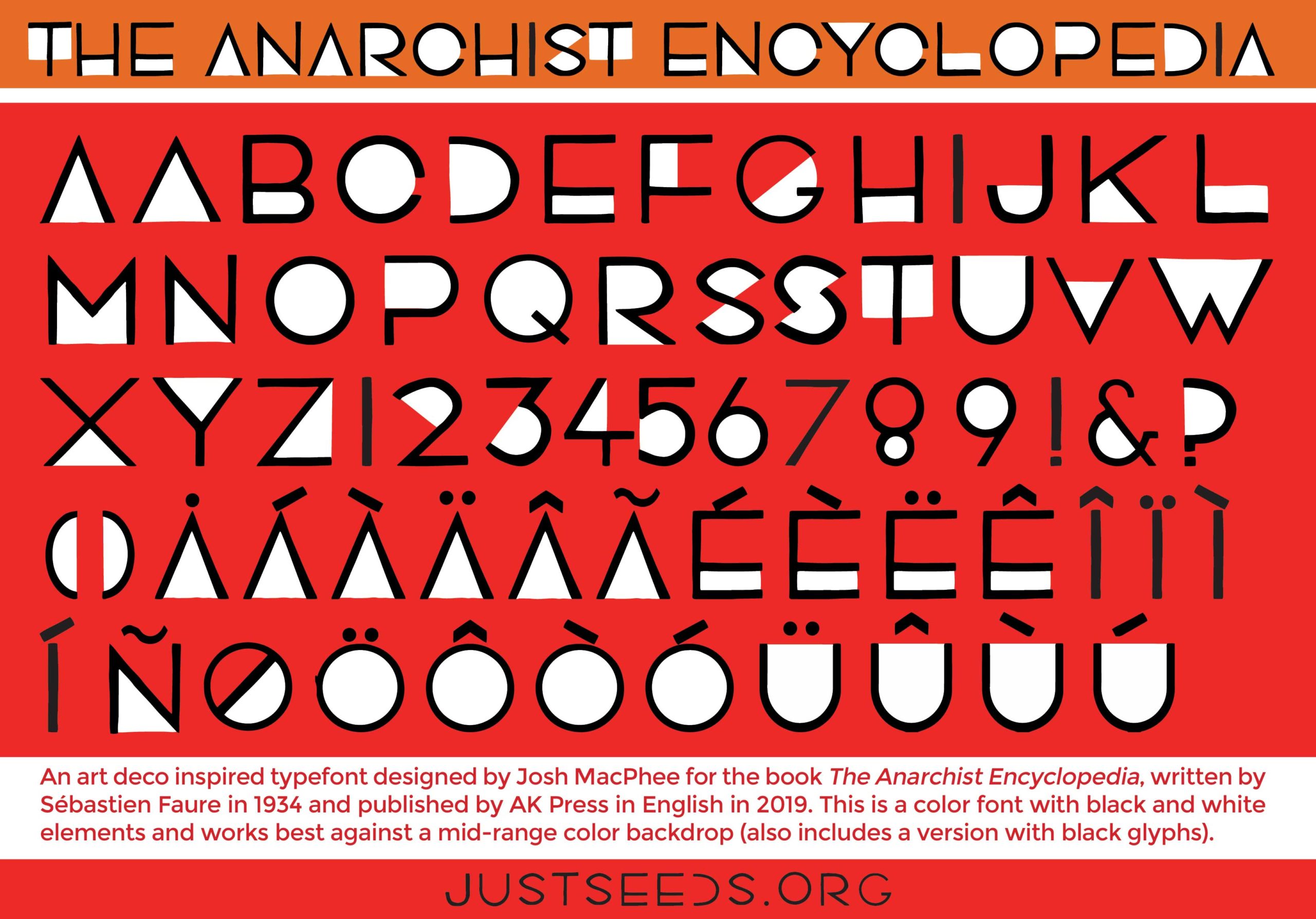 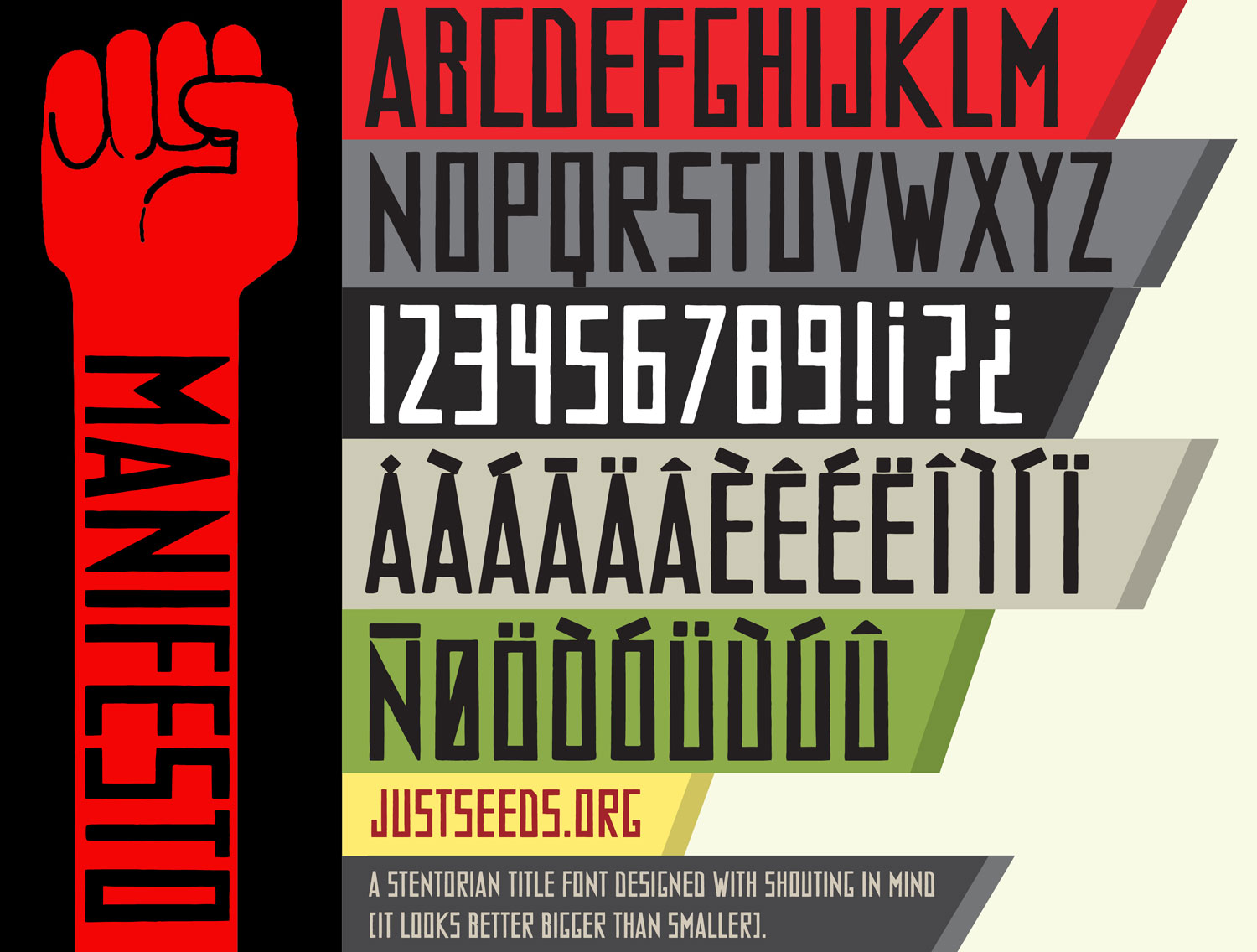