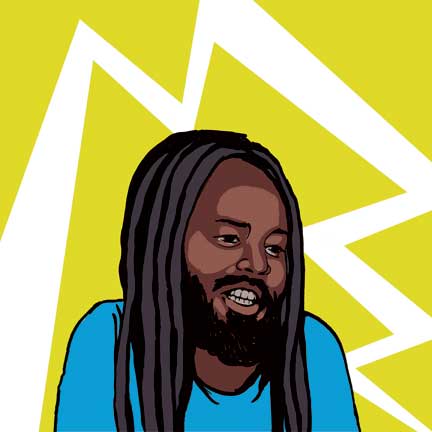 Mumia is a political prisoner who has been incarcerated since 1982. His arrest and incarceration was widely seen as a political because Abu-Jamal is a thoughtful journalist that wrote about the injustices that he saw. The jury and judge were seen as biased and the evidence was not sufficient to disprove innocence. Now there are new legal proceedings that may make his release possible.

The first big protest I attended as a teenager was in support of Mumia. In the years since his incarceration, the internet happened. And cell phones. With these technologies, awareness has grown of systematically racist policies in the judicial system. While it feels like a failure of my activist generation that Mumia is still in jail, it is clear that we now have more tools to expose the white supremacy that has underlined the actions of the justice department for the last century. Mumia is still incarcerated but he is still alive, so we can use our power word, “yet”. Mumia hasn’t been released – yet.