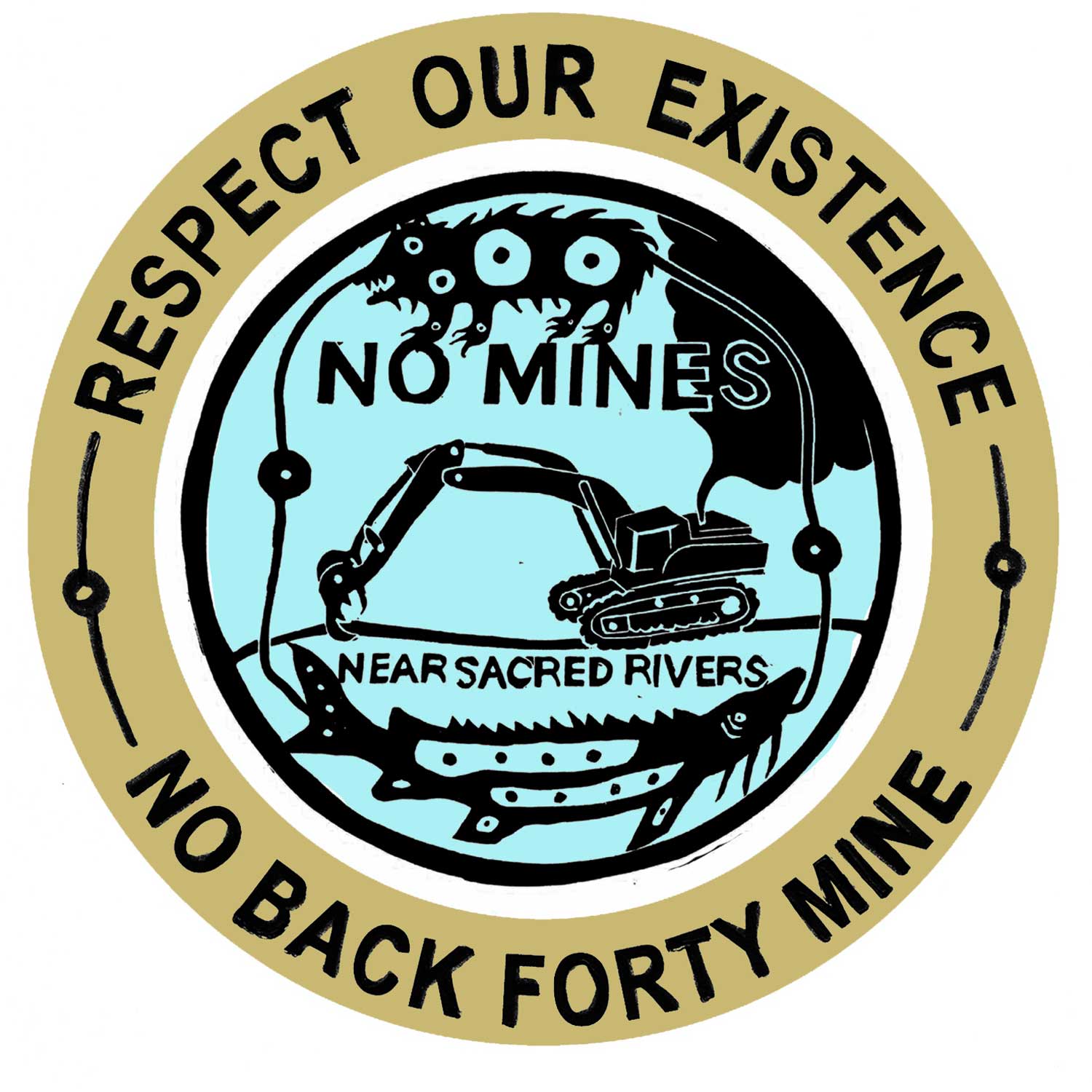 Image is for the movement against the proposed Back Forty Mine on the MI/WI border. (Guy Reiter from the Menominee Tribe guided us on the image ideas and the text.)

Image painted as a parachute banner for the People’s Climate March in Washington DC (April 29, 2017), screenprinted as t-shirts, and printed as patches during the MREA Energy Fair, June 2017 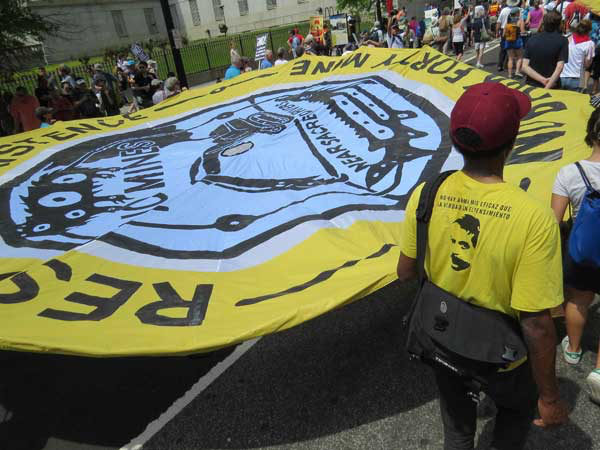 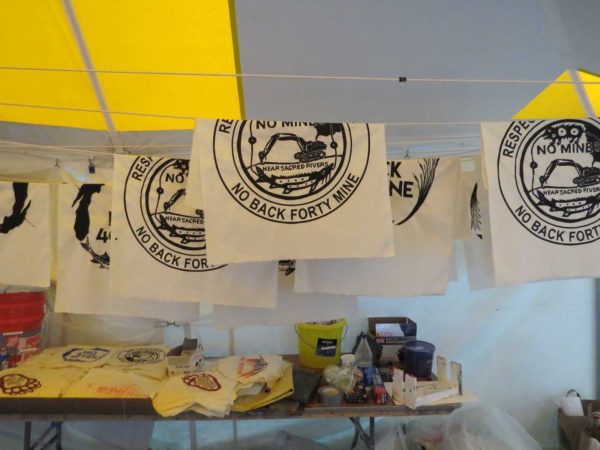