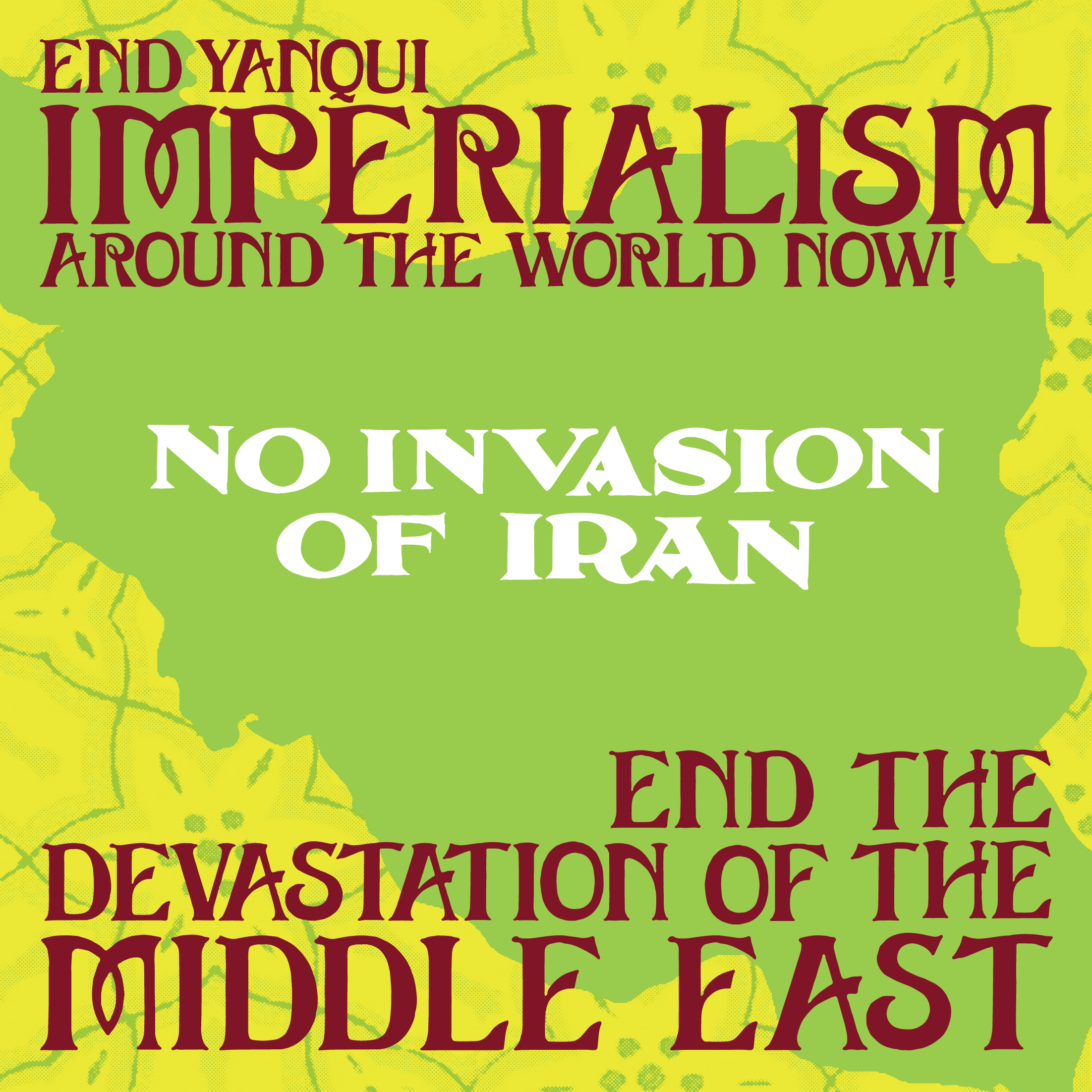 The question of invasion by the US is not just about a move on Iran, it’s part of the war being waged against the Middle East. It’s about people who have been struggling against Western Colonization and Imperialism, whose existence is constantly under attack by those who seek to exploit the land and extract its resources. The attack on Iran comes two months after new deposits of oil were found, giving the US new reasons to invade and take its natural resources while destabilizing the entire area and committing genocide against the people. This is the same struggle we’ve faced on Turtle Island as invaders have taken everything through perpetual violence. #SolidarityWithIran #SolidarityWithTheMiddleEast