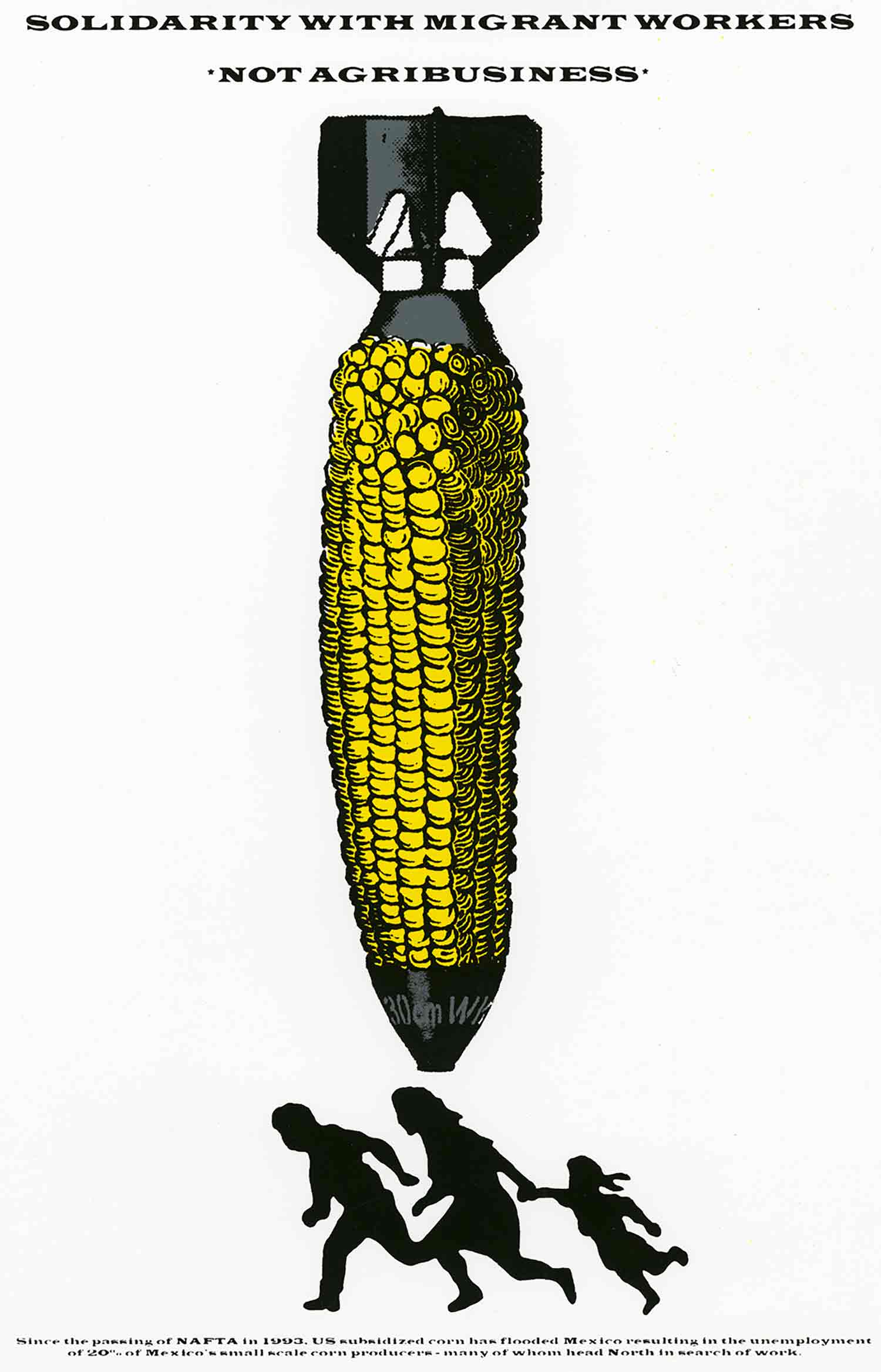 “Media attention on immigration issues rarely, if ever, discusses with any sort of depth the economic, political, and social factors that propel people to risk their lives to travel north across the border,” Lampert said. “Instead, individuals are blamed and a complex issue is reduced to a few soundbites – national security, terrorism, illegal immigrants, etc.” Lampert’s image frames the discussion from the other side of the fence and looks at the systemic reasons for migration. The small text of the print reads, “Since the passing of NAFTA, U.S. subsidized corn has flooded Mexico resulting in the unemployment of 20 percent of Mexico’s small scale corn producers – many of whom head North in search of work.”