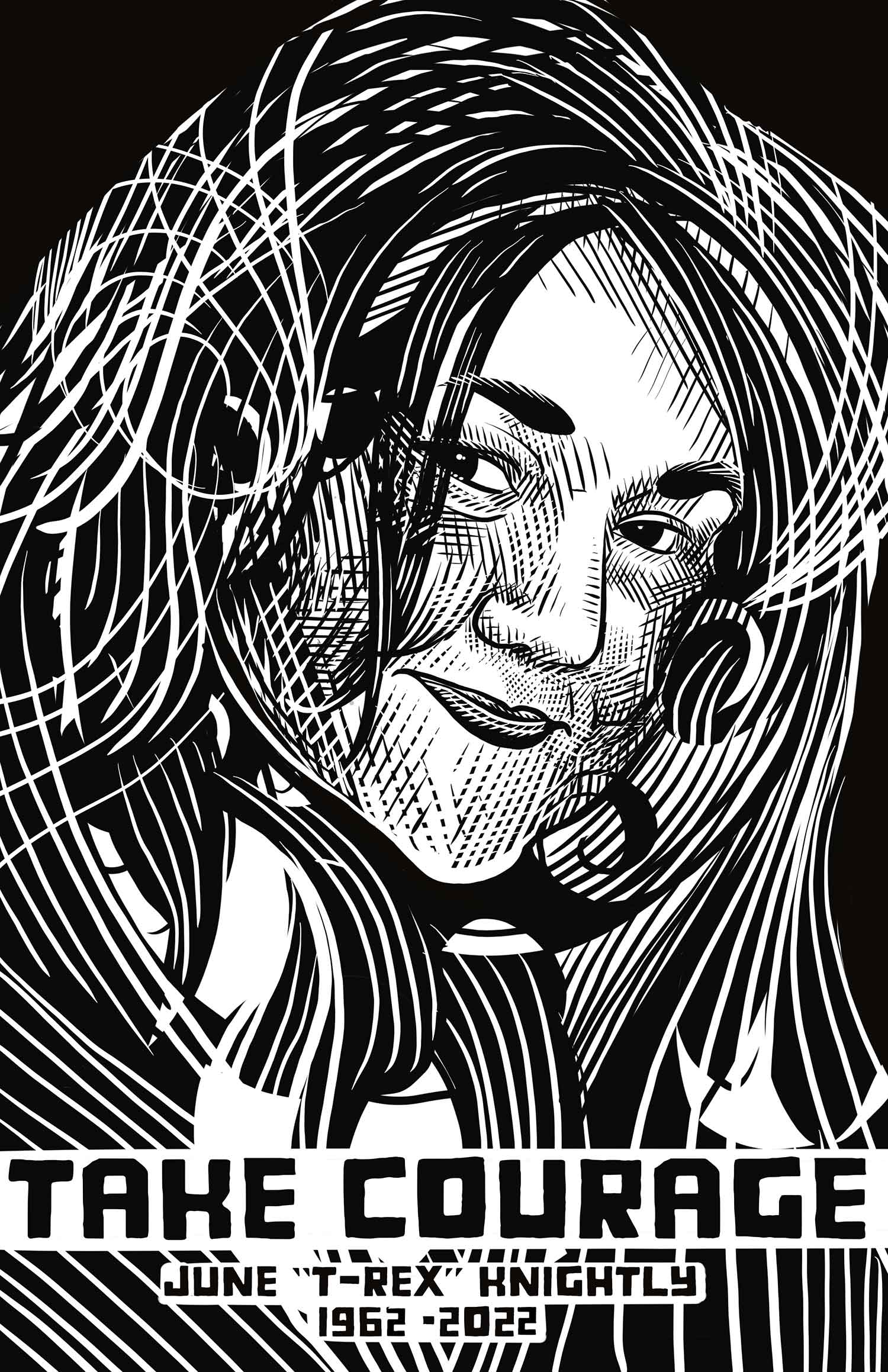 June “T-Rex” Knightly was a 60 year old woman in Portland OR, much beloved in the community of people involved in protesting for Black lives and against police violence. On February 19, 2022 she was attempting to defuse and disperse Ben Smith, an angry individual with a history of inflammatory right-wing online political statements, which included explicit threats of violence. While in her role as “corker” or traffic-director for the regular “Justice for Patrick Kimmons” march (demanding justice for a Black teen murdered by Portland Police), Knightly stepped up to redirect the rage of Smith as he confronted a group of women who were coordinating street safety in advance of the protest. Within moments Smith had drawn a pistol and shot five people, including a fatal shot at Knightly, before being felled himself by another individual.

The courage of people like June “T-Rex” Knightly, who put their bodies on the line to defend protests against this kind of ruthless right-wing violence, is nearly infinite. There is plenty left in her legacy for the rest of us: these movements for justice demand that courage, and they take it from the quiet power of people like June, who was ready to make whatever sacrifice was necessary to keep her community safe. Hopefully we can all feel that strong in the moment that counts.

Much love and care to all those who mourn her loss and fight on in her memory.