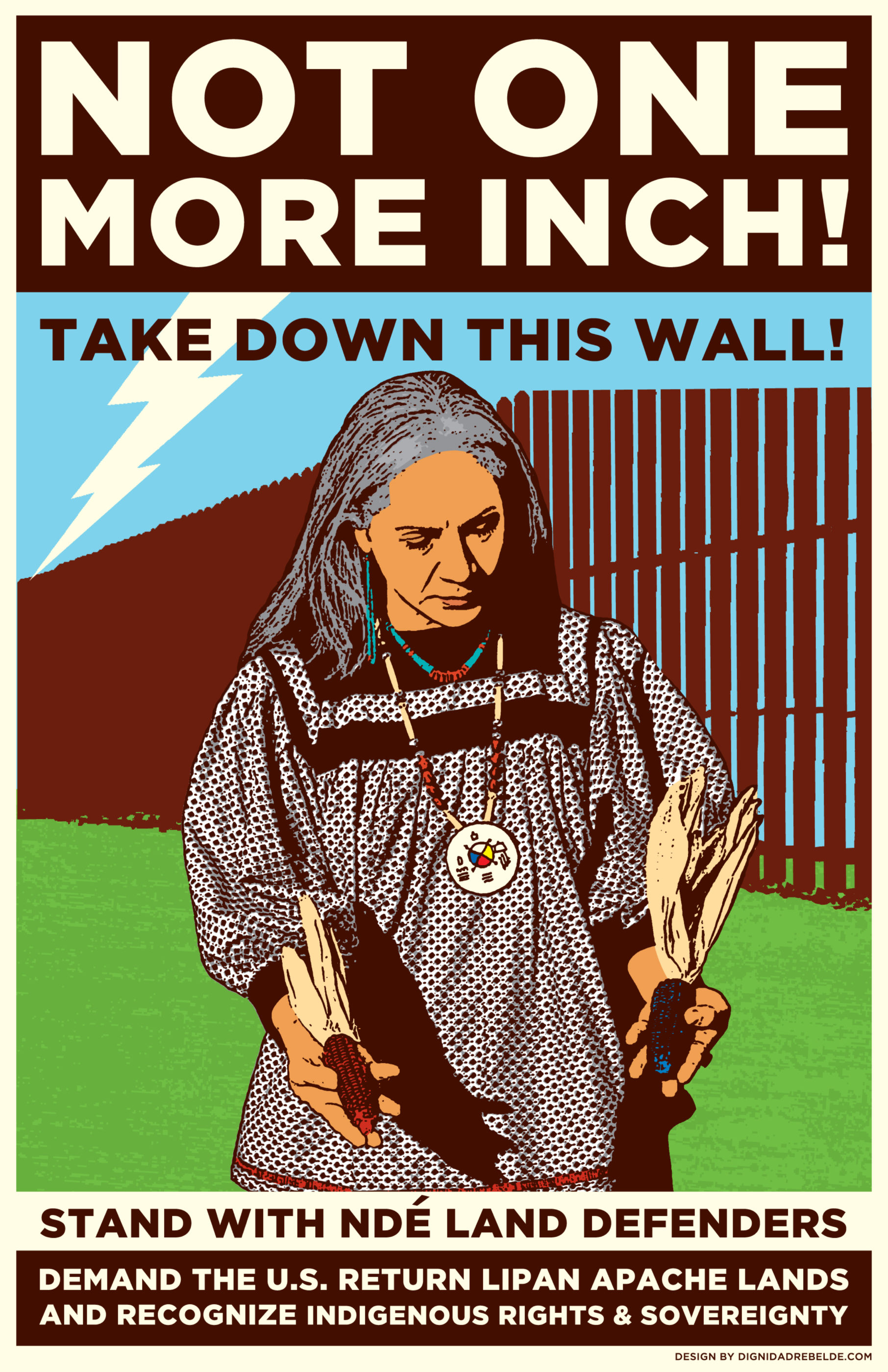 For the past year I have been in conversation with Ndé (Lipan Apache) Land Defenders whose traditional territories have been encroached upon by the U.S government , historically through the construction of the border wall, and contemporaneously through the ever increasing militarization of the border via the Department of Homeland Security. These actions by the U.S. government trample the sovereign rights of the Ndé over their land as well as creating an intersection of discriminatory “immigration laws” that target Indigenous populations from the South. I stand in solidarity with their organizing efforts which are many.